A change is as good as a rest, so they say

As Mark had to work this weekend I was able to have a change of scene too and a trip up to Derby.

The town has plenty of shopping opportunities and a lovely shopping centre, (and a soon to be new bowling ally, when Mark and his crew finish, lol) 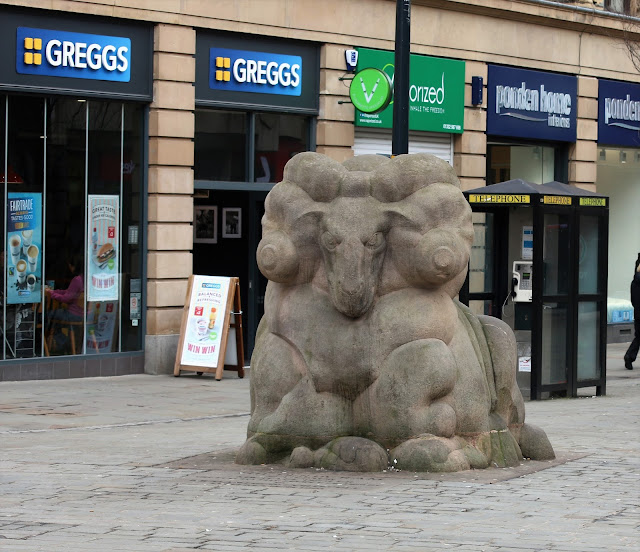 And discovered the bird man of Derby. 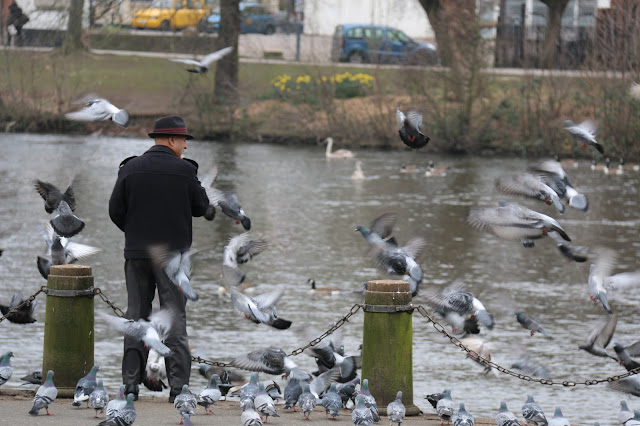 Twice I can across him feeding the pigeons by the river, I imagine this is a regular occurrence as he only called as he waked down the path and all of a sudden the pigeons descended.

Walking around shops is not something I particularly  like doing, so on Saturday while Mark was at work I took myself off to Hardwick Hall, If you want to find out more about Hardwick Hall and 'Bess' of Hardwick you can, here, and here.

There are actually 2 houses, the Old Hall, which is in ruins and the newer hall which houses the most amazing tapestries in huge rooms.

You can hire audio commentary, worth doing as you get to find out more about the family and this once beautiful house. 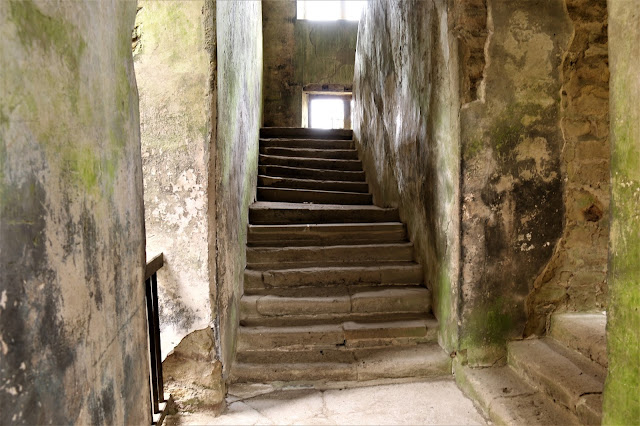 Old bread ovens in the kitchen 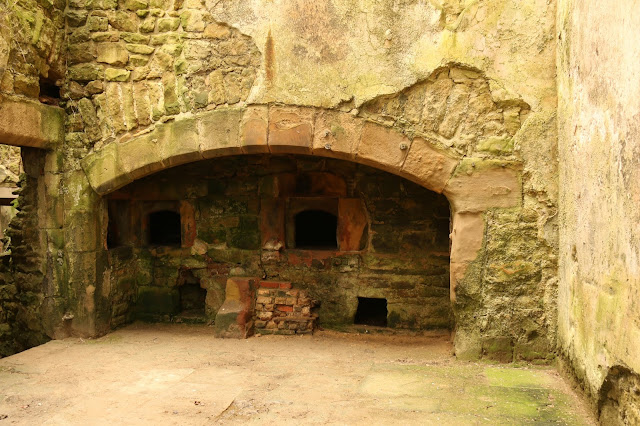 The rooms once had ornate plaster-work around the rooms, you can just imagine how grand it was. 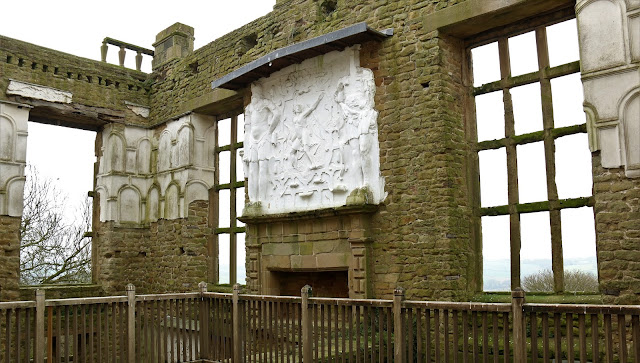 The views that the family had of the surrounding country side. 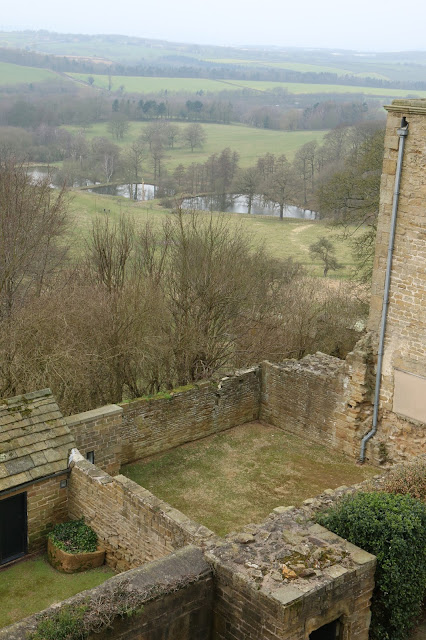 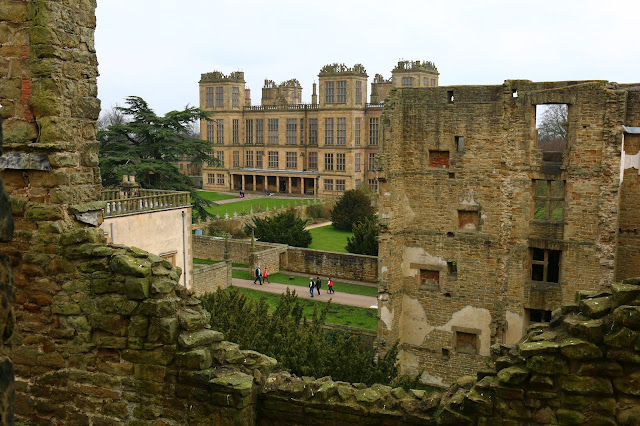 Harwick Hall from the front, the newer one that is. 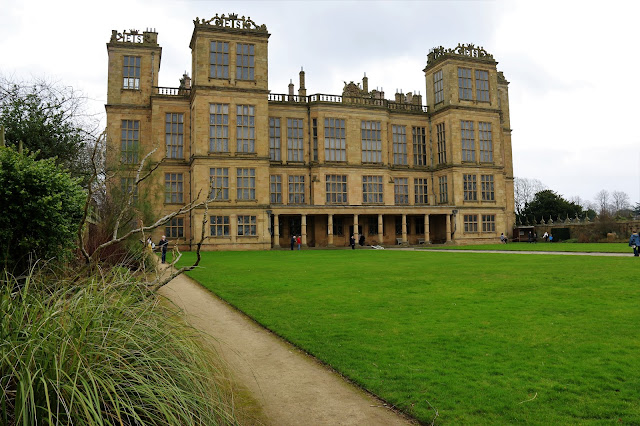 And the back, yes, it's almost exactly the same

Some of the amazing tapestries 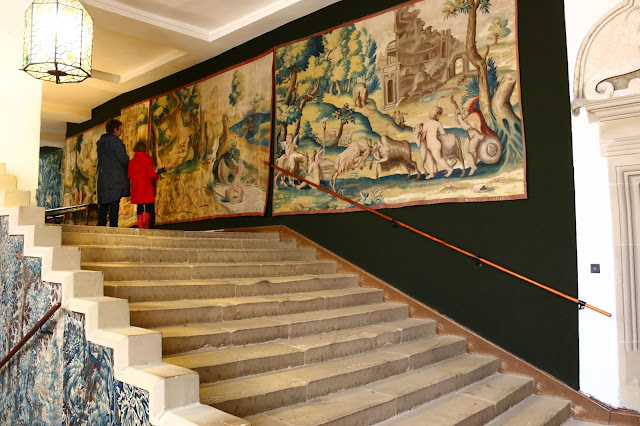 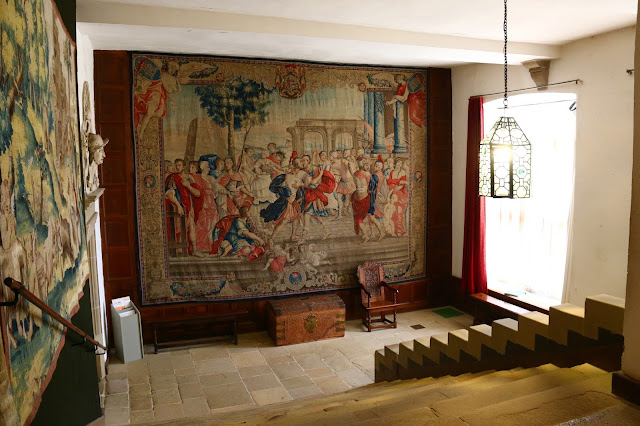 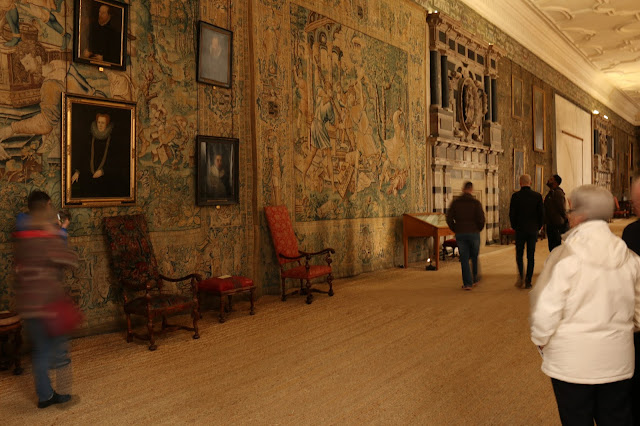 One of the huge fireplaces 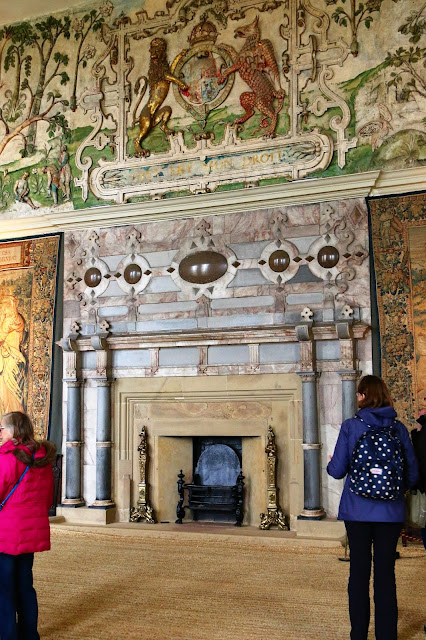 There are some lovely walks too but as it was still rather muddy and I didn't have sensible walking footwear on I stuck to the main grounds, there were still some colourful spring flowers to see though 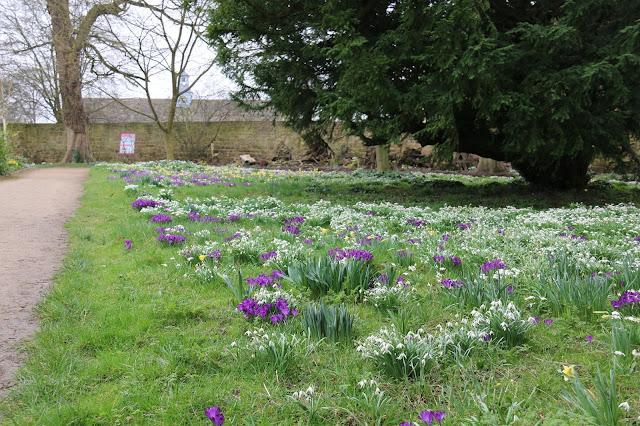 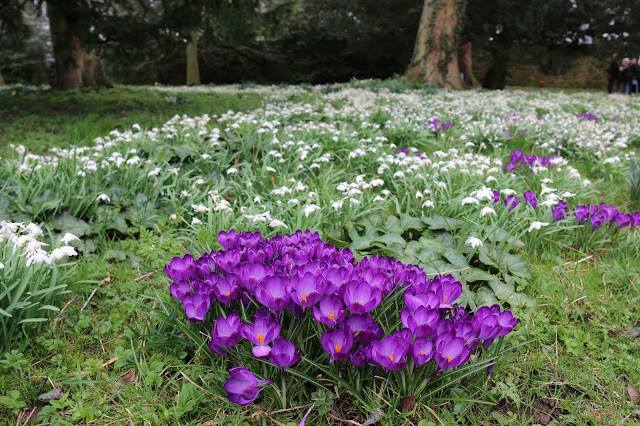 And a cheeky statue, lol 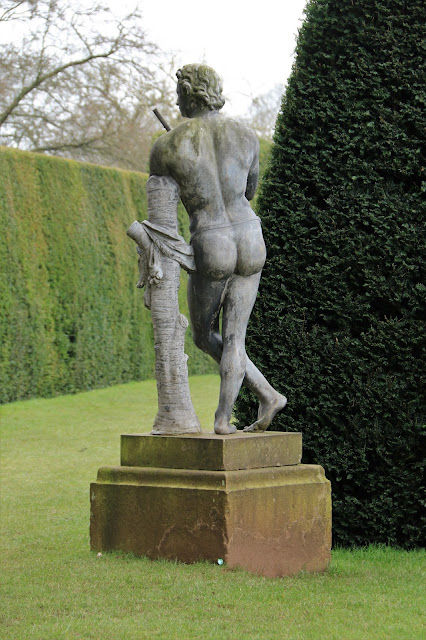 I was able to use my National Trust membership for my day out, we made good use of our NT membership last year, although this is the first time I've used it so far this year hopefully we will find time to visit more places during the year.

Derbyshire is such a lovely county, there's so much to see and do there. It's nice that you're able to go with Mark when he's working, you get to see other parts of the country that way.

I enjoyed this post very much Maggie. Thank you for sharing your adventures!

You have some beautiful pictures of your visit to Hardwick Hall.

Thank you, truly, for your pictures. I am fascinated by grand buildings and ruins...we don't have much of the sort here in the US. I love learning about their history! And the tapestries, so amazing.

Looks like a lovely place to visit, and sounds as though you really enjoyed yourself.

What beautiful tapestries, I love looking at old tapestries and thinking about the women who would have sewn them xx

Very nice to read about something historical. Thank you!
Miriam

Thank you for sharing your time in Derby! Wonderful pictures and it seems like a great time!

I love to visit old places, particularly when they are in ruins, and to learn about their history. These tapestries are amazing, so beautiful. Thanks for sharing the pictures of your visit.

Lovely photos, Maggie. And a cheeky bottom to finish with - perfect! 😉