After the animal feeding on Monday we visited Treyarnon Bay armed with bucket, spade and fishing net.

Oliver had great fun in the sea, he was so excited and just ran right on in, although it was freezing in there many people were doing the same thing, on the other hand I was content to just get my feet wet. :-) 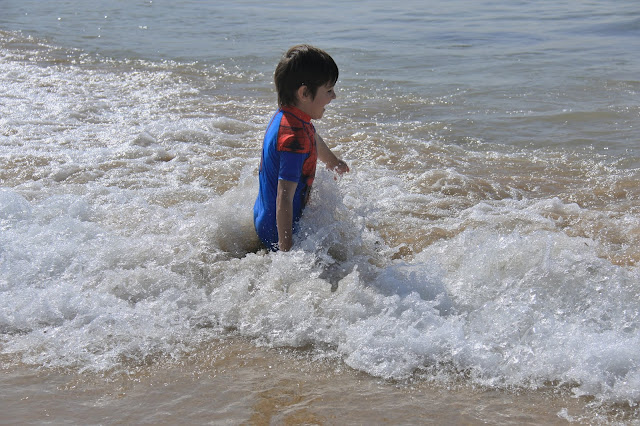 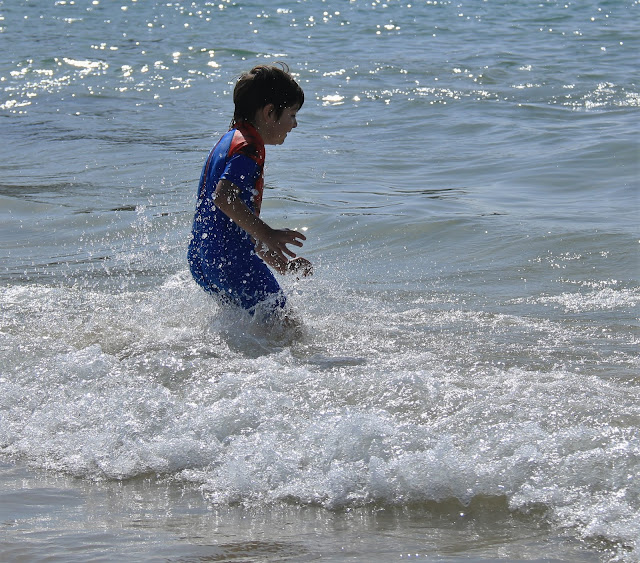 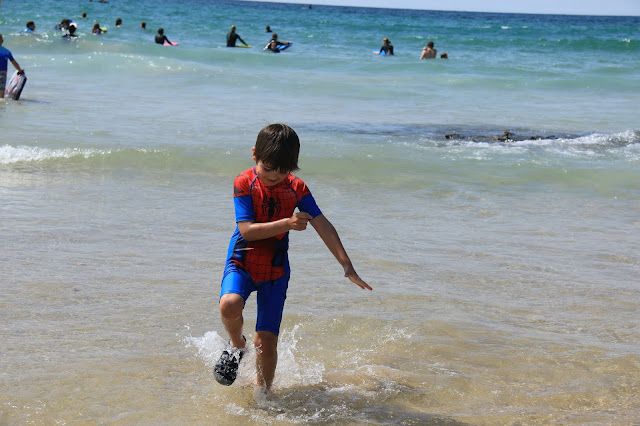 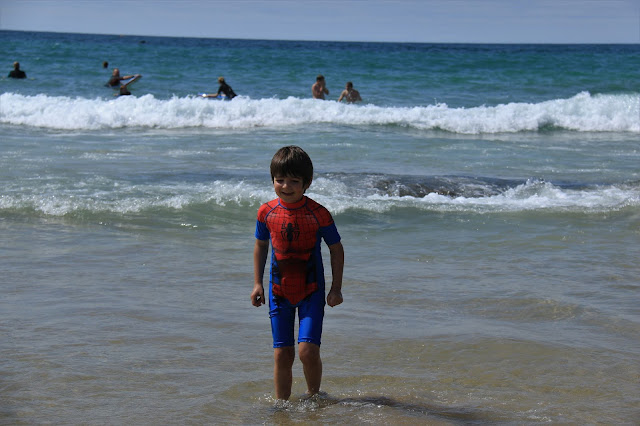 We managed to catch some common shrimp,  although Oliver found it hard to concentrate for long on looking in a rock pool when there were waves to jump! 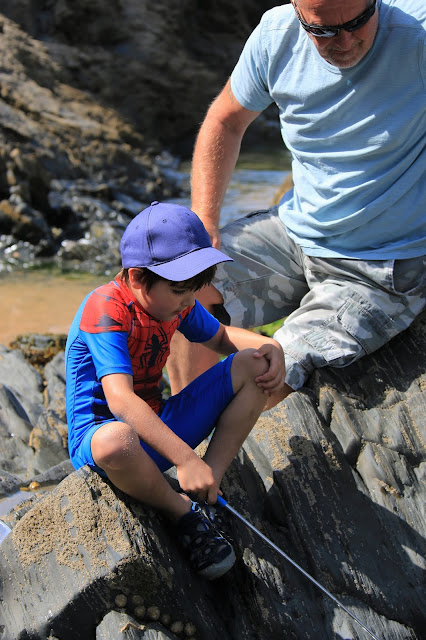 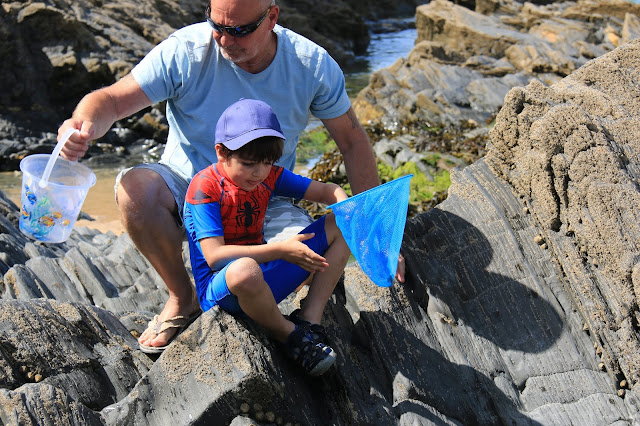 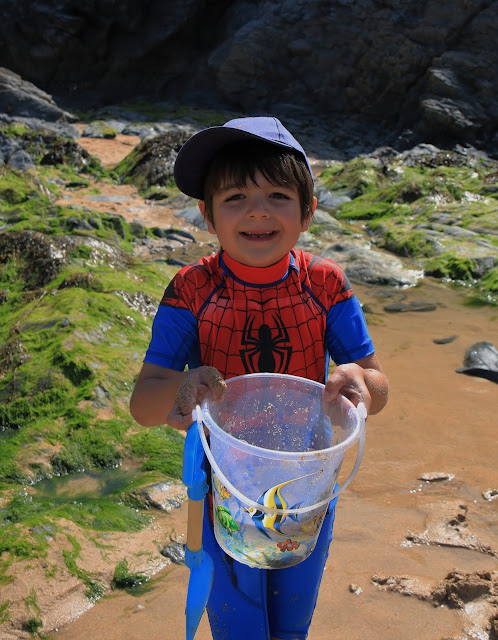 Can you see them? 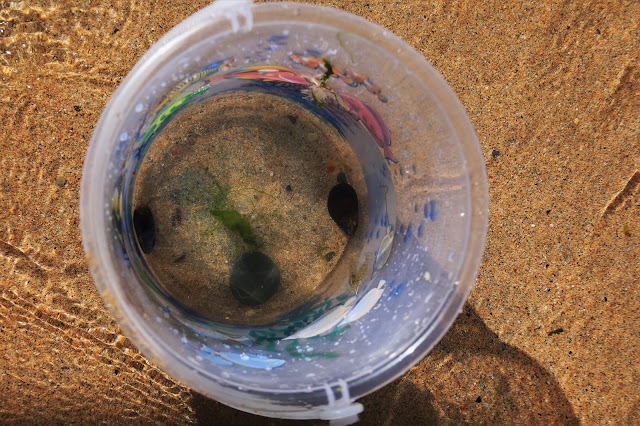 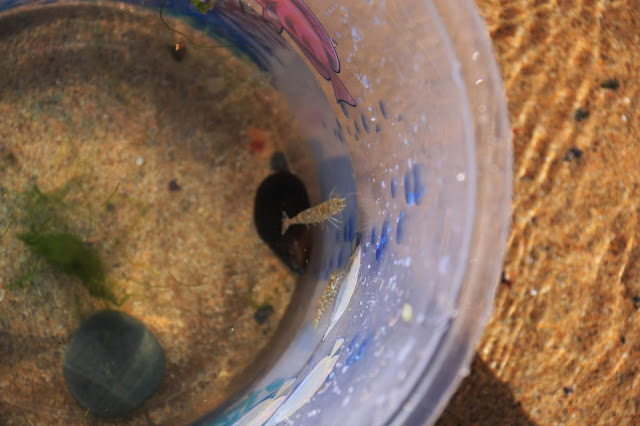 Granddad had fun showing Oliver how to dig a hole so that it filled up with water and explaining how the water in the bottom was the same level as the sea, yeah, too technical granddad, sometimes I think he forgets Oliver is only five, lol 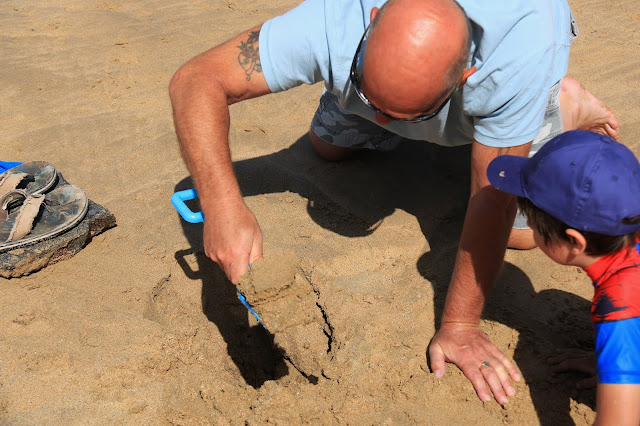 Treyarnon Bay is a lovely beach and lots of people were taking advantage of the beautiful weather we are still having. 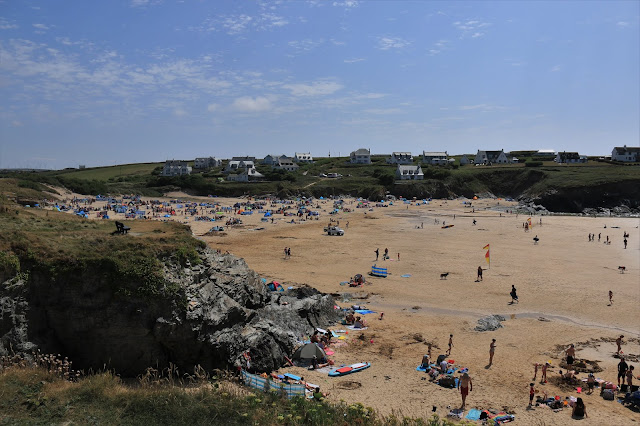 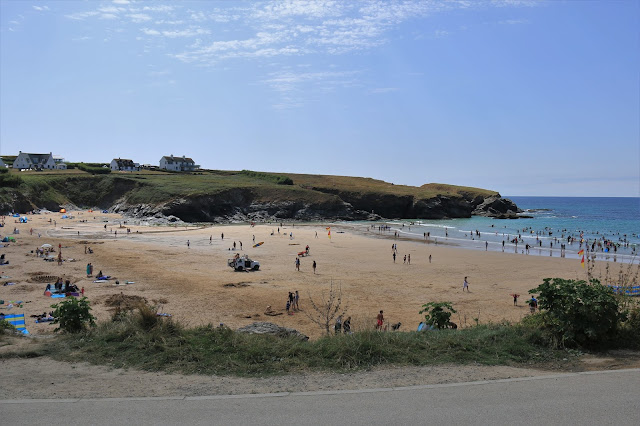 Today we slept in past animal feeding time, all that splashing about must have worn Oliver out!

We did set out to visit Port Issac after breakfast and made it as far as the car park but after driving round it for about 15  minutes and not being able to park we gave up and went to Bodmin jail (no photos and to be honest it was over priced and not that interesting), then we went onto a lovely little town called Lostwithiel where we had a lovely cream tea.  There were a couple of really lovely crafty /shabby chic shops and a lovely little yarn shop, but alas it was closed, which could probably been seen as a good thing because I pressed my nose up against the window and they had some gorgeous yarn.  Mark did say he would take me back before we went home but it was a good 50 minute drive, so we'll see.
-X-
See you soon...... Maggie

Love these sweet photos of Oliver!

Hi Maggie lovely post of wonderful times you are all having,Oliver is having so much fun in the water xx

Lovely memories you are making, a town with wool shop and good cream teas sounds perfect.

It sounds like Oliver's having a lovely time. Port Isaac car park, nightmare, there's another car park just on the way out of Port Isaac too and that's not quite so busy. Bodmin Jail is somewhere that's been on my list of places to visit but I don't think I'll bother now. Looking forward to hearing more.

Oliver is adorable and I can see that he had a wonderful time and I'll bet sometime soon he'll say .....you know what Grandma ---- the puddle is the same depth as the sea.

You'd be surprised what sticks in their minds! But, most of all he'll have happy memories of the farm and the bay. (Probably NOT the yarn store. LOL)

Looks like Oliver had a grand time... It must be such a delight just watching his excitement and happiness :)

Fabulous fun photographs.
Times like these are so special.
Oliver is loving the water.

Your photos are incredible! You have a lovely family and that baby a couple posts down....scrumptious! So pretty!

Kids excitement I think keeps them from getting cold...for at least awhile, I'd be like you feet only. Looks cute in the spider man outfit. Looks like a good time was had by all.