A wonderful day out

We gave the Mums and Dad's a day off yesterday and took all three grandchildren to the zoo for the day.   There is only nine months between Bonnie and Arthur so the practicalities of pushchairs and car seats and all the paraphernalia that small humans have means that I have never had both of them together.  My car isn't big enough to hold three car seats and two pushchairs so for our trip yesterday we did a car swap with Joanne as she has a seven-seater.

The weather was kind to us, it was warm but not too hot to walk round and the kids were really well behaved, we encountered no tantrums.  But it did take both me and Mark to look after the two little ones, they had reins on when they wanted to walk about,  but goodness they might be small but they are fast!!

The zoo is very close to us so they have all three been many times, Joanne has a yearly pass so they are pretty frequent visitors but they still enjoy seeing all the animals and we had a great time.

Bonnie letting Arty have a go at blowing her bubbles 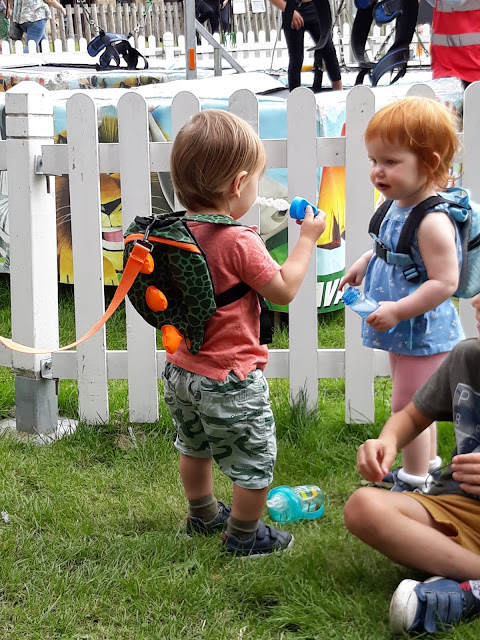 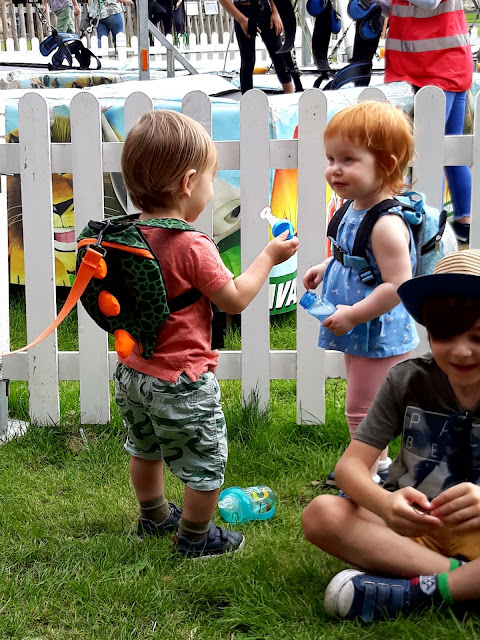 Big brother giving telling him how it should be done :-) 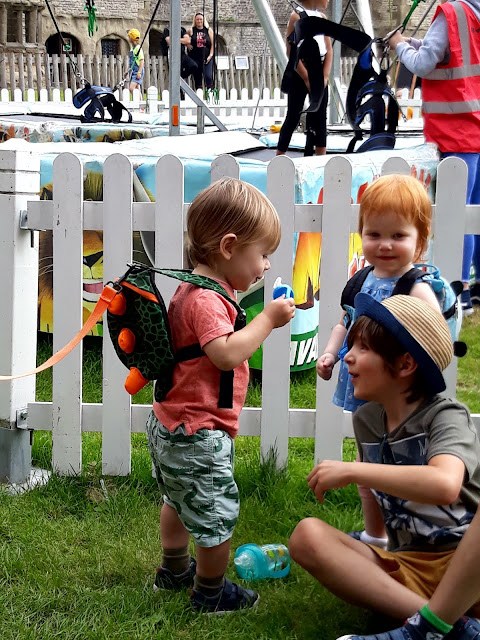 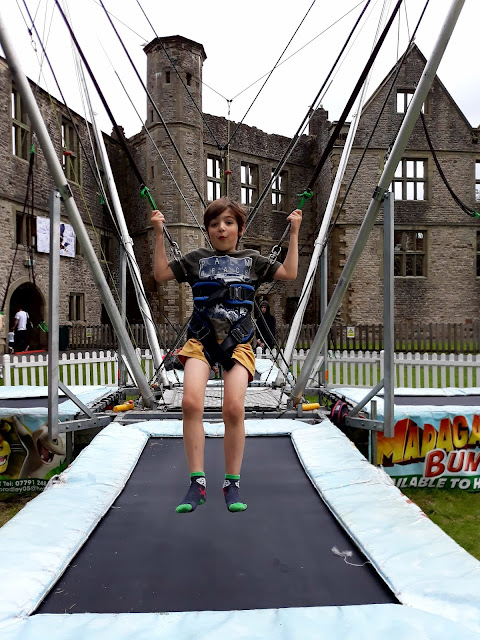 Dudley zoo no longer has elephants just this statue which stands just opposite to where they used to live. 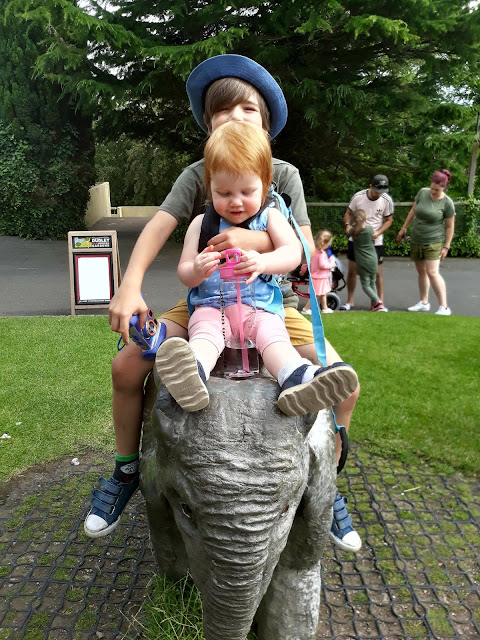 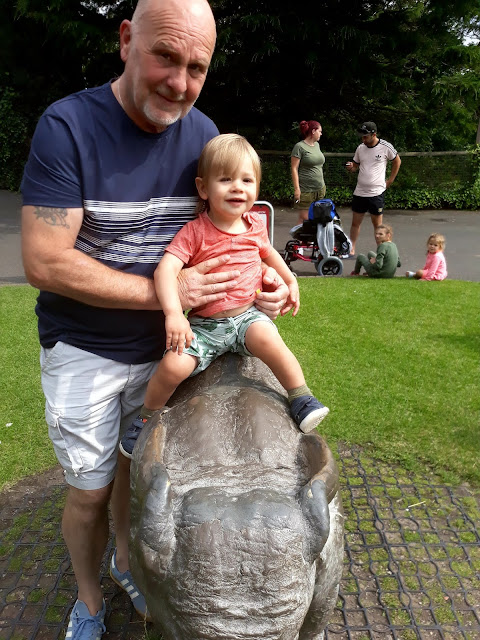 We saw the parakeets up close 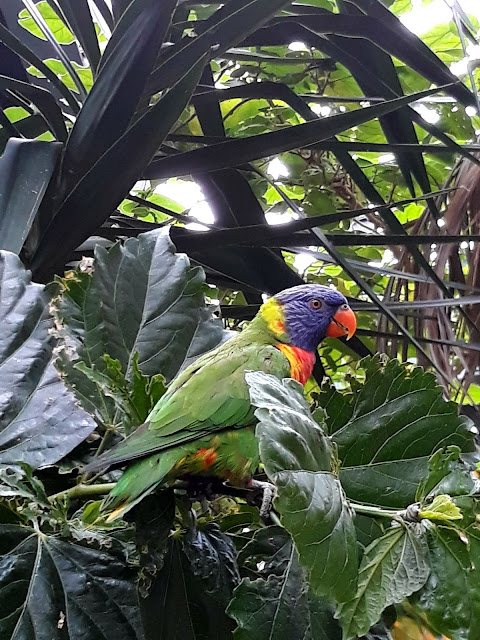 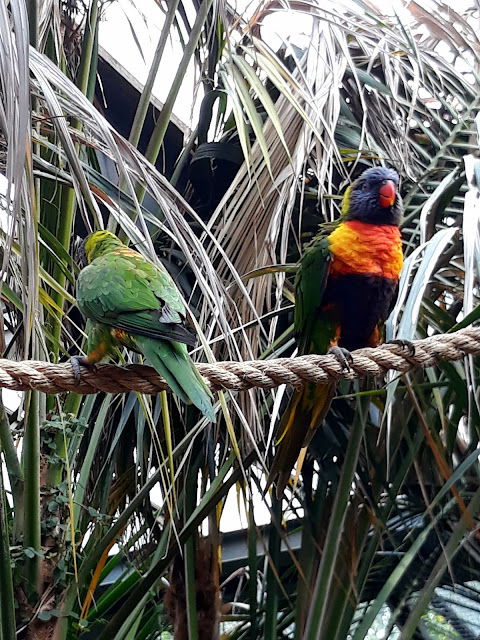 And the Ring Tailed Lemurs - This one was quite happy to pose for several families to take photos before he thought he's done his bit :-) 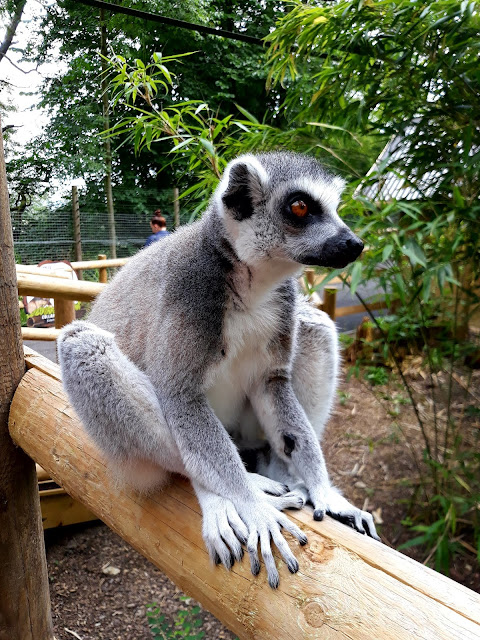 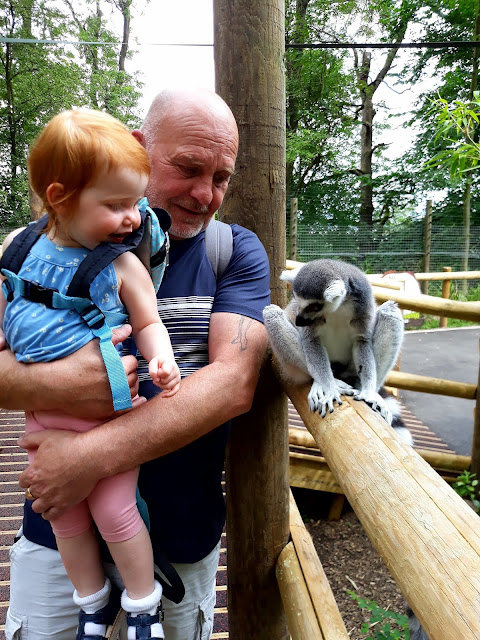 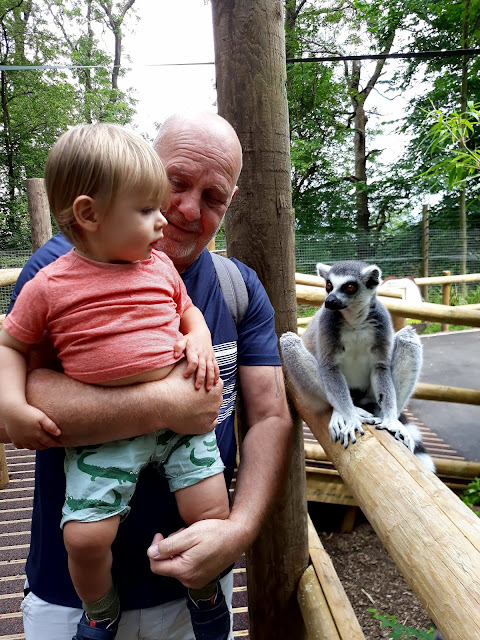 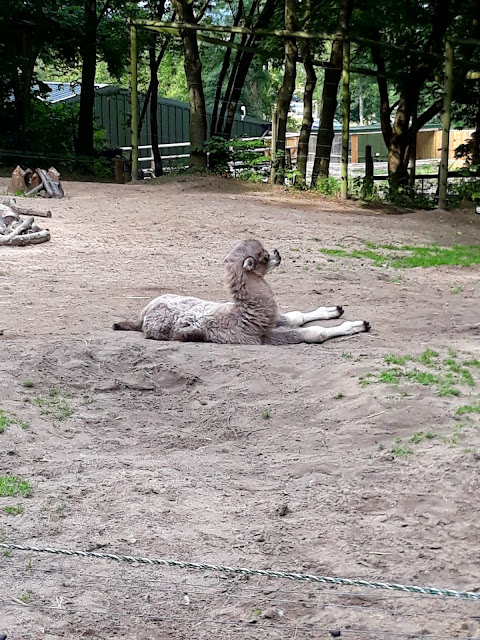 With his not so cute raggy mum! 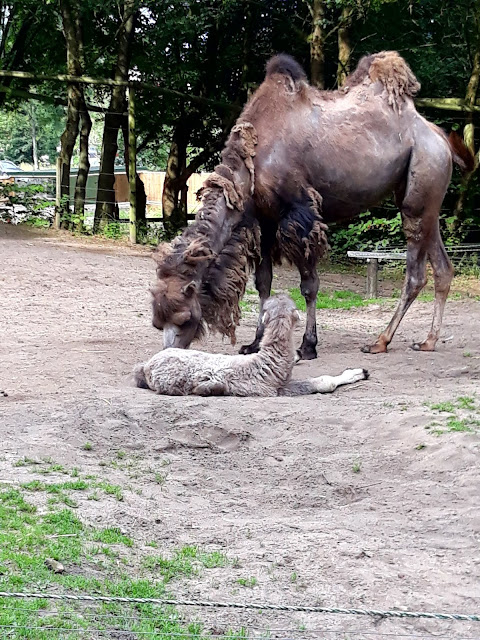 We saw the chimps, which I still find very weird 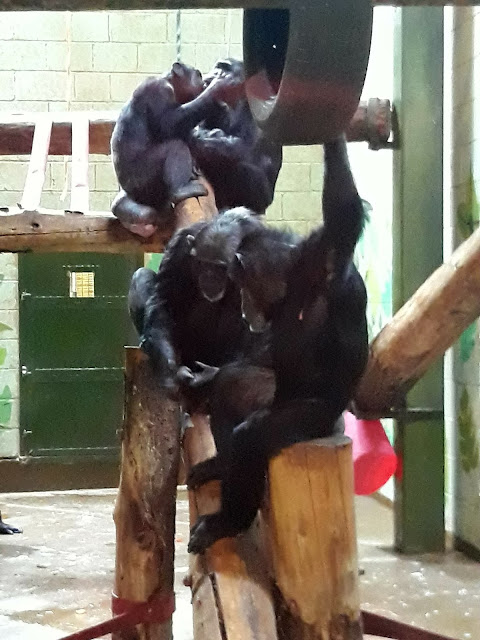 But Arty was particularly fascinated with 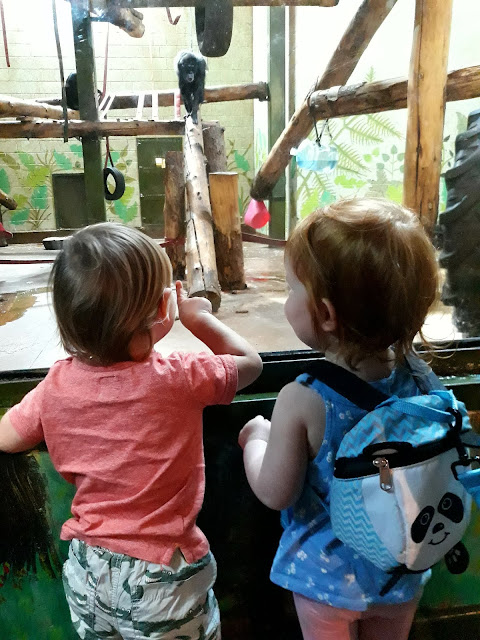 He was also in awe of the lovely gently giraffes 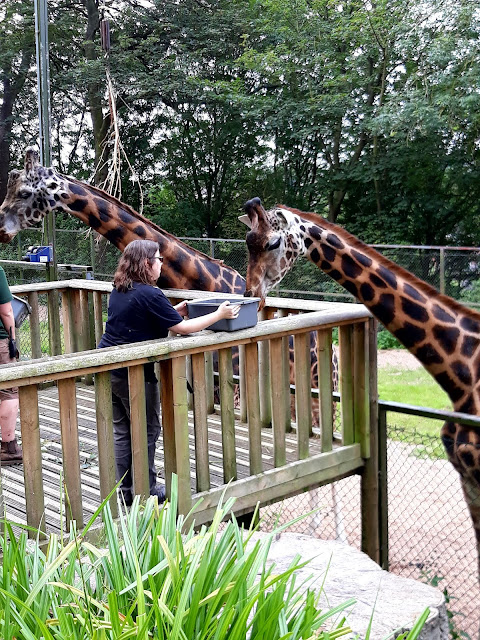 But Bonnie wasn't so sure of the Sea lion - he was big, not sure you can see in this photo just how big he is.  He does look very much like a lion don't you think?  he even has the mane.
Isn't nature strange. 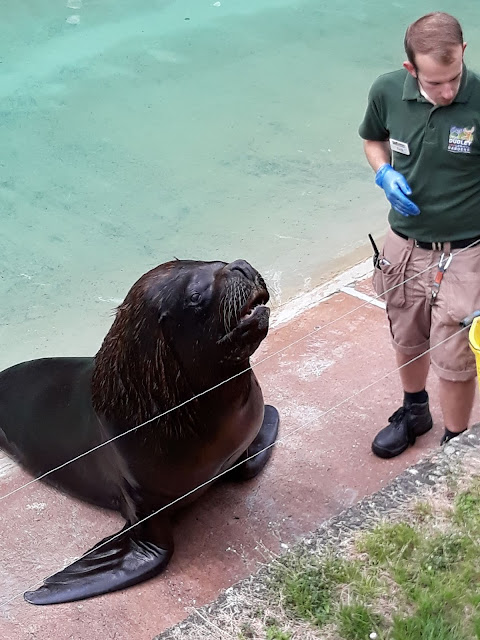 We had a picnic, which involved more running round after Arty than sitting down, lol 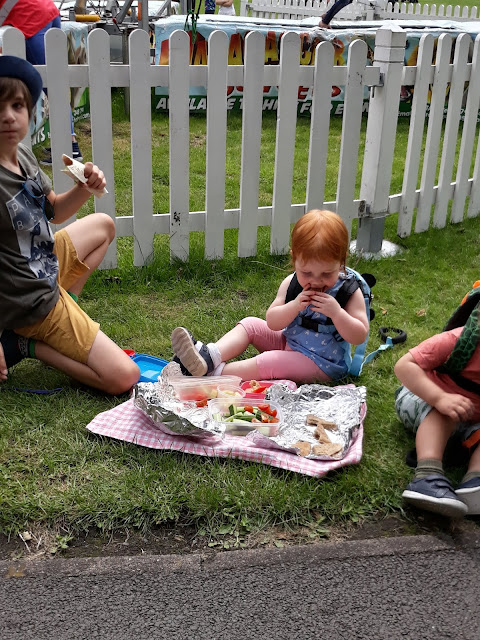 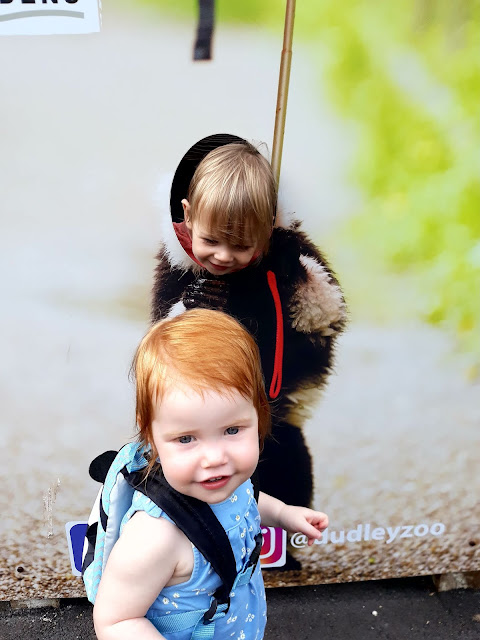 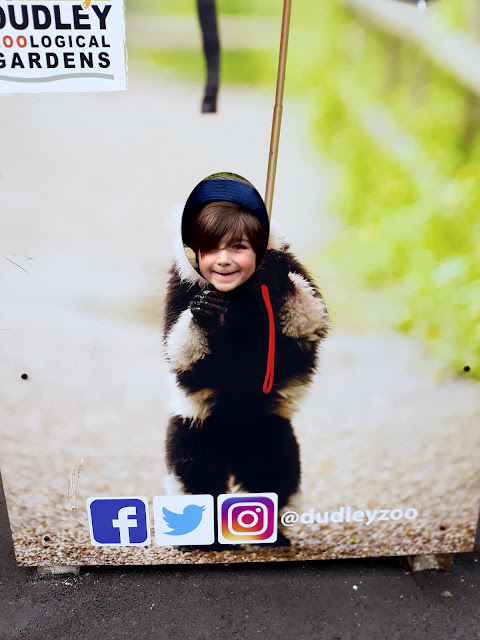 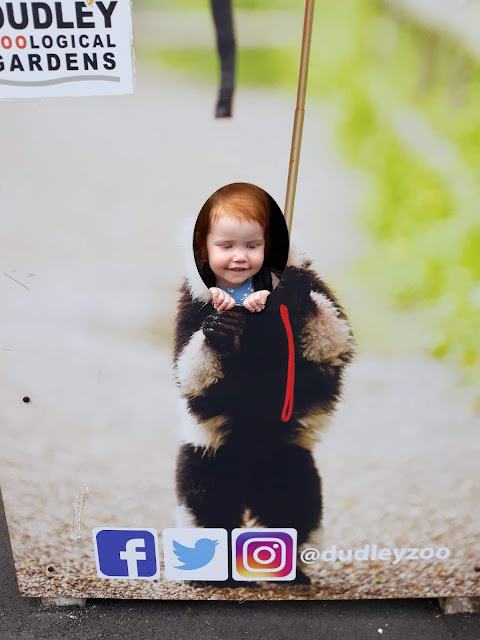 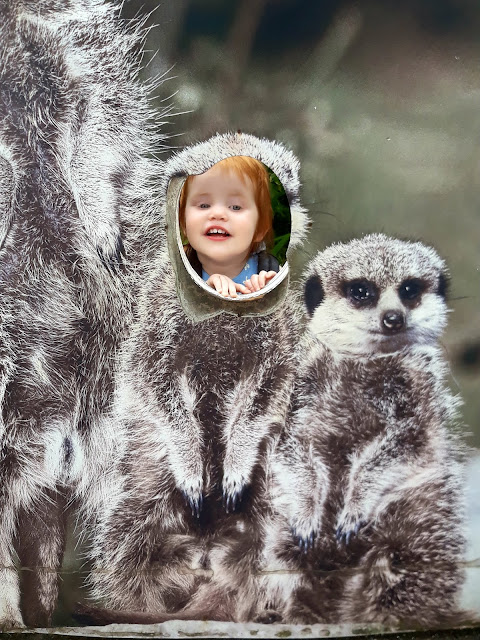 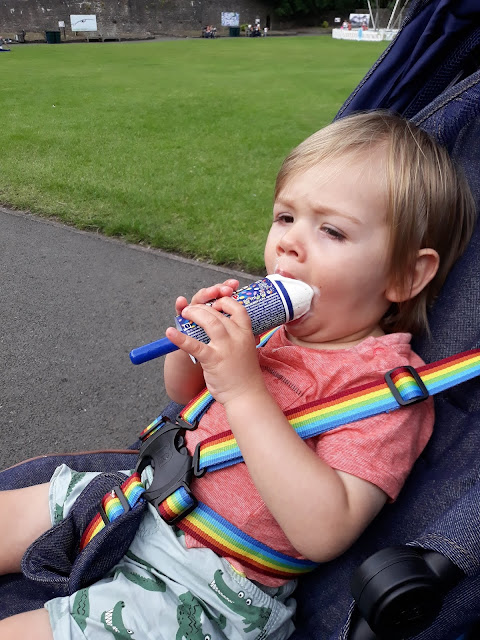 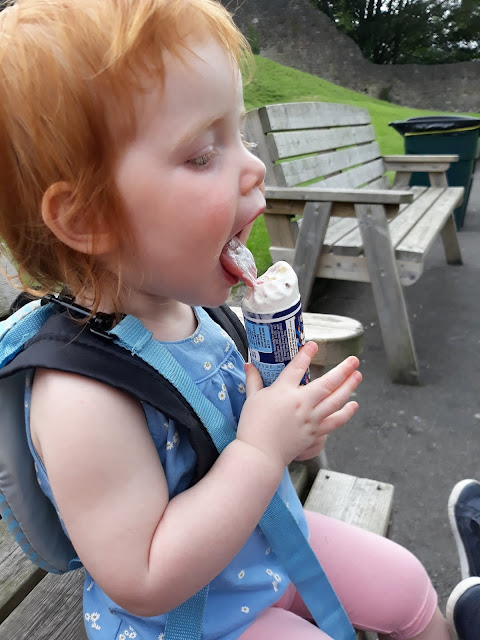 But I only managed to get one photo with all three of them together, just as we were leaving.

They each chose a stuffed animal from the shop on the way out, because you can't go out for the day without coming home with a treat, can you :-) 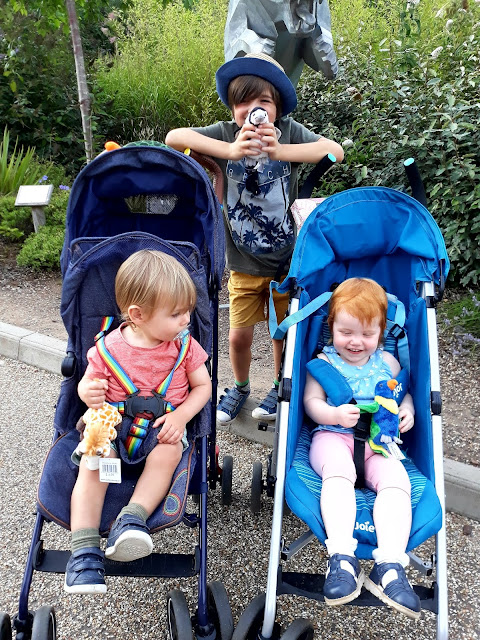 I thoroughly enjoyed our day with these three little people, they really are a joy, I love them so much, my whole world is in that photo above 💕💕💕

I think the mums and dads had a good day too,  it's not often they get to have a whole day child free so they really appreciated it, although both of them said they didn't know what to do with themselves at first, lol

A lovely trio, what a fun day.
I bet you slept well after your day out!

What a perfect day. Can you really get up close to the lemurs (or am I not seeing the fence).

I'm glad there are no elephants. I feel so sad for such intelligent animals being locked up and so bored.

Your grandchildren are cute. Zoo visits are always a highlight for children. I too enjoyed being in the zoo with my children. For hours they could stand in front of the animals and watch them.
You realize you have enjoyed the day.
Greetings Martina

What a truly wonderful day out! I remember the days when Mum and Dad took my children for days out ( this was usually on the steam trains ) I'm not a nanna yet, but maybe one day. Donna had a little denim waistcoat covered in steam train badges. Best, Jane x

What a fab day, haven't been to Dudley Zoo for ages.xx

What a perfect day, bet you were shattered after they went home, but it's wonderful memories for them and you. I loved your photo's they show a happy family together. We are having Will Saturday morning and overnight, so mummy and daddy can have a day together, they won't get many more before baby arrives.

That looks like such a fun day out for you all, though I can imagine the problems the logistics of taking all three of them out together causes when two of them are still so young, it's like a military operation with all the paraphernalia they need. It's nice that they're close in age and that they'll grow up together having shared memories. I didn't realise you'd be able to get so close to the lemurs, it looks quite happy sat there, and how cute is that baby camel. I love giraffes, they always seem so graceful.

I can understand just how you feel. What a wonderful day for all of you including Grandpa!

Adorable grandchildren! Oliver though sure has grown. I remember when you announced his birth here on your blog. Looks like all of you had a great time!

Oh Maggie, what a wonderful day out you all had.
We've just spent time with some of our grandchildren and it really is one of the best things ever!

Lovely post and that last photograph with the three of them together is just wonderful. Grandchildren really are a joy :)

I hope you've had a great weekend, my good wishes for the new week ahead.

Oh, these are wonderful photos, Maggie--both of your sweet trio of grandchildren and the zoo animals. They sure are growing up quickly and they look like such sweeties--you are very blessed to live nearby! Enjoy your day!