I've tried growing tomatoes a few times but never had great success, so this year I decided to try potatoes instead.  Knowing my track record isn't all that good for growing edible things and not wanting to spend any money I used a large planter that had been empty for a while and just bought some seed potatoes.

I say me, but it was in fact Mark who did the planting and I did most of the watering, so I suppose it was a joint effort :-)

I had no idea how long you could leave them in the soil before they rotted, so today we emptied the whole pot and this is the rest. 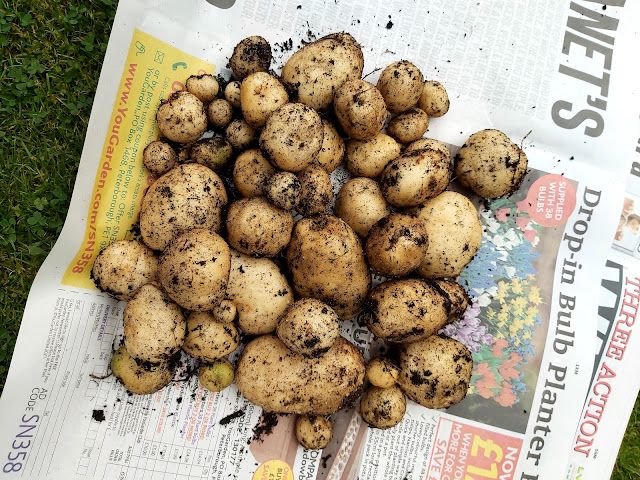 Not bad for very little work, and more successful than tomatoes.  I have no idea if they taste any different to shop bought potatoes, we are going to try them tonight so I'll let you know.
I popped to Home Bargains on Thursday and they had some Viola's and Pansies on offer, £1.49 for a pack of 10 plants.  You have to be quick if you buy plants from Home Bargains because they don't water them, luckily I think they had only come in that day so I bought 20 packs.
I filled the window boxes

I filled my three tier basket 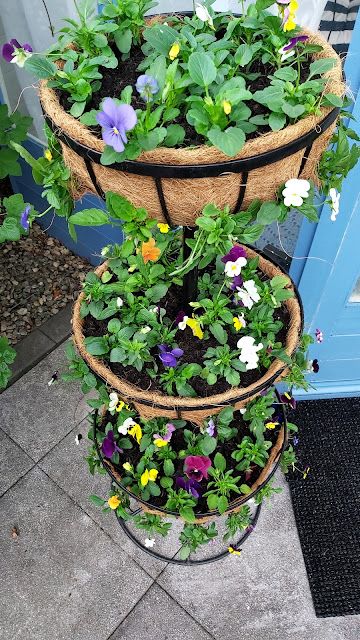 And a hanging basket 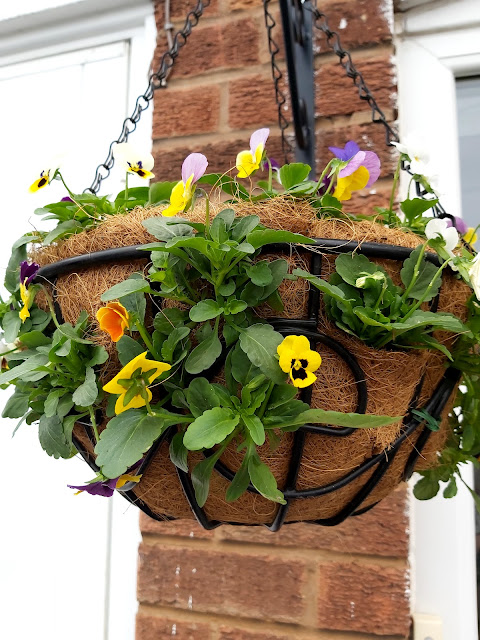 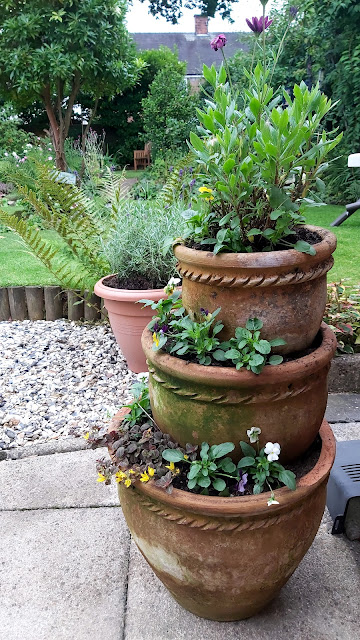 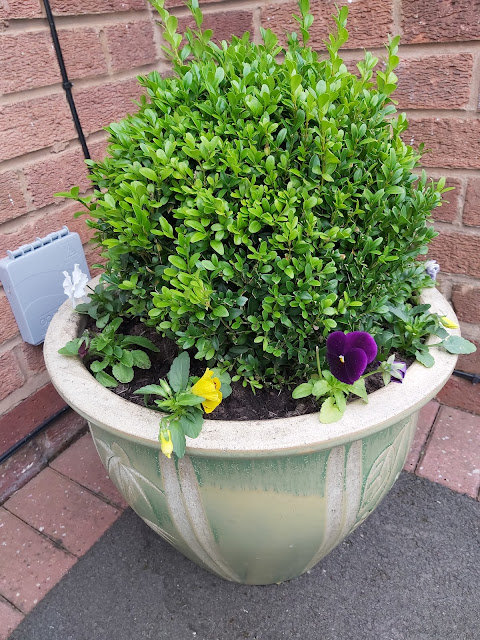 I planted these Violas up about three weeks ago, again bargain buys, this time from Aldi.  Hopefully my new ones will do as well as these have. 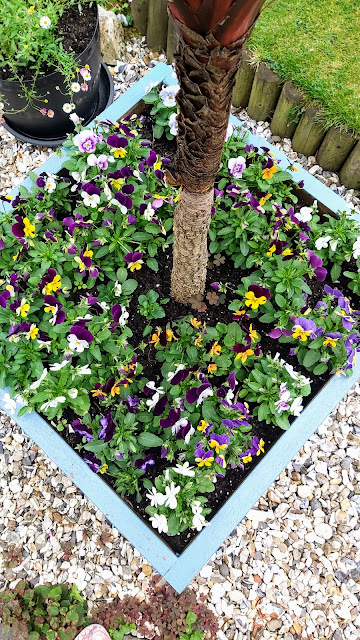 I'm ready for Autumn now and fingers crossed I will still have some bright spots to look at in the garden for a while to come.
🍂🍂🍂🍂🍂🍂
-X-
See you soon...... Maggie

Wonderful Maggie , I bet they will melt in your mouth .
We also just brought a load of Pansies for winter , our Winter ones from last year are still flowering , I go out most days cutting off the dead flowers because if they go to seed they do die , but now it's time to change for the new winter ones .Enjoy your week.

I love pansies and violas, my pots are still looking good, but I have loads in small pots ready for when I need them. I love your pots.

Your garden is beautiful. Who doesn't love a bargain buy!!!!

Quite the potato crop you got.

Gosh you have been busy, with great bargains. Our potatoes this year have grown well too, but when I cook them they split, no matter how slowly I bring the water to the boil. Haven't had this before, hope yours perform better.

I think the potatoes look good.

Your garden looks wonderful, what a great buy the viola's and pansies were :)

Oh how great, your own potatoes are sure to taste particularly good, great.
We have a lot of small tomatoes this year, but the sun is still missing a bit, we had to wait a long time until they were ripe.
Wonderful flower decoration.
Enjoy your week.
Martina

Your spuds have done really well. I love home grown potatoes boiled with a little mint and then drizzled with butter, mmmm delicious. That's a good buy from Home Bargains for your violas and pansies, a good price when you want to buy plenty to brighten up the winter pots.

Great job on your potato farming, Maggie :) We grow lots of tomatoes here (which I can't eat due to heartburn issues), but not potatoes. Perhaps we'll give it a try next year! I so love your violas and pansies. I never think of planting them in the fall, but they certainly would thrive in this cooler weather. They are just such cheerful little blooms. Hope your September is off to a great start! ♥