Is It a Plant or Is It a Weed?

It's been such a beautiful day here in the UK and we know that when the sun shines we have to make the most of it because it has a habit of going missing for weeks on end :-)
I've made the most of the late afternoon sun by sitting reading in the garden, such a treat!
Before I came indoors i thought i'd take a few photos to share, if you are a regular reader of my ramblings you will know how much i love my Hostas.
I re-planted these into a huge pot last year, and they are doing well in the same pot this time. 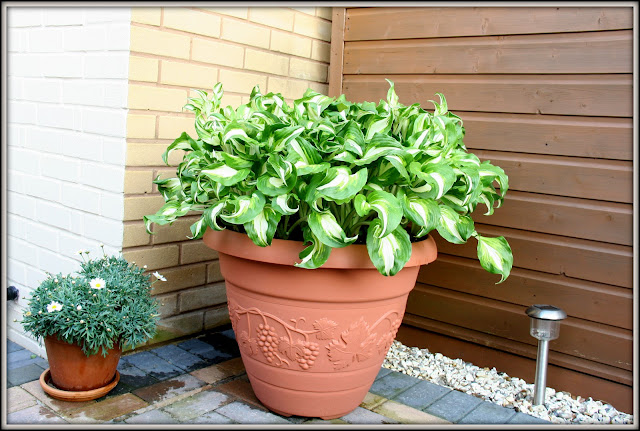 So this spring i did the same with some others.
Hopefully these will grow just as well. 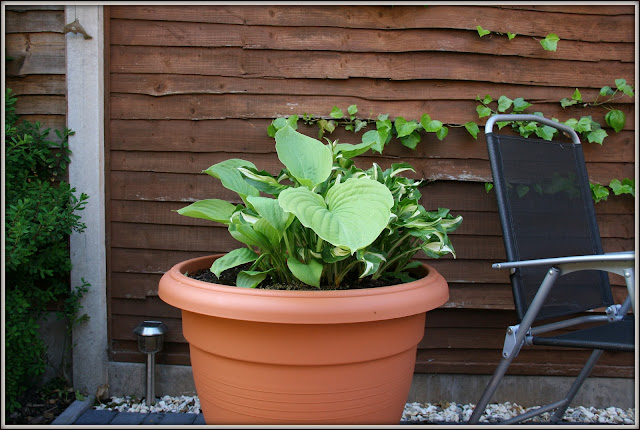 I cleared a small area that's somewhat in the shade and re-planted 3 other plants, thankfully i didn't kill them off! 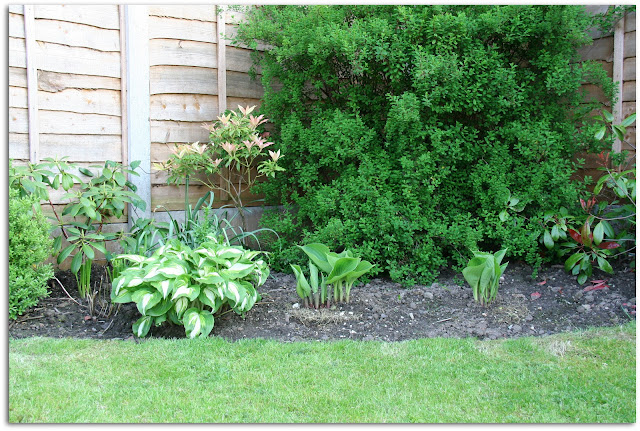 The raspberry bushes are coming along nicely.  We started off with one bush and have ended up with several :-)
Last year we had lots of lovely raspberry's, i ended up freezing quite a lot because we couldn't eat them quick enough! 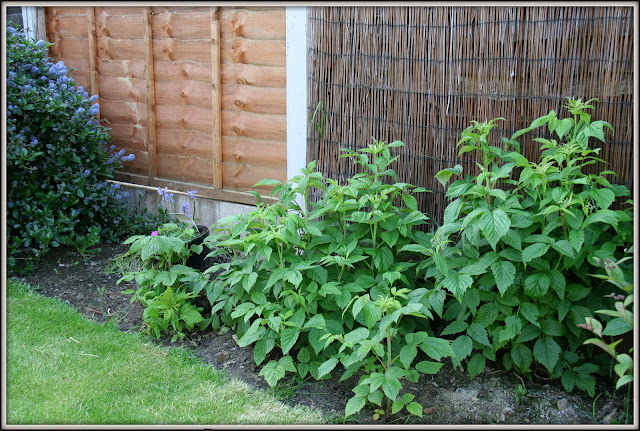 I always think it looks cramped in this corner, no idea what the shrubs are called but they are pretty when they flower :-) 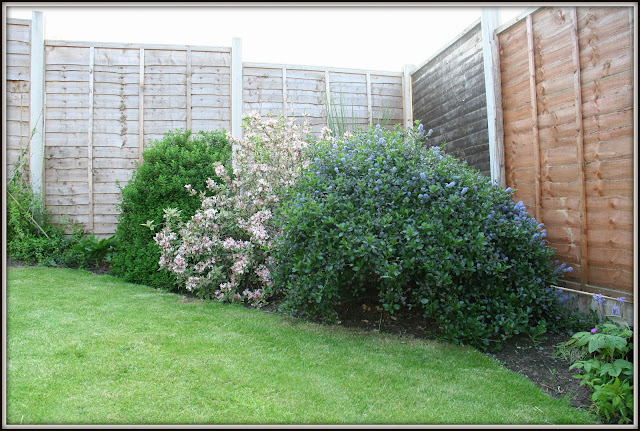 Now, the one i need your help on is this last one.

I thought i'd leave it and see what it became, and now it is about 12-15 inches in height and has the loveliest pink flowers, and i don't know if it's a very 'pretty' weed or not.

If anyone has any ideas what it might be please do let me know.

I hope that wherever you are that the sun is shining  for you to :-)
See you soon...... Maggie

It's called Aquilegia or Grandmothers Bonnet , and will reproduce like crazy. When the flowers die off, you get seed pods which scatter everywhere. OK if you like them , but if you don't want a huge spread , just pull off the pods before they dry and pop .
They are a flower rather than weed, but spread like weeds ,lol .

What a pretty garden,,I am so glad you all are getting some sunshine finally...hope it stays for awhile.

I know it has Granny's Bonnet and that's because my Aunt gave me some and i managed to either kill off or we lost in the freezing weather a year or 2 ago has they never came back. :(

Those flowers ARE beautiful!

I would love to have hostas in my garden, but the slugs seem to feel that is an invitation to a buffet.

Enjoy your sunshine! All of your plants and flowers are so pretty. I have no idea what the name of the pink flower is, but I would say it's a beautiful weed!

That is a beautiful columbine Maggie! I hope you decide to keep it.

Maggie, it's a good thing I like you so much, otherwise I'd hate you out of jealousy!! I just looked through your kitchen photos and Oh. My. GOSH!!!!!!!!!! Exactly what I had wanted and had picked out--and then the recession hit, and I learned to accept the ugly kitchen the former owners of our house had put in. LOL Really, the kitchen is just gorgeous and I LOVE your oven/stove/range!! Oh my gosh. Fantastic choices. Now I suddenly want to rush about and clean my own kitchen. ;)

Beautiful garden photos! We are finally getting a bit of warmer weather and only just yesterday took the flannel sheets off the bed. Still no sun, but at least I'm not arguing about why I refuse to put the heat on in May!

Thanks for sharing the photos of your garden Maggie - it's beautiful. I love your hostas. Our neighbour has recommended that we grow hostas in our garden as they like shade apparently, and we have huge trees at the bottom of our garden that very little will grow under. I'm a bit reluctant to have hostas though as I remember the ongoing battle my grandad used to have with slugs eating his prize hostas!! ;0)

Beautiful gardens and varieties of
Hostas. My first thought on the last plant was a Columbine. They are so pretty!

Yes, they are blue bells. And the thing that the other folks are calling Grandmother's Bonnet, we call Columbine here. Although, I've never seen a ruffly one like that. It is the state flower of Colorado. I have them in my garden in remembrance of my mom, who was from CO. In your bushy corner pic - I think that the bush in the middle is a variegated Weigela. I have burgundy ones called Midnight Wine, that are part of the plantings I put in on the road frontage last year. They are struggling, but still alive. I was on a garden site the other day and they had weigela listed as an herb. I have to look that up and see what it's good for. One of your commenters remarked on hostas and slugs. Save your eggshells, clean them and crush them. Sprinkle on the ground around the hostas. It keeps the slugs away. Also, diotomaceous earth works. Used to be you had to go to a pool supply place to buy it, but now sold in garden centers.

So lovely to see everything in bloom and freshly green and pretty. Spring starts a little later than most here in my part of Connecticut so we haven't hit spring fully quite yet.

the bug bush with the bluey/purple flowers looks like a ceanothus, we have a hedge of iin the front garden. Yourgardenlookslovely, no wonder you enjoyed some time there reading.

What gorgeous garden photos! Here in the U.S. that last plant is called Columbine and comes in various colors from pink to purple to white. It is a wonderful little perennial and will spread. I'll bet a helpful bird dropped some seed in your yard as he was passing over :)

With your "crowded" corner, you can cut those bushes back pretty hard and they'll all come back and, for a while at least, they'll be smaller! Another tip for slugs is to take the hair from your hairbrush (or your haircut, but I'll warn you if you bring a plastic bag to carry home your hair clippings, your hairdresser will think you're a whackjob!) and place it around the plants. Slugs hate hair apparently.

Your garden is so lovely Maggie! I've never thought about planting hostas in a pot before. I'll have to give that a try. Your unknown flower is really pretty and here in Canada it is known as columbine. I have several varieties and love the blooms.

You have one awesome garden! I let those who know help you with the names. I hope the raspberry bushes will stay and give you a lot of berries.