PS Finishes and the Triffid

In December I jumped in and joined Jo's Stitch from Stash 2015.  I don't have mountains of stash but I did want to start using what I had and also thought it would be a good way to get me back into the mood for stitching.

So, here we go, my first check-in.

I've had to re-read the extra credit part of stitch from scratch a few times and still can't quite get my head around it, but from what I understand, (and someone please correct me if I'm wrong), my Santa's don't qualify for extra credit because the chart (and the threads) were only purchased in early December and I believe the stash has to be 6 months old.  Like I said, someone please correct me if I'm wrong.

January's stitching and finishing went quite well, I've managed to stitch some of the other PS Redwork Santa's.  I'm really enjoying working on these guys, and  no, I don't mind working blocks of the same colour, yes it's repetitive, but I like that, I find it quite soothing, plus it means I can still watch TV without fear of making too many mistakes :-) 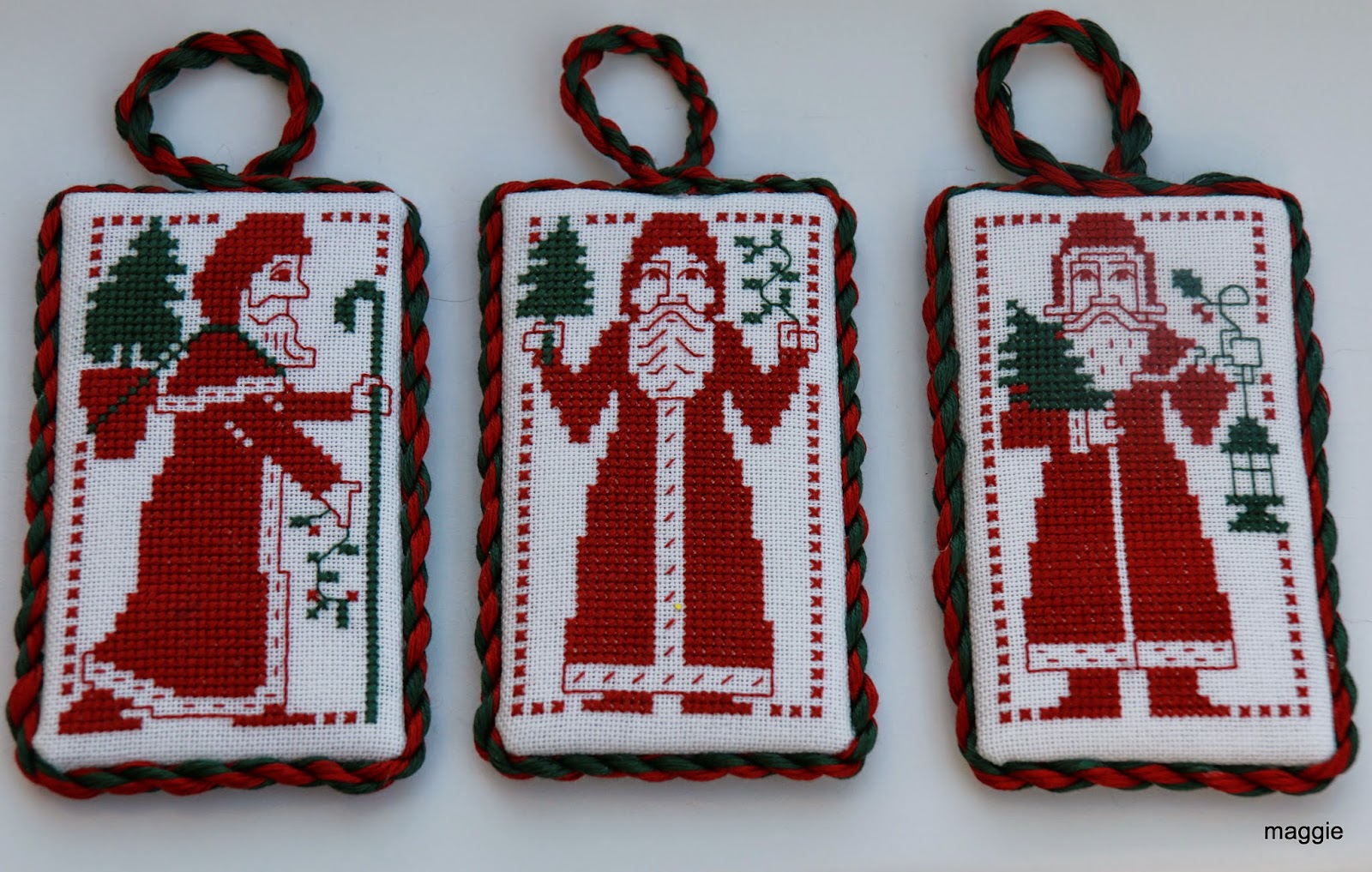 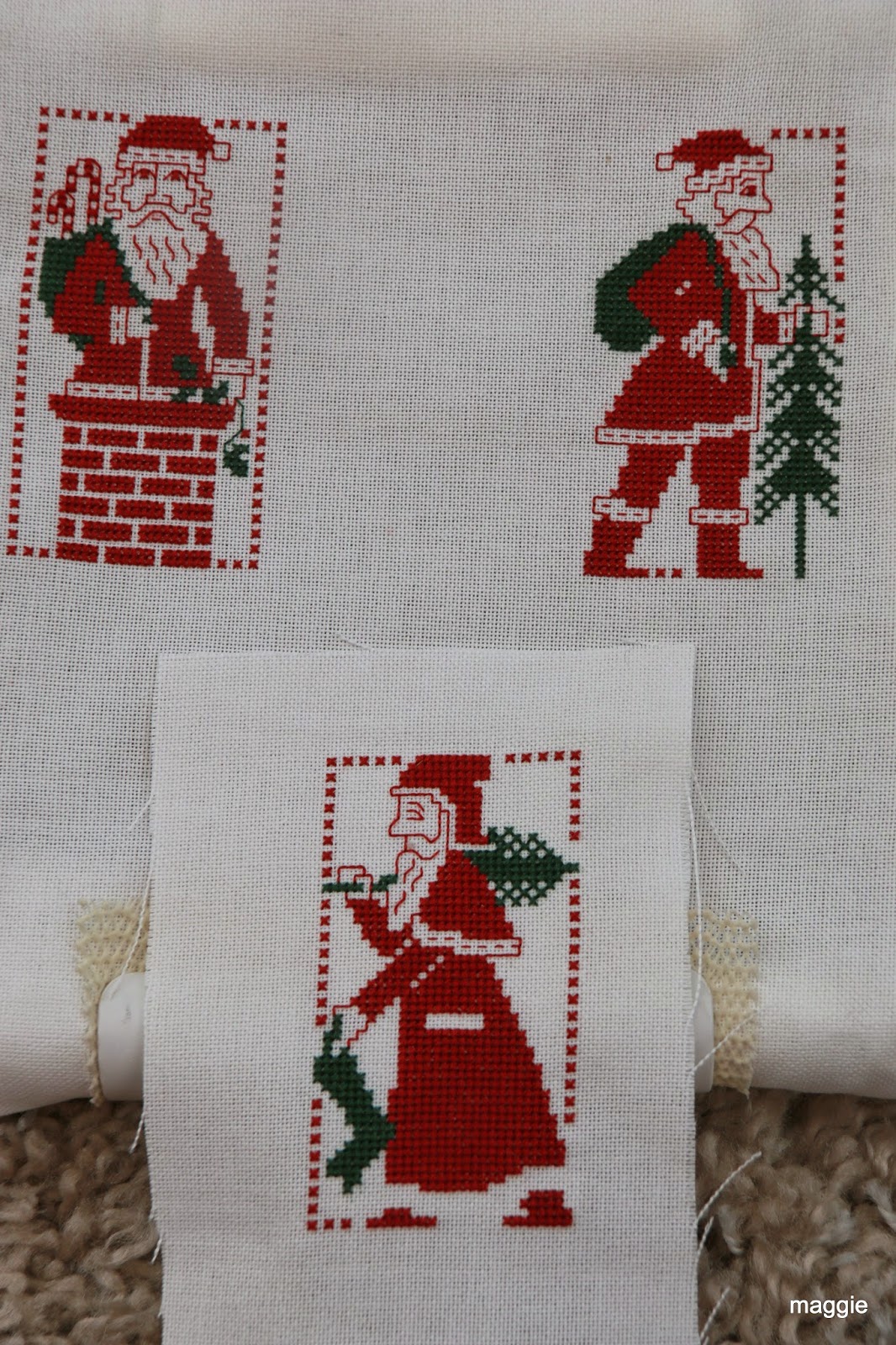 I can't promise that February will be as productive but, I have got a couple of ornament size charts lined up to start, as well as the other two PS Santa's to do, so we will see :-)

Just before Christmas I bought an Amaryllises bulb, this is the first time I've grown this plant, to be honest I almost threw it out because it didn't seem to be doing anything, then all of a sudden it started to grow, and now it can't stop growing! I've been measuring it (yes really, I'm that sad, lol), sometimes it's grown an inch over night! I've no idea how tall it will be before it flowers, I'm looking forward to seeing it, I've forgotten what colour I chose so it will be a nice surprise.

This was how it looked a week ago 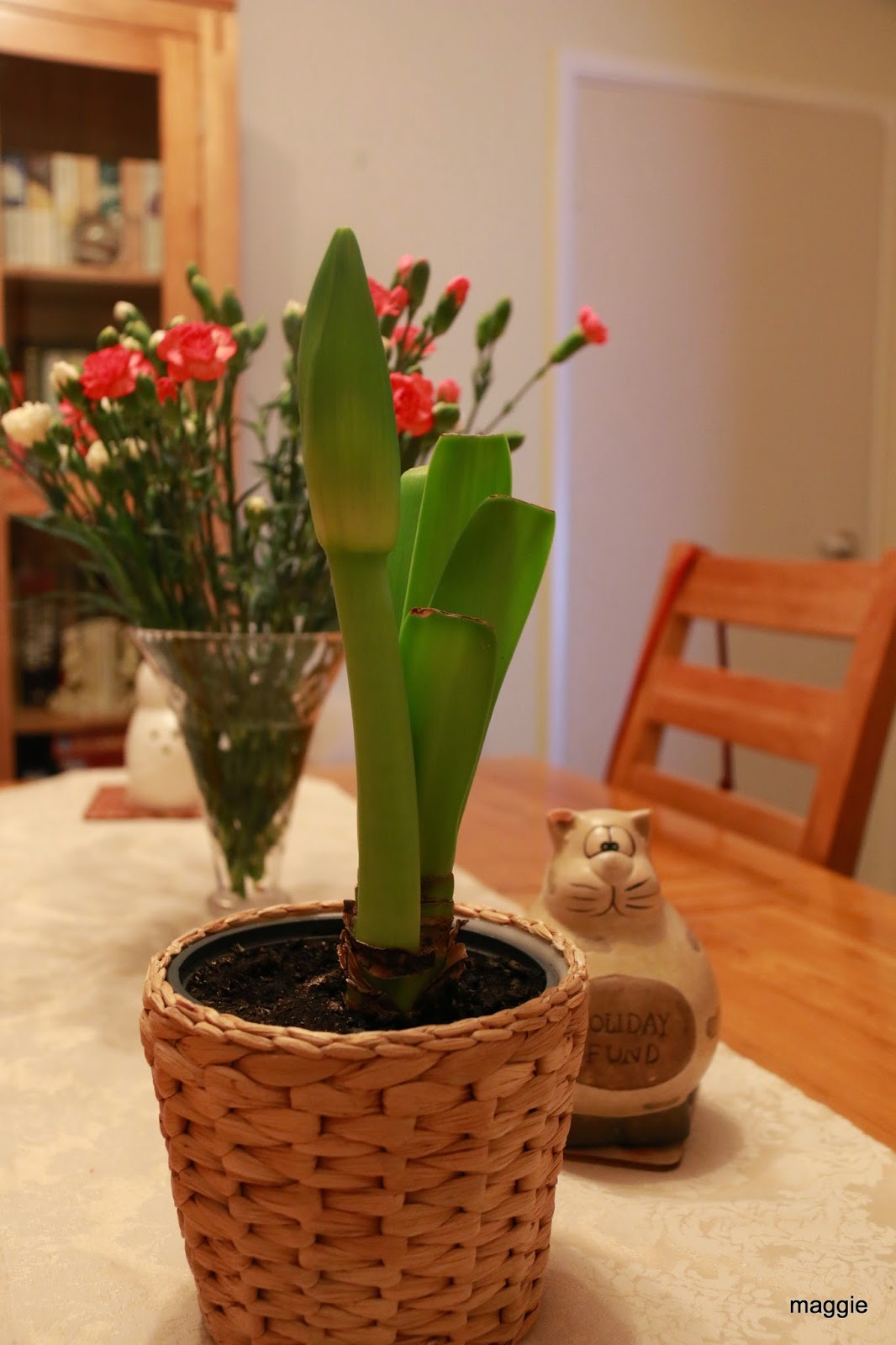 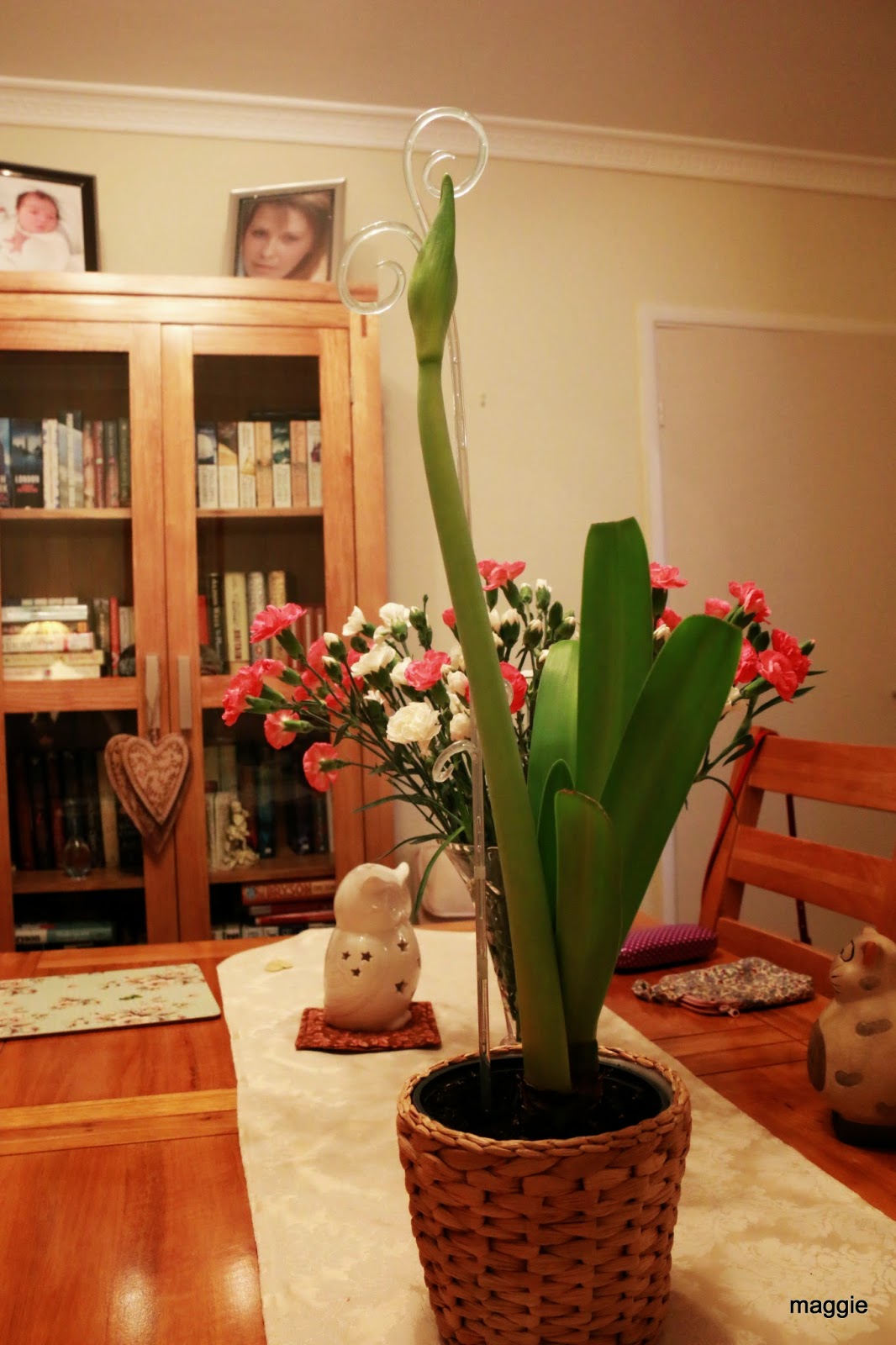 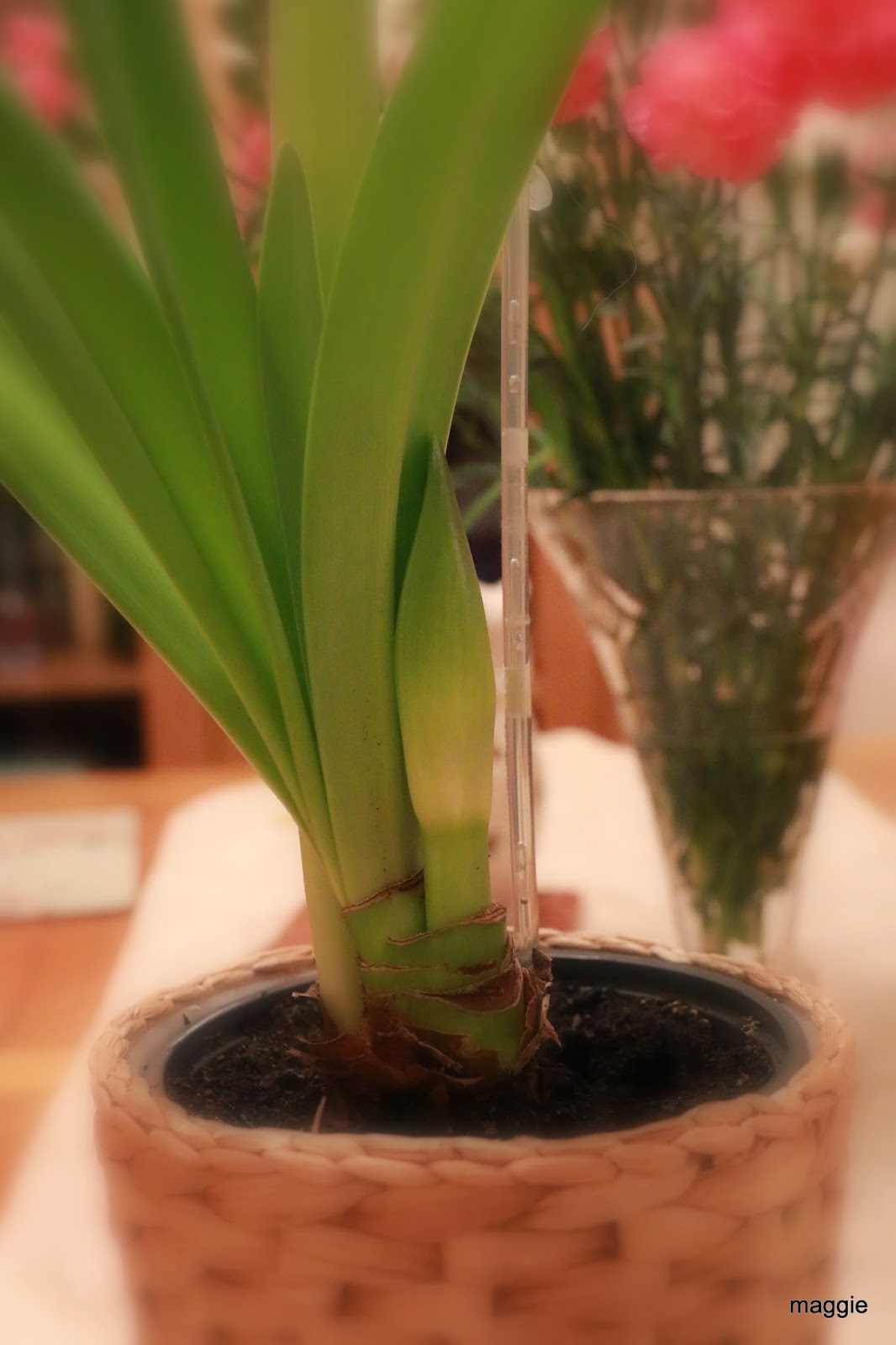 does anyone know if this is usual? Do they produce two flower stems? I was under the impression that it was just the one but I've no idea.

I have an amaryllis currently blooming and it has 2 flower stalks, each with 4 blossoms. It is gorgeous. They are fun to grow year after year if you take care of them. Great job on your Santas!

WOW! Love your PS ornaments. Perfectly finished.
With the Amaryllis, i had seen one at my MIL's place and has two blooming while one coming up so i think it can be.

I'm with Mylene on the flower -- I've had ones pop more than one stalk. Consider yourself extra blessed :)

Lucky you .... more than one flower on the way.

But, amaryllis can have from one to many blooms. So not odd, but still lucky. Enjoy your beautiful flowers.

Great stitching , love your plant I had one for years , they are great to grow and beautiful in flower.

Your Amaryllis if great, having two is great! It will stop growing when you see the bud start to open.
Love the santas
Julie xxxxxxxxx

Never grown an amaryllis so no help there! Love the Santas no idea PS did red work ones.

I am loving all the Prairie Schooler Santa's that I have been seeing on almost everyone's blogs this January, and your's are no exception. They are great!
Lovely amaryllis! Hope you show the bloom when it opens, they are so pretty.

The finished finished Santas look fabulous, love the trim you used for them.
Great amaryllis, DH doesn't like them so I don't bother lol.

Loving your Santas. I was gifted an amaryllis years ago - they're a bit like working on a project to meet a deadline, not much happens at the start and then there's a flurry of activity!

You are off to a great start on your ornaments!! Great job!
My amaryslis is wonderful. I have no idea about the two stems, usually I have one. Maybe this one will produce 2 flowers. That would be really pretty.

I've definitely had one with two blooms before. I haven't had one in a while but they've always done well for me in the past. They just pop up like magic when they are ready, never a dud. :)

Love all you Santa's! Beautiful finishes!
Your Amaryllis are amazing! They do grow fast and one can literally see them growing!
Beautiful blog!

Love your PS Santas! Most Amaryllis do have just the one stalk but it is not unheard to have an extra. Lucky you!
I pulled out of SFS at the last minute when I learned of an upcoming surgery. I participated last year but we didn't credit our finishes then. I'm thinking though that you're correct in your interpretation of the rules.