So what happened to August?  It seems to have passed me by completely!
The weather has been almost a complete wash-out, windy and some very very heavy showers, and some mornings there is a very definite change in the air, you can feel that Autumn is on it's way.

I've given up on the summer plants in my baskets, they really didn't do well at all, I went on an outing to the garden center with my mum last Saturday and the Winter pansies were in so I bought a few trays and planted up my 3-tier planter and a couple of pots ready for some Autumn/Winter colour, fingers crossed that these do better. 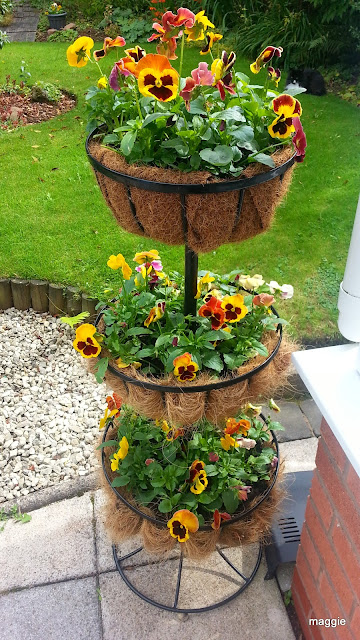 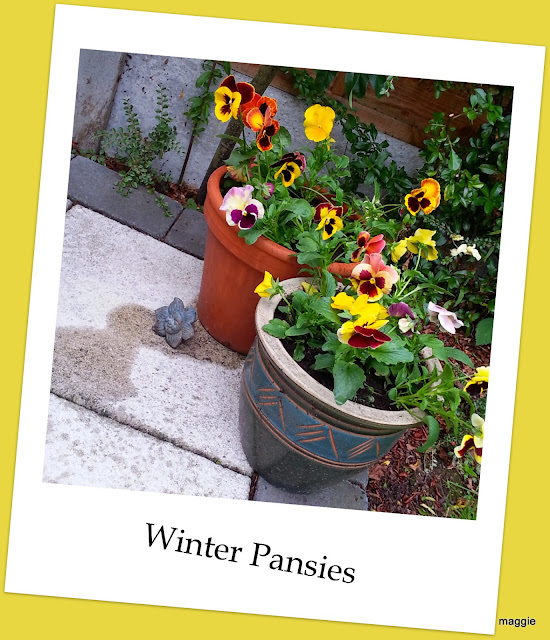 Today while Mark has been busy playing demolition man inside (more about that in a minute), I have been busy making the garden all tidy.  I love when It all looks neat, but boy do I ache after, lol. 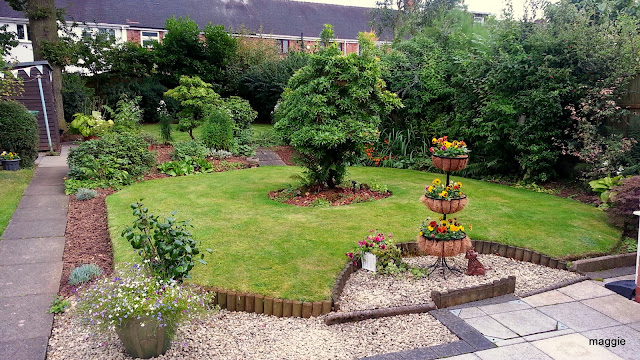 We are once again on a decorating project, this time the sitting room and dining room.
These two rooms were knocked into one by the previous owner and we are putting doors between the two rooms so that there is a division between the living spaces.  I'm not that keen on large open areas, mostly because we just don't have the climate for it and because, well, I just like having a separate dining room :-)
We have decisions to make over fireplaces and flooring, doors and wallpaper, and i must confess that I find it all a bit overwhelming at times sometimes wishing i'd never moved at all, as you know this house is taking a LOT of getting used to for me.  Mark has even said that if I really feel that way about it perhaps we should move again....I don't think I could face that again either, I'm banking on feeling different when it's all done and I can enjoy it

Before decorating chaos descended again I had managed to get those little crochet circles I posted about a while ago made up into a pillow, it's not quite turned how I envisioned it, but I'm happy with my first circle in a square project. 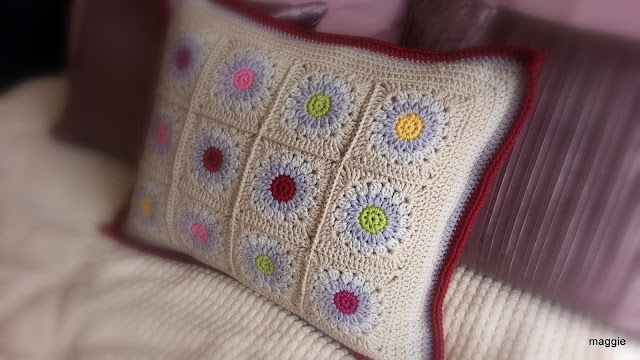 I had intended to crochet a pom pom edging on this but try as i might I just couldn't get it to look right so in the end I just made a deeper edging and folded it over and sewed in place. 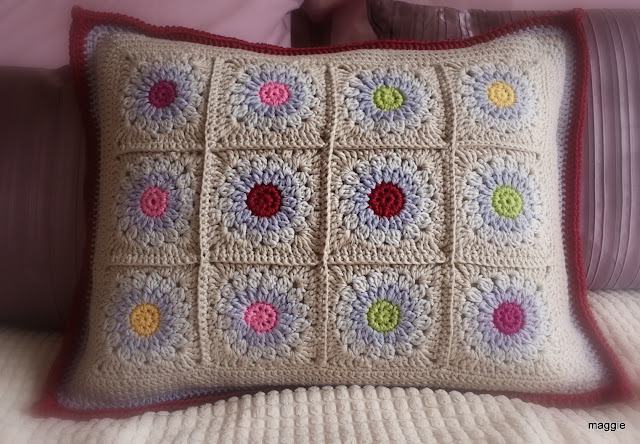 We won't dwell too much on the sewing part of this project, although I will say that my first attempt at putting a zip in was not as difficult as I thought it was going to be, sewing the backing fabric on however was another matter entirely!

Next time I might opt for a crochet backing to save myself the stress.

Love the pansies you chose. They are my favorite flower. :)
Your cushion is fab.

Your new pansies look so bright and cheerful! Good luck with the renovations, and I think your pillow has turned out really neat :)

Your pansies look so pretty and I love the pillow!

A beautiful cushion you have made Maggie, its gorgeous.
Your garden looks lovely, our summer plants are about to be pulled out, DH was only saying yesterday that we need to think about something for the autumn to brighten things up.

Your garden looks beautiful--all neat and tidy. I have major yard work planned for the week and suspect I will have an back ache and gardeners legs before all is finished.

Beautiful garden you have and love the pansies.