Today was a day for me to have Oliver while his mum was at work,
as we are still living more or less in a building site at the moment having
him at mine was not an option, so we went to the Zoo.

We are very lucky as Dudley Zoo is only a few miles away, there has been a zoo on this site since 1937 and I have very fond memories of visiting there when I was a child.  It has declined over the years, although they are trying to smarten it up now, it is nothing compared to how it was in it's heyday.
When I was little there were polar bears, brown bears, zebras and elephants at the zoo, now they no longer have these animals, but there is still quite a lot to see and they really are trying to smarten up the more neglected parts.

I think the best attraction is the fact that we not only have a zoo, we have a zoo in  the grounds of Dudley Castle, which has been there since 1070, it was the seat of the Dudley's, as in John Dudley advisor to Henry VII who's son Robert Dudley was famously associated with Elizabeth I.  You can read a little about the zoo (here) and the castle (here)

Of course most of it is in ruins now, but it still makes a wonderful setting. 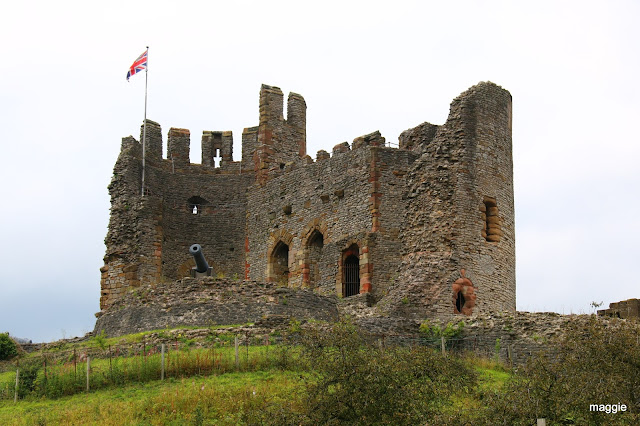 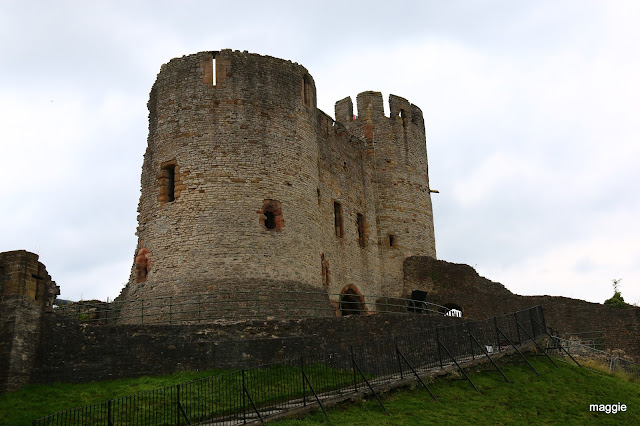 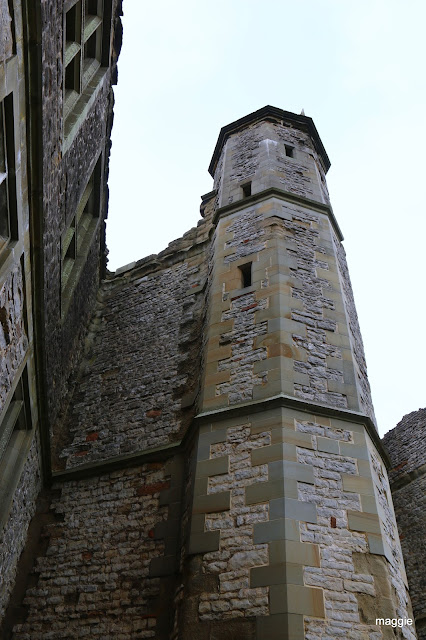 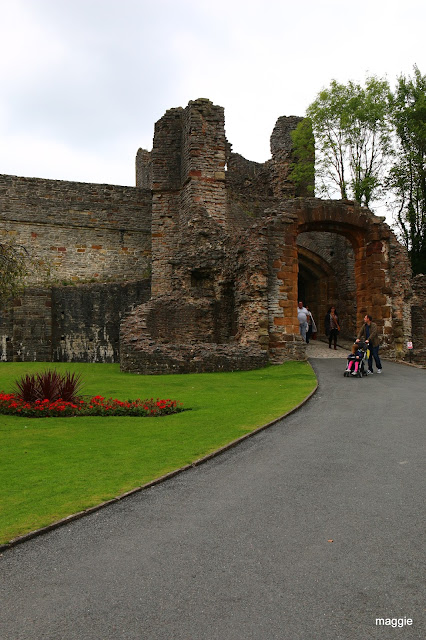 I always like to look at the big cats, the lions were now very cooperative today but we got to see the two tigers.

This is the female, she is 5 years old 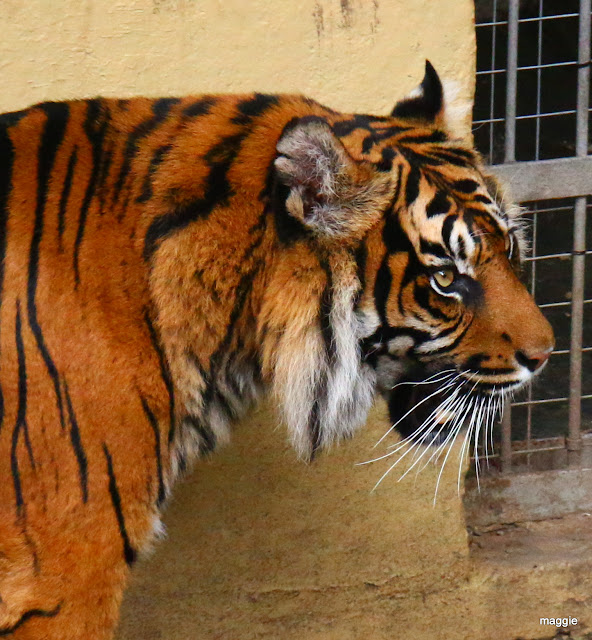 The male was being difficult and not coming out, this was the best I could do though the glass 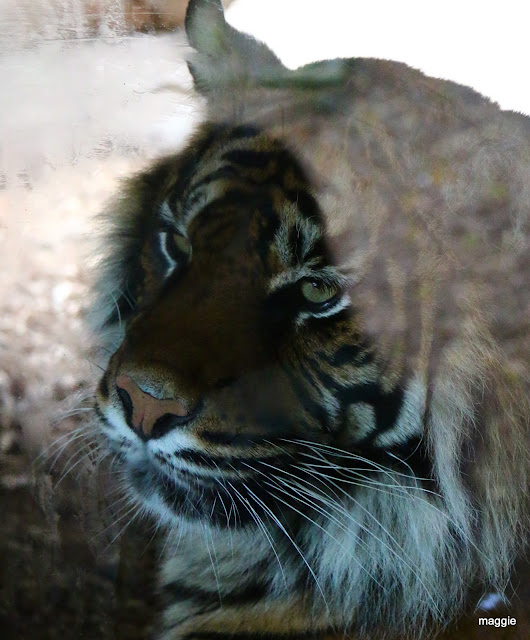 We enjoyed seeing the various monkeys 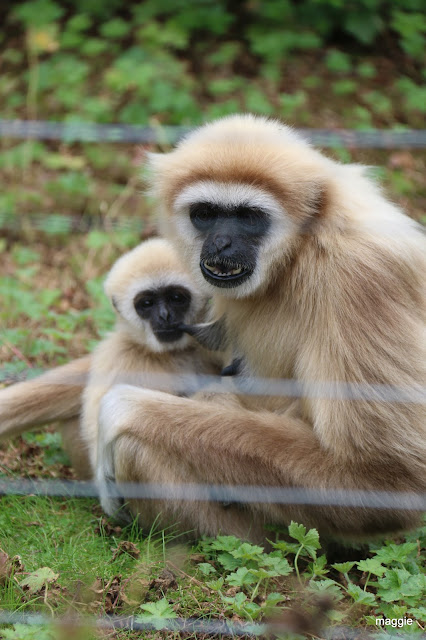 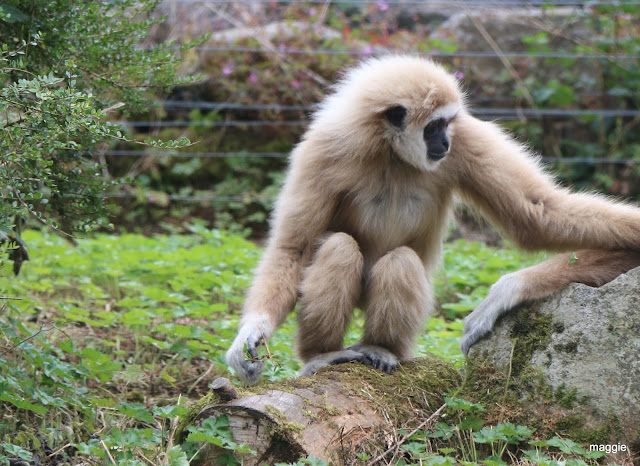 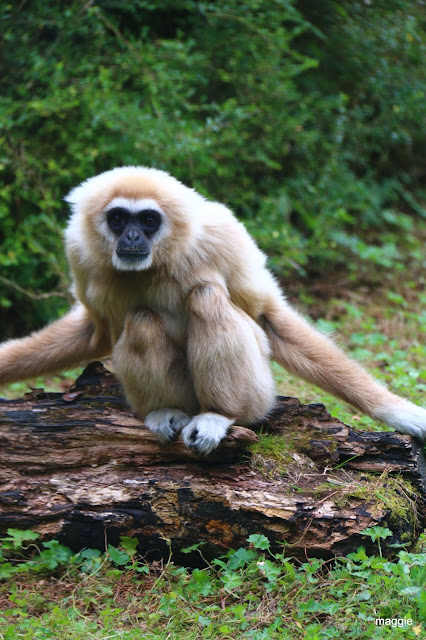 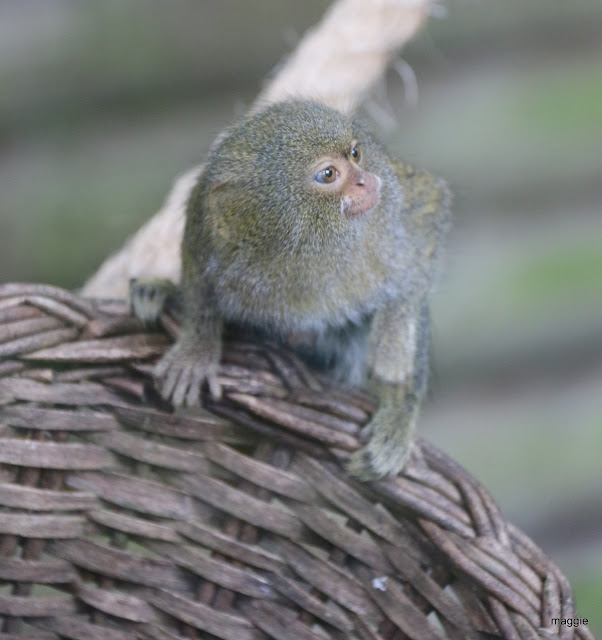 Excuse the flash on this one, I had to share it because he looks a bit menacing, don't you think? 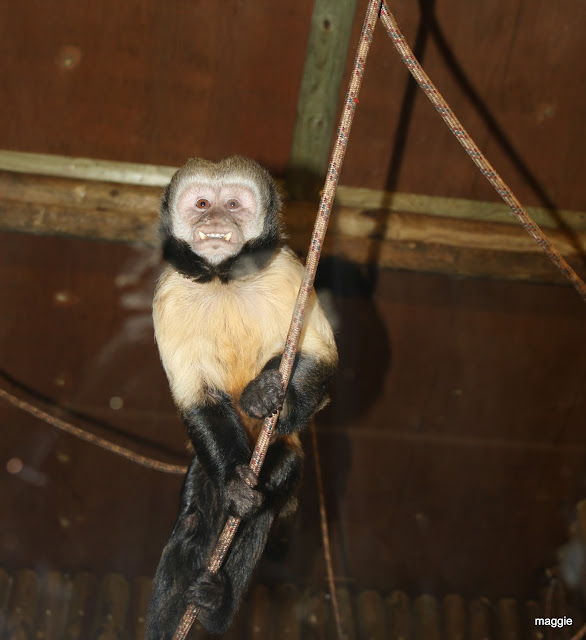 He he is a bit closer
Those teeth look as though they could do some damage! 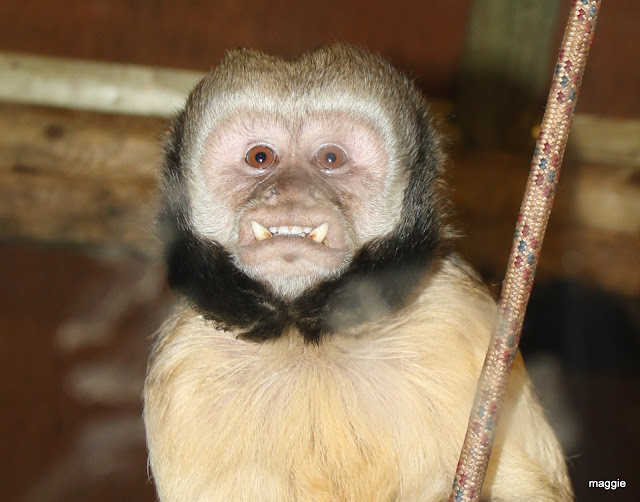 The orang-outang...she has a baby but it was hiding. 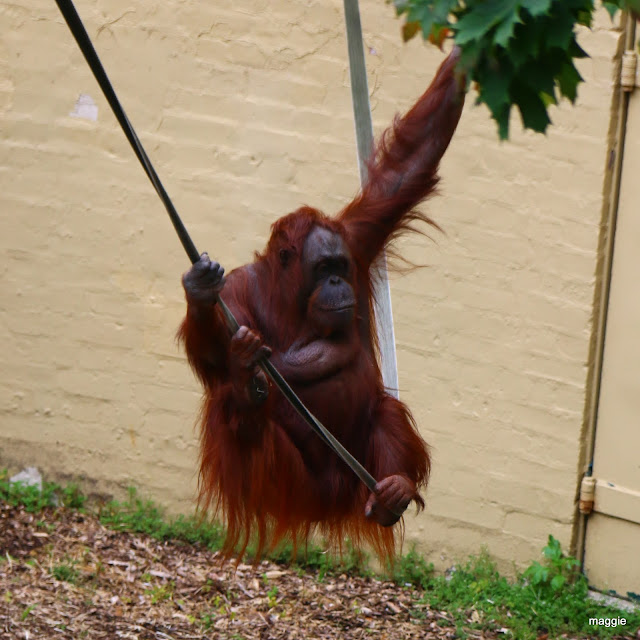 and Oliver's favourite, the giraffes 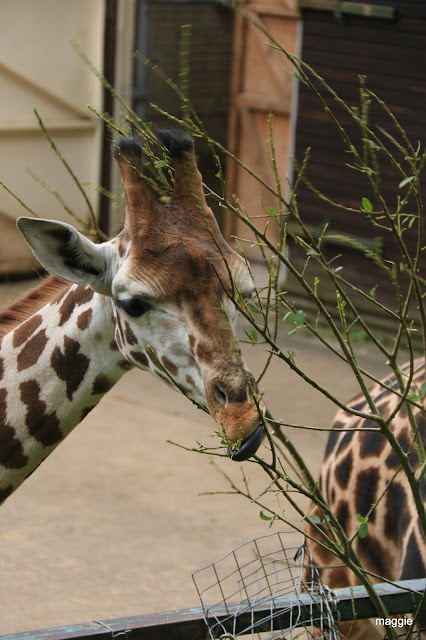 And a very vocal cockerel  in the petting zoo 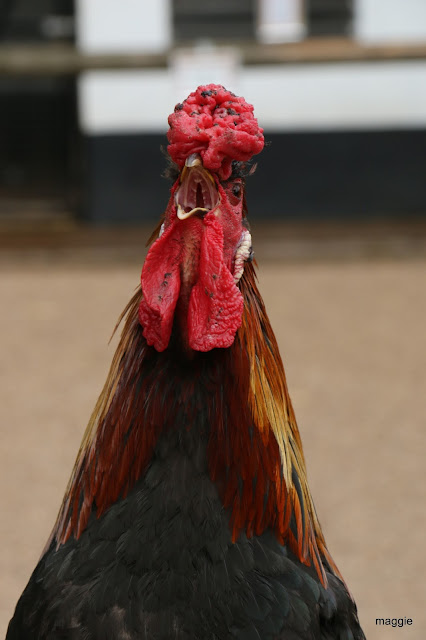 The meerkats are funny to see, they seem to almost pose for a picture! 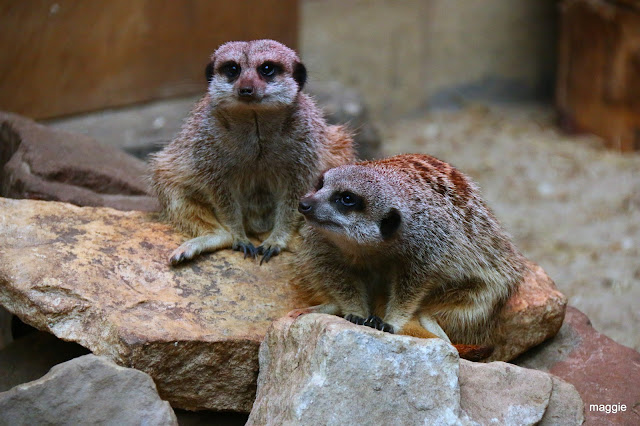 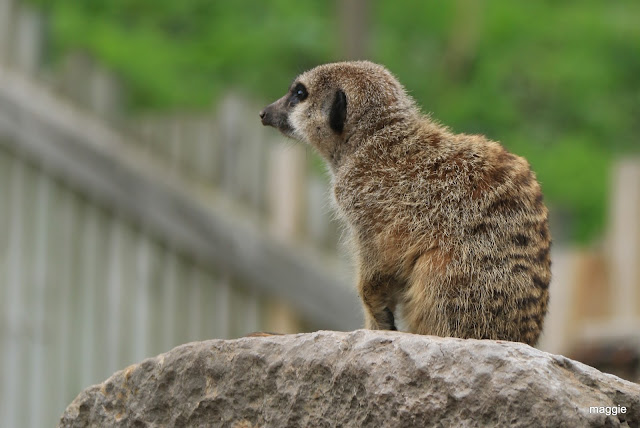 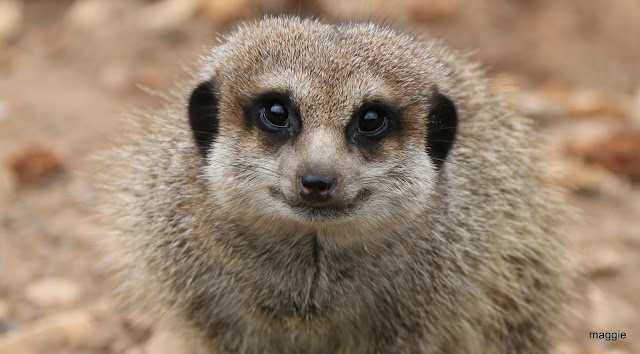 Tomorrow is another day for entertaining this little dude, or is it him entertaining me? either way it beats going to work any day :-) 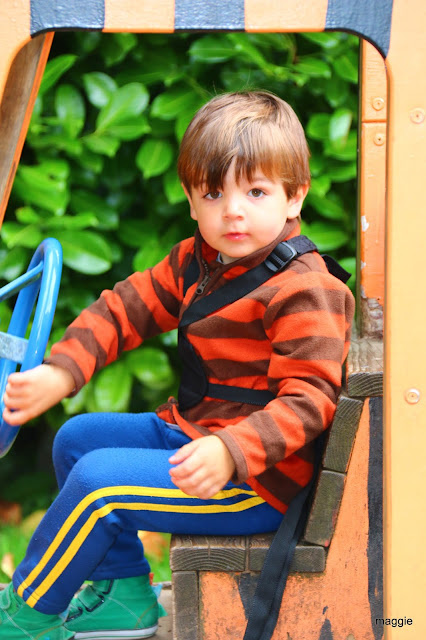 What a cute little boy! That is such an interesting setting for a zoo. Thanks for sharing the photos.


You take me back a few years Maggie , I would spend many weekends at Dudley Zoo when I was younger and my boyfriend now old husband ha would spend many happy hours there too .
Your little boy is really cute.

What a fabulous outing for you and your grandson. Such an amazing site for a zoo!

A lovely outing for you and Oliver. I have fond childhood memories of trips to the zoo.

You and that little boy had quite an adventure!