Sorting it out and using it up

Over Christmas I had a clear-out of my craft collection, at one time I could contain all that I had in a few boxes, now it seems that I need a whole room!
But, the room I use for all my crafty bit's and bobs now also has to double up as a (sometimes) bedroom for when Oliver sleeps over.  Since he has gone into a 'big boy bed' and to save me lugging backwards and forwards between his house and ours more luggage than I take on a weeks holiday, it was decided that when Jenny is on a late shift, i.e. 2pm until 10pm Oliver would sleep over at ours and she would collect him or meet me at work to collect him the next morning, We have done a couple of sleep-overs now and it's worked out quite well, hence the wanting to clear out a few things so that it feels more like his room.

I have listed (and sold) quite a bit on ebay, either things that I don't think I would ever have got round to using or things that I have bought and have just been sitting there collecting dust.

My plan is to get everything down to this one cupboard, charts and patterns will stay in the folder and box they are already in.

(The bottom half of the cupboard hold my threads and fabric)
I don't know how it happened, but I seem to have collected rather a lot of yarn, (see those draws at the side of the cupboard, they are full of yarn too!), so i'm on a mission to turn some of it into something useful.  This little blanket used up a few balls of my chunky yarn and I'm quite happy with the colours too :-)
I'm also quite impressed with myself how quickly I did this, less than a week!!
Good going for me, lol 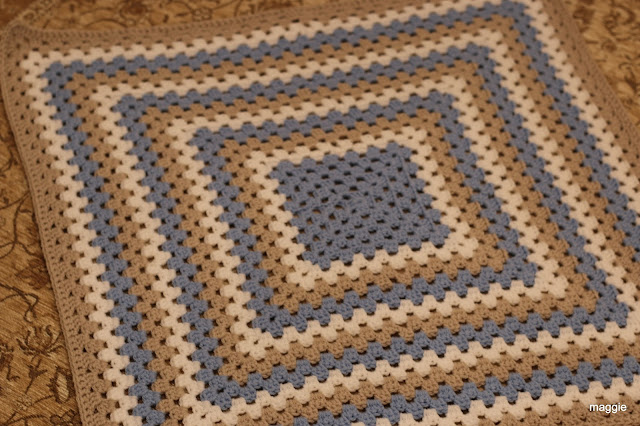 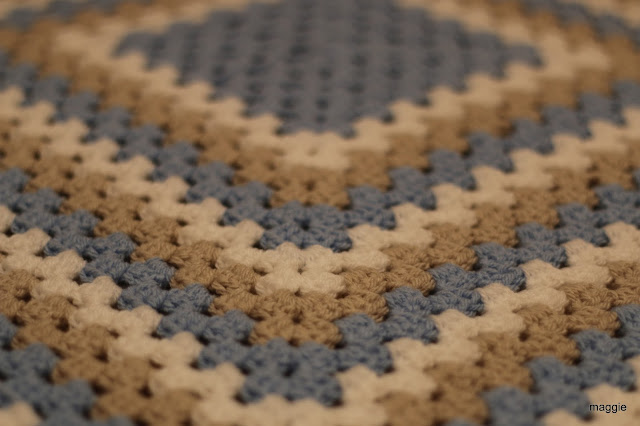 Seeing as I'm on a roll I sorted some shades of pink out yesterday and cast on another blanket.
This one is using Sylecraft Special DK

That's all the craftiness I've had time for this week.

I'll leave you with a couple of photos of my Amaryllis.
I have 2 of them this year, this is a new one I planted up a while ago, it was already starting to flop over so I've had to use one of my orchid supports

And this one is last years bulb planted up in a vase with some moss, I saw something similar when I was out and about just after Christmas and thought it was a bit different, I collected the moss while i was on a walk a couple of weeks ago so this one has some catching up to do.

I love that blanket it's just so lovely. I am finally back to blogging.

The blanket is so pretty. Yarn put to good use. My craft room seems to be shrinking too. But you have put yours to great use. Love the planting using the moss!

Your blanket is gorgeous! What great colour choices.

That's a lovely idea of the bulb in moss, I might that next time
Julie xxxxxx

Aww I love the blanket so much..it's so pretty x


Great Blanket , I need to sort my craft room out but will wait untill the Spring.

That was really quick with the blanket, Lovely!
Love the idea of the vase with the moss.

Lots of lovely wool to keep you busy Maggie. The blue blanket is superb. Loving the moss in the vase with the amaryllis

Love the colours in your blanket

Love the blanket you finished and the one you have started!

Lovely blanket, a great way to use all your yarn. I'm having a bit of a sort out this year too :-)

I love the colours in your blanket. I'm looking forwards so a crochet weekend!

It's wonderful that you can spend some overnights with Oliver to help out his mom - everybody benefits!

Sometimes I also wonder how aal my crafty stuff has sneaked its way into my room, lol. I think I should have a kind of clear-out, too, one of these days :)
Nice, this little blanket you made. And all the pink yarns will be great in your knitted piece.

That's such a beautiful blanket! Love the colors :D

Love the blanket you made--the colors are lovely! I understand the need to revamp the room since you will be having Oliver sleep there. You can always ramp it back up when/if things change in the future! You are brave to stick with just one cabinet! Hugs!

My crafty supplies are slowly taking over the house, oops! Love your blanket, wish I could be so quick and the moss is such a good idea xx

Looks like you've been very busy having a sort out :). Your blanket is gorgeous.

That big granny square - like blanket with brown and white are awesome.