Oh where oh where are the days going!
My kitchen calendar is still on September, i feel like I missed out on October and now we are almost saying goodbye to November.

My eldest sister and my son in-law celebrated their birthdays this month, both of them were victims of a hand-made gift as part of their present.

Gavin is partial to cookies, so I put this together for him 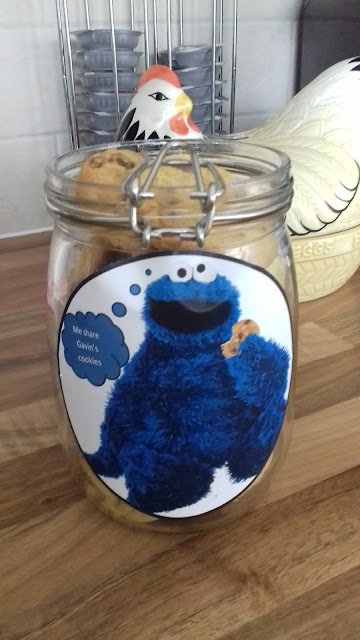 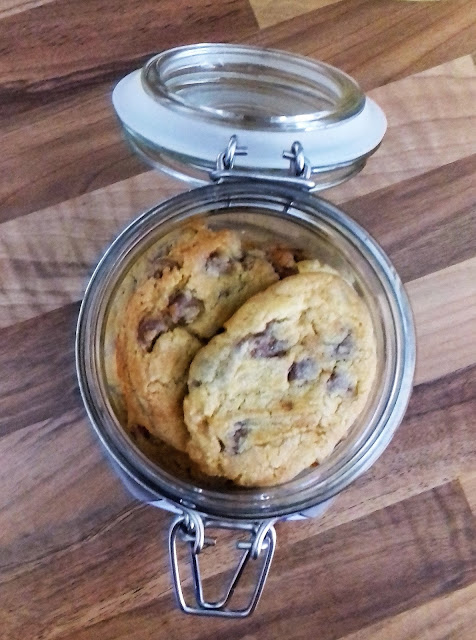 And my sister is very fond of a hot water bottle, so I knitted this cover as one of her gifts. 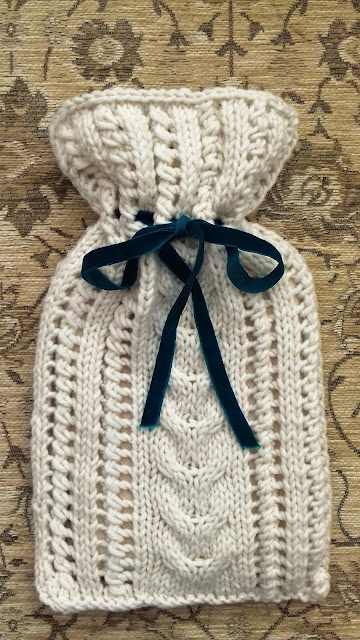 I'm happy to say that both were well received.

Today we visited Ludlow for the Christmas Medieval market, which is held in the castle grounds.
At £11 each entry fee it was a bit steep, but seeing as there are not many shops in Ludlow itself and we had travelled almost an hour to get there we grudgingly handed over the money.

To be honest, it was no different to the food festival we went to there a couple of years ago, more or less the same stalls selling the same things, but with double the entrance fee.

You can see how busy it was outside and inside the marquees (if that's the right spelling) it was even more so. 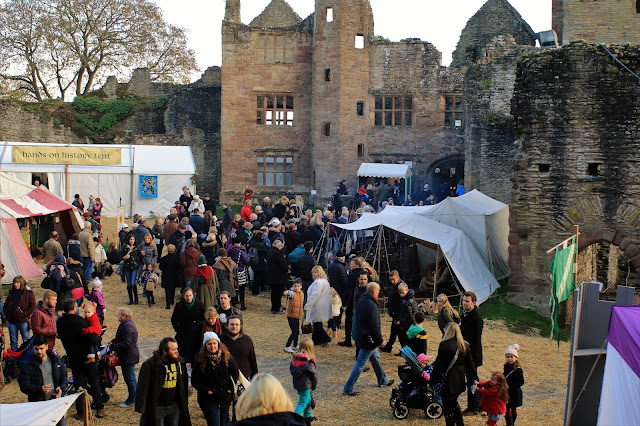 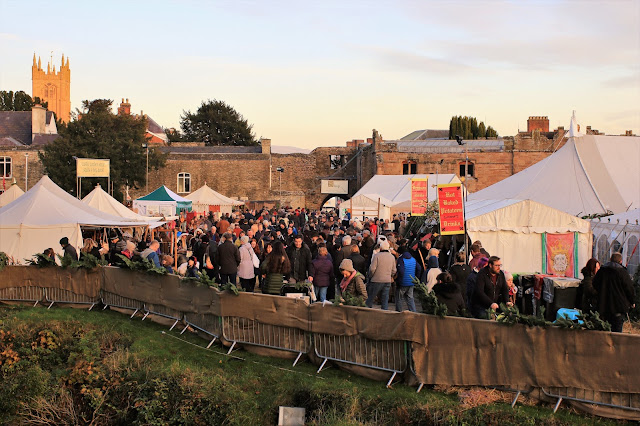 (Ludlow Castle is where Henry VIII first born, Arthur and his bride Katherine of Aragon went to live after they married, and where he died)

There were the usual displays, but i did like this owl 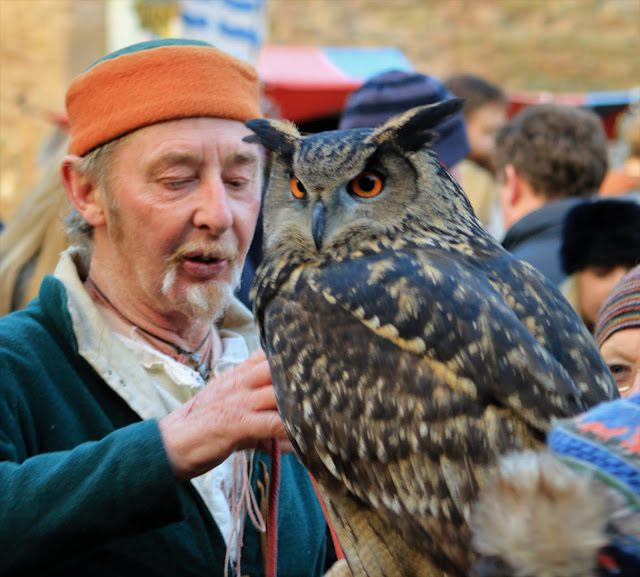 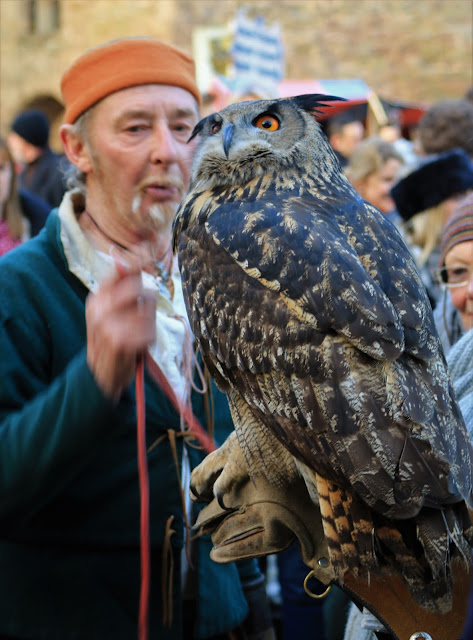 We did manage a walk through the town, which is very pretty with it's black and white buildings 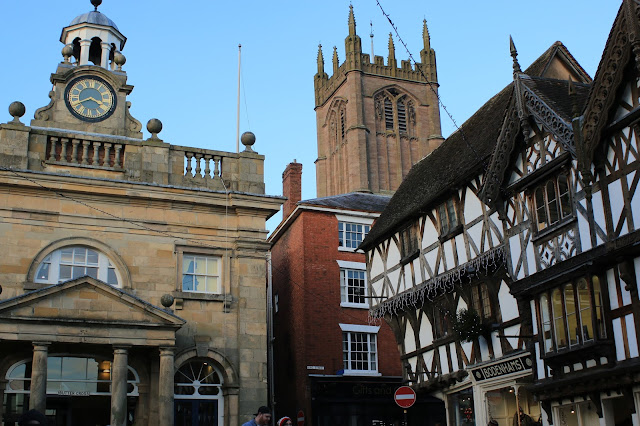 Joanne took this photo, she said it looked like Diagon Alley 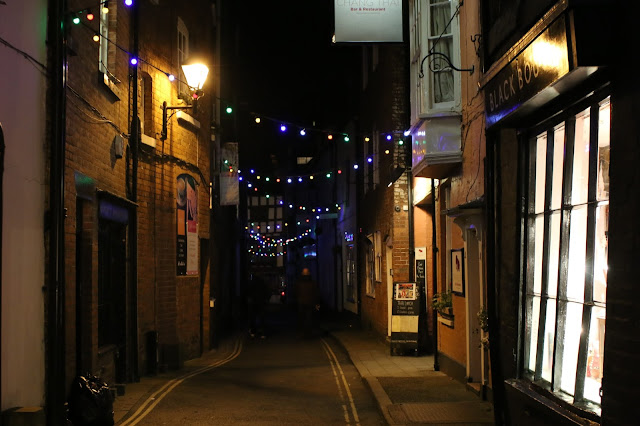 And she wanted take Gavin's photo, but he likes having his photo take about as much as I do so we both just pulled a stupid face. 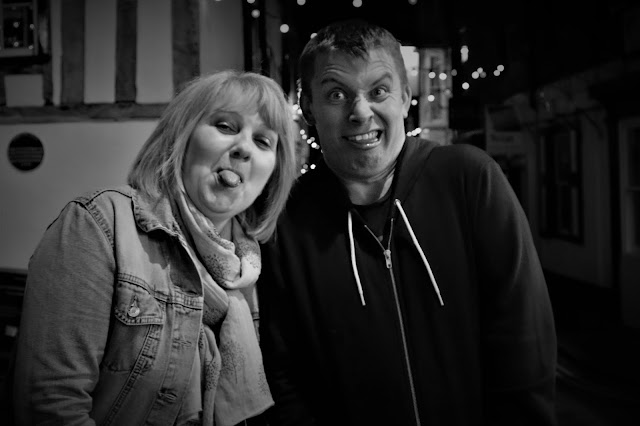 I do have some stitching updates to share but it's way past my bedtime now so I will leave those for next time.

Enjoy the rest of your weekend
-X-
See you soon...... Maggie

It looks like a lot of people were willing to pay, I would have also paid if I traveled that far. What a delightful town and a very serious looking owl!

These kind of gifts are the best!
The owl is stunning and yes, why are those events always so expensive ...

Have a good day!

Looks like a beautiful place to visit though £11! I would have had to pay as well after travelling to get there.
Lovely gifts for your sister and son-in-law, I love the hot water bottle cover.

Lovely gifts you made.

Bit of an odd price £11 and a bit steep, but looks well attended

Home-made gifts are always well received. And great pictures from you day out at Ludlow which seems to be a very lovely little town.

Ludlow is a pretty town but I agree with you that £11 seemed a bit steep for admission.

What a fabulous back drop for a Christmas market, but wow, quite a steep entry fee. The town looks lovely and Joanne's right about that street, it looks very much like Diagon Alley. What brilliant gifts for your sister and son-in-law, the cookies look delicious and I'm sure the water bottle will be put to use straight away in this cold weather. Love the photo, I hate having my photo taken too.

Quite a steep entry fee, but it looks like a lovely place for a festival. And it looks like you had wonderful weather for it. Definitely love the pictures of the owl. I probably would have stayed there all day :-)

It does sound a bit steep for the entry fee but the location is just "wow", it's gorgeous :) Love the water bottle cover you knitted.

£11 each to get in... now that was steep. Great pic of you and Gavin lol. Love the hottie cover, that was a good idea for a November birthday and the cookies look delicious.


Looks like you had a good day out.
It is a bit steep to enter but hope it was worth it .
Lovely home made gifts .

Such lovely gifts ... no wonder they were both well received.

I love Christmas Markets and all that sort of activity at this time of year, that location is just wonderful.

Enjoy these last few days of November ...
Seriously I just do not know where this year has gone - it has whizzed by!

PS LOL! Love that picture of the two of you

Beautiful gifts, the best are handmade. £11 is rather a lot, but a nice day out (that owl was very big) xx