Cottontail Rabbit and the cheat

Hello again, these Sunday post do seem to come round quickly.

The weather forecast for today was hot and sunny, but there is drizzle in the air and a gentle breeze  so I've taken the opportunity to get though a pile of ironing this morning, a thankless task at the best of times but when it's hot it's a job I tend to put to the bottom of the list, so i'm glad that's out of the way.

A few months ago I came across a free knitting pattern on Deramores, Cottontail Rabbit by Erika Knight.  I thought it was so cute and it reminded me of a little red knitted teddy that my sister used to have when she was a baby.  I already had some Stylecraft Classique cotton 4ply so I cast it on right away, but then I ran out of stuffing, so it was put to one side until I could (remember) to get more.

I'm quite happy with how he came out :-) 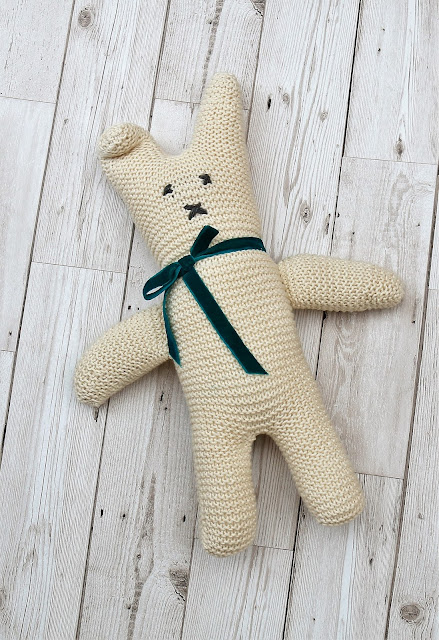 The green velvet ribbon was just some I already had and I was going to change it for a little knitted scarf, but for now i think it looks ok. 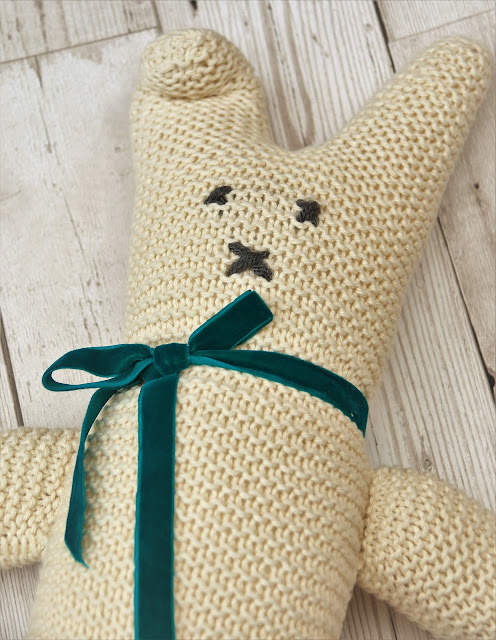 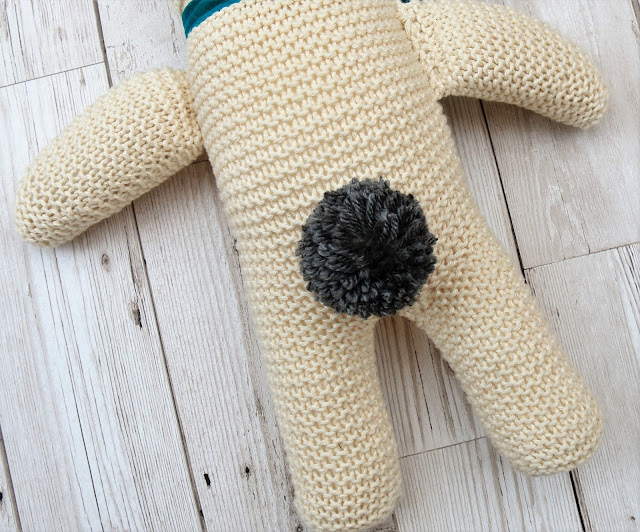 Joanne thinks he is cute so he will be going to live in his new home in the nursery now he has has his debut.  :-)

On Friday it was the sports day at Oliver's nursery so I popped along with Jenny to cheer him on.

He took part in 3 races, hurdles a balancing-a-bean-bag-on-your-head race and one where there was a series of hoops which they had to stop and put over their body before running to the next one.

Yayyyy, he won the hurdles :-) 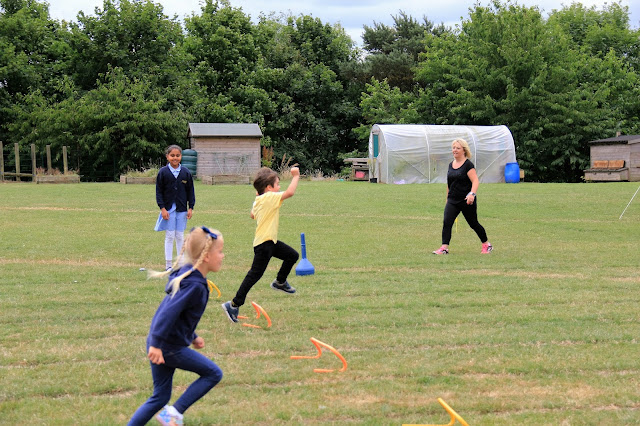 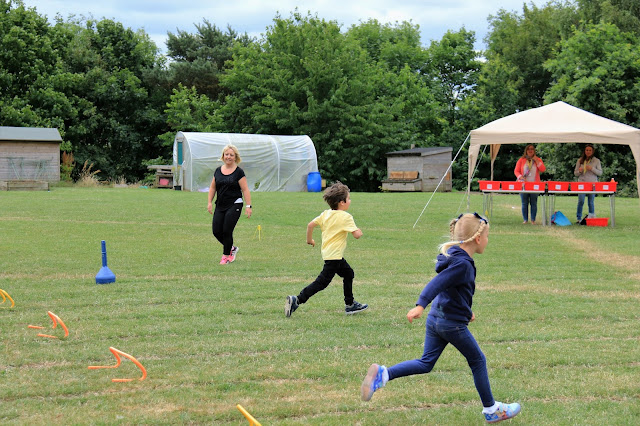 Mmmmmm, he cheated on the bean bag, held it in place and just ran.
Not surprisingly he won this one too, lol 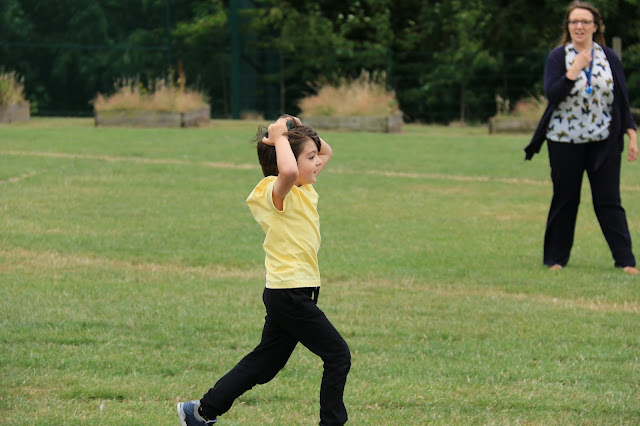 He also ran right past all the hoops in the hoop race so was the first a t the finishing line again little monkey :-)

I think that's all for this week, while I've been tapping away on the laptop the sun has slowly made an appearance so it looks as though the rest of the afternoon is going to be much brighter.

I hope you all have a lovely week, until next time
-X-
See you soon...... Maggie

I can't believe how grown up Oliver is. I remember when he was born!!!

Looks like he had fun with all his races. Yay, OLIVER!

Cute little rabbit, I'm sure it will be treasured. Well done Oliver, sounds like he really enjoyed himself xx

Ha ha, I like Oliver's style, win at all cost. I miss all the end of year school activities, I've got to wait now until I'm a grandma before I can go to them again. Love the little bunny, I'm sure he'll be well loved, not long now until he gets a new little owner. It's been a lovely day here today, a bit breezy but the sun's been shining all day.

Well done Oliver. Wishing him a fun time at 'big school'
Sweet bunny, I like the velvet ribbon.


Love cotton tail.
I did my ironing too this morning it get to hot later in the day.
Looks like a good time by all at the sports day .
Well done to Oliver.

Oh what a cute bunny - his tale is adorable!

Great photos of Oliver at the races!! He looks like a very happy little boy.

What a super cute bunny!

I love the little rabbit, it is totally awesome. And seeing the sports games made me miss my own children being children. They grew so fast! Some may call it cheating, some may call it ingenious problem solving rofl

Oh, such a cute little bunny! And your little Oliver is adorable, too :)