Using what you have

I've had a couple of plain white Ikea pillows stored in vacuum bags for at least three years, maybe longer.  My daughter gave them to me and I did use them for a while but they were pretty boring really so I stored them away getting them out every now and then thinking I would put them in the charity bag, but couldn't quite bring myself to.

Then I had a thought, (I do occasionally have a good idea).  I could crochet a pillow front :-)

And best of all, it wouldn't cost me anything because I had plenty of Stylecraft sitting there taking up space. 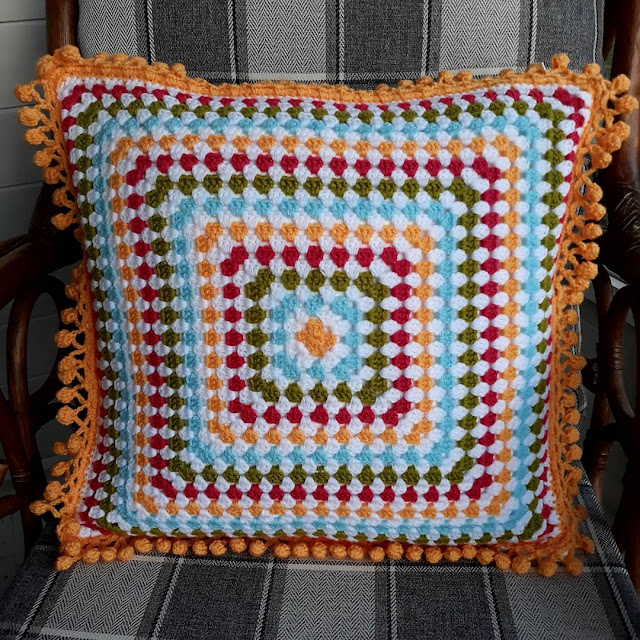 I found a tutorial for the pom pom edging on you tube, I think it was a Bella Cocoa tutorial and I love it! 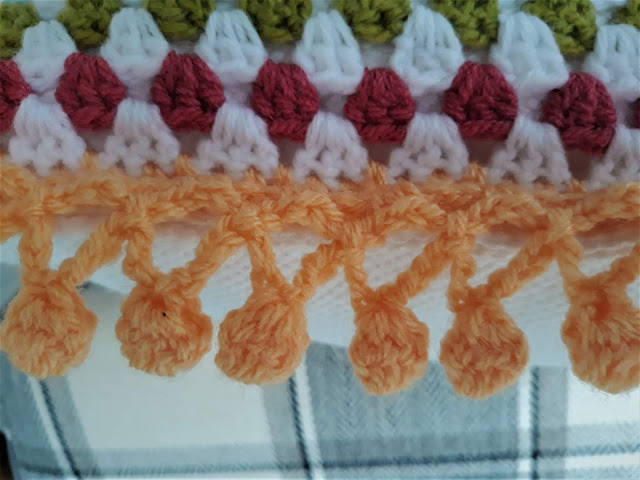 The second one is a bit more muted but again all yarn is from stash.

I think this one needs pom poms too but Mark said it looks ok without, what do you think?
shall I add some pom poms? maybe on the corners? 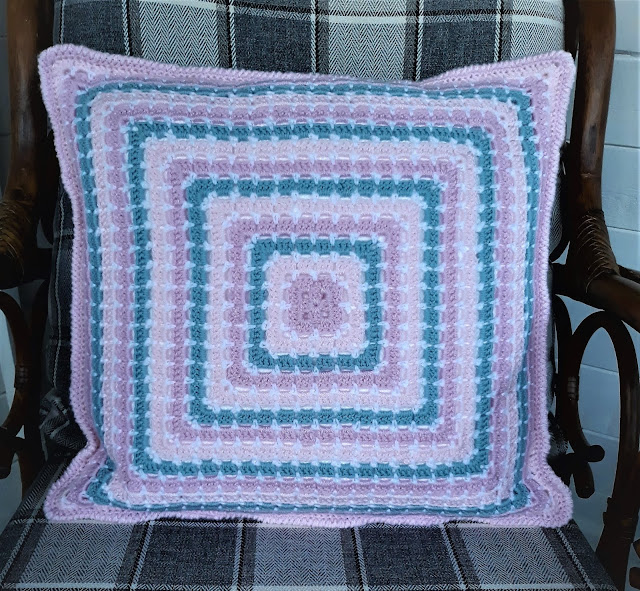 A bit miss matched but that's ok for where they will be...more about that next time 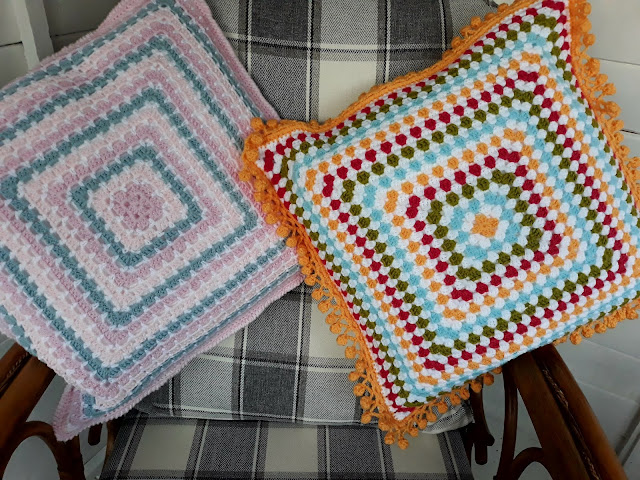 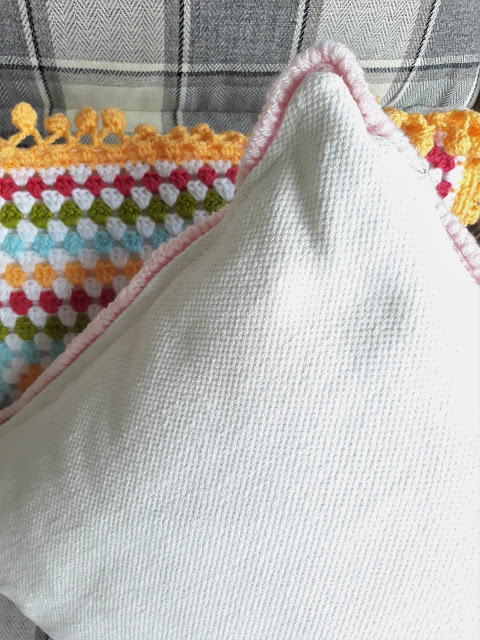 I sewed the crochet front to the pillow cover by hand because I thought it would be easier than using the machine, and it was.

It was one of those projects that just worked and turned out, (for once) how I had seen it in my mind.

Don't you just love it when that happens :-)

Although I love the bobbles, (note to self, must try those. lol) I think he's right, the other one looks good without.
Briony
x

Love them! I like the second one without also! :)

What a fabulous way to liven up your pillows! I like the second one without the pom poms.

Great stash busting projects. I like the pom pom trim, they look very on trend.

I find both pillows very nice, and I like the work very well.
Greetings Martina

Oh Maggie they both look fab ,what talent you have .
Have a wonderful day .

Clever way to use your stash, if I got another cushion, I think my husband would divorce me, typical man, hates all the feminine touches.

They both look fantastic! I love the pompoms (will have to try these at some point!) but it looks fine without them too. What a great way to use up your stash.

They both look good! What a great way to repurpose items and use up some stash at the same time!

Ciao, it is very nice the one with the pom , pom. Brava!
Miriam

Lovely cushions, Maggie! The pompoms are make the first one extra cute!

Happy July to you :)

What a good idea. It's given your pillows a new lease of life. I love the pom-poms on the pillow.

Good use of your put aside pillows. The pom poms do make it look more finished.

Beautiful and what a fab idea.I agree,second one without.

Oh goodness! Those turned out wonderful! I love the pom poms. The pillows aren't boring anymore. They look extra special to me. Great way to use up stash yarn too. Following you! ♥
xx Beca

They look great and I love the pom pom edging. It always feels good when you make something from materials you already have.

Blog rounds, so waving hello. Was making headway using what I had......then hit a 60% of sale and lost my mind. What can I say.

VERY NICE! The one with the pom poms is perfect for the upcoming fall season and the other one just reminds me of SPRING!!!

I don't thing the *spring* one needs pom poms. It has a very nice edging already, but the pom poms are mighty cute.