It's been all about the cake this week

I haven't really had the time or the inclination to write a post for the last month.
I do want to keep this blog of mine going, if only for a record of what i'm up to as it's nice to look back on, so here i am again with a catch up of this past week.

Yesterday was Oliver sixth birthday and as he is into Halloween I made him a spider cake with Halloween sweets inside. 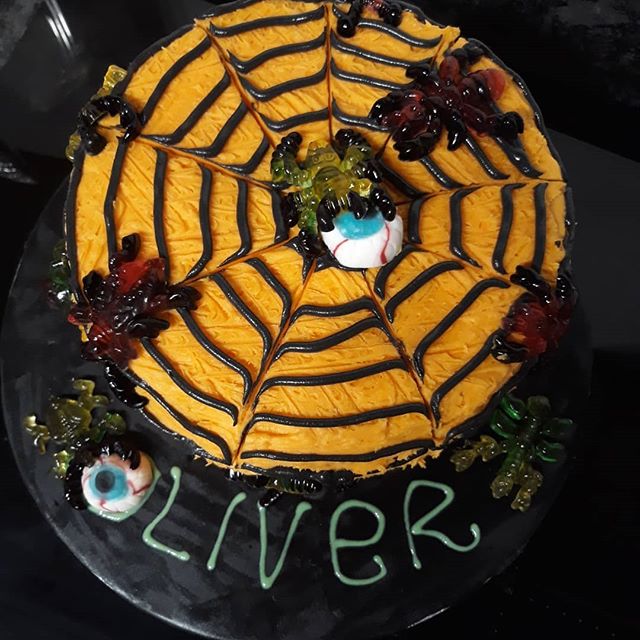 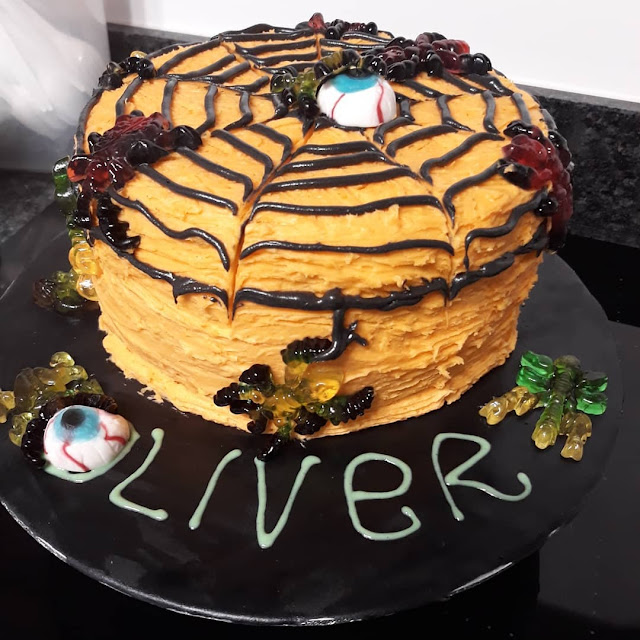 It wasn't perfect, I just winged it with the decorations after looking at some pictures on Google, but Oliver was well impressed,  but then, six year olds don't tend to look too closely for imperfections and mistakes do they?

We also had our Macmillan Coffee Morning at work on Monday, so my Sunday was spent mostly in the kitchen. 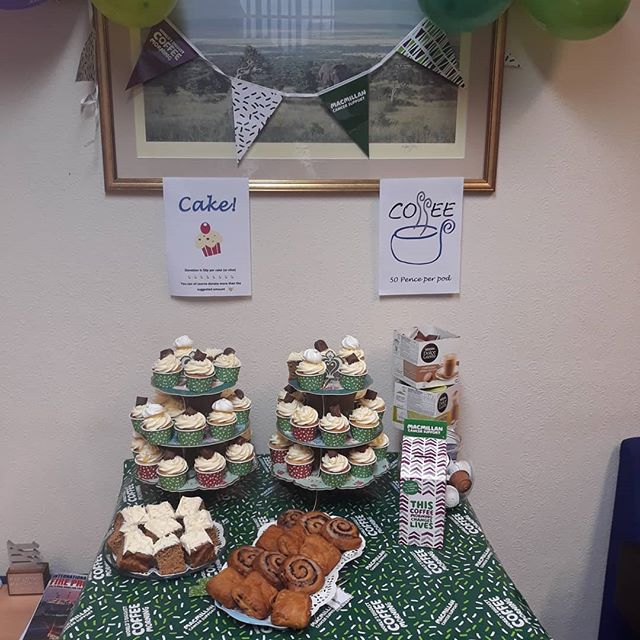 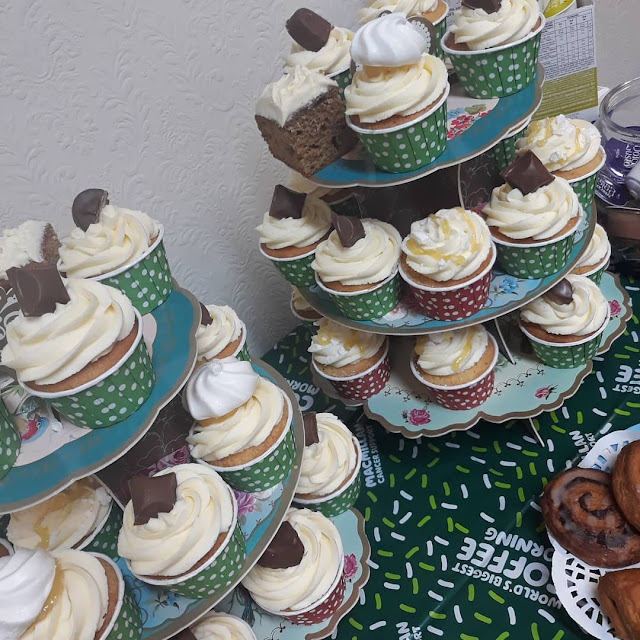 There was only myself and two other ladies who volunteered to make anything, it's surprising how some people suddenly become good at avoidance tactics when they think they might be asked to contribute something Isn't it?

I made the cupcakes, carrot cake and pastries, another made a Victoria sponge and the third made some bacon pastries, which went down really well, as you might expect.

We are still selling the coffee pods for the fancy coffee machine we have in the kitchen, and the game card is still running until Friday to guess the length of the veggie roll, I'm hoping to catch people to collect their change when they order their Friday breakfast sandwiches, again, getting people to make a small donation, even when it's for such a good cause is harder work than you think, but I'll be rattling the collection box at them anyway and counting our total on Friday lunchtime.

Wow, I'm suddenly very hungry after reading your post, all that baking looks delicious. I can't see any imperfections on Oliver's cake, it looks super to me and just what any six year old boy would love, very impressive. I like the cupcake cases. There's always those who will do their bit and those who try to avoid getting involved at all costs. I was on the PTA when my two were at school and it was always the same faces that showed up when we asked for any help. Good luck with the rest of your fundraising.

What a brilliant cake, no wonder Oliver was pleased with it! Those cupcakes look delicious, I could really enjoy one with a cup of tea right now xx

Love the creepy eyeball for the O in Oliver!

It's not only six year olds that are impressed.

I can imagine how much Oliver loved that cake. It was just perfect for a little boy who likes Halloween! I would have loved it too.

Love the cake ,lucky Oliver .
You really are a great cake maker.

Oliver's cake looks great!
Well done on all your baking for the Macmillan coffee morning. I'm surprised there weren't more volunteers for backing. Maybe they made up for it by buying plenty of cakes.

Cake and cup cakes are perfectly managed on tables with cute attractive décor. My friend's farewell party at one of the pretty halls of Chicago venues was amazing. Desserts and mouse pan puddings were delicious. Liked the Chinese and many variety foods with lavish food cuisine paintings on the walls.