Pretty minis on a Monday

When I first started watching podcasts everyone seemed to be knitting scrappy blankets, some people called them memory blankets as they used up the little left overs of yarn, usually from socks they had knitted.  I thought they were all so beautiful and really wanted to make one but as I have yet to finish my first pair of socks (hangs head in shame) I was never in a MILLION years going to accumulate enough left over yarn to ever knit a memory blanket!

And then I discovered mini skeins :-)

I've been collecting these minis since the beginning of the year and have now got quite a nice collection. 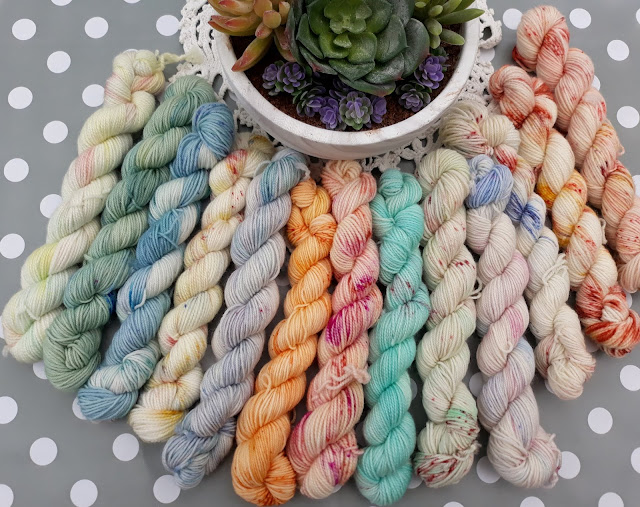 Below is a new collection of the 10g mini sets that Kelly of Lay Family Yarn has just started selling, you get five 10g minis for £8.50, bargain! She has done two boxes so far and these are both of them

(mmmmm, there are only nine little minis there, one must have been camera shy) 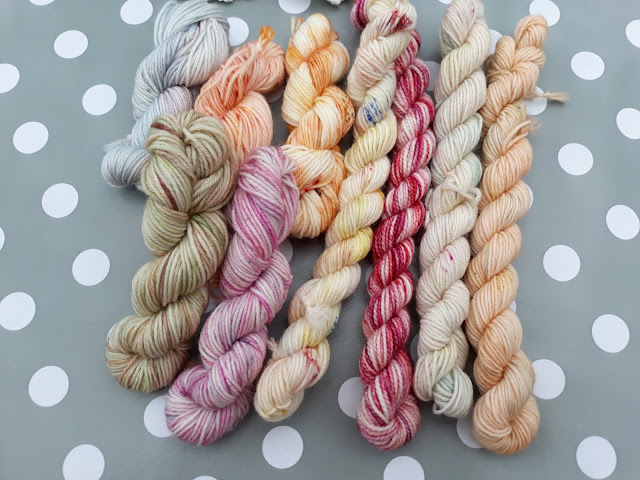 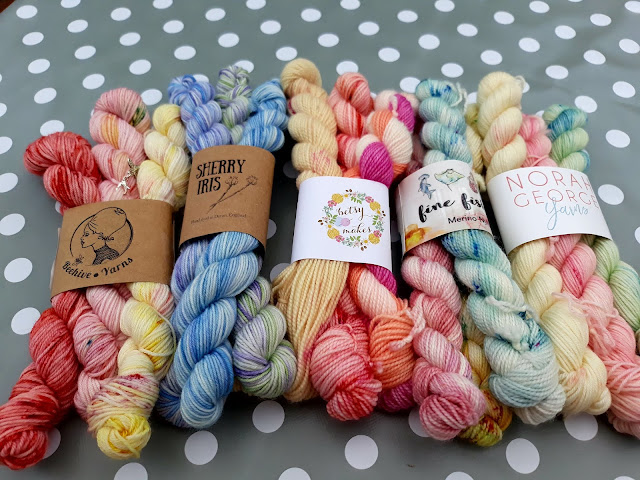 They are so lovely and colourful I can hardly bear to use them!
I have test knit a couple of mitred squares to see how they work up but I don't think I will make a proper start until after the summer.  It's going to be a long term project anyway once I get going, so for now I just going to go on collecting :-)

I had a nice relaxing start to my week off, my breakfast was eaten with a lovely view of the garden instead of eaten in between taking phone calls 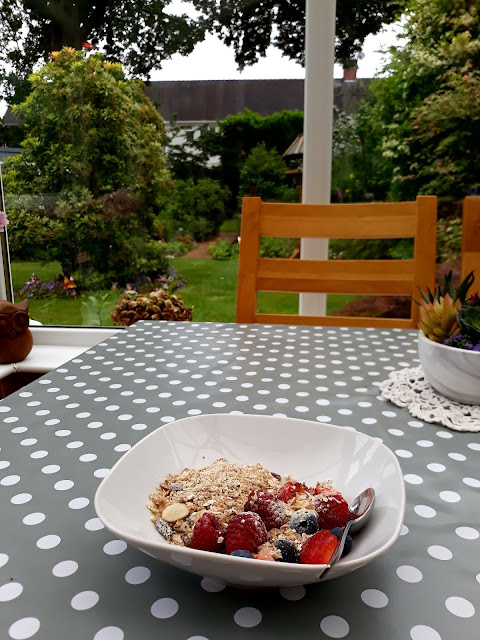 Late morning I went out with Stevie for couple of hours as she wanted to get some plants form the garden centre.  We both had a bargain hanging basket, I wasn't going to get one for by the front door this year because the front of our house always seems to take the brunt of any wind or heavy rain, but for only £8 I couldn't pass it up.
We had some lunch at another garden centre and then I played with my sewing machine for the rest of the afternoon, the results of which I will show you tomorrow.

I was able to get in the garden on Sunday morning and have a good tidy up, it rained later in the afternoon so I'm glad I went out when I did. 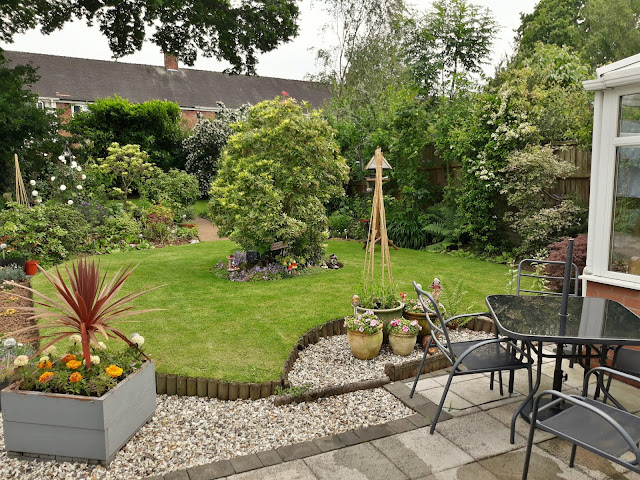 I've got more roses this year, I remembered to feed :-) 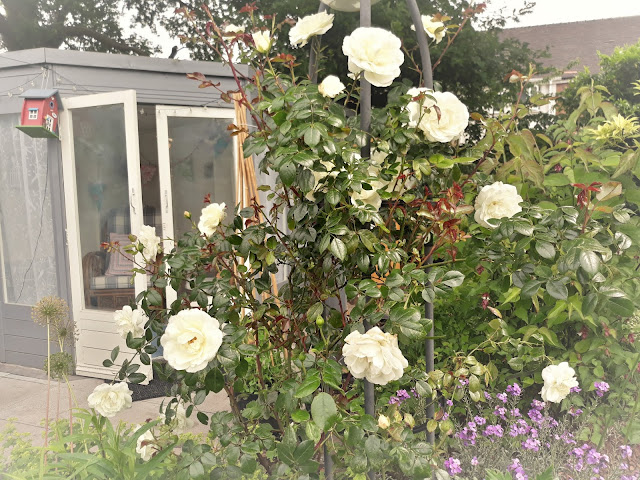 And my fairy glen is looking rather cute now its surrounded by flowers. 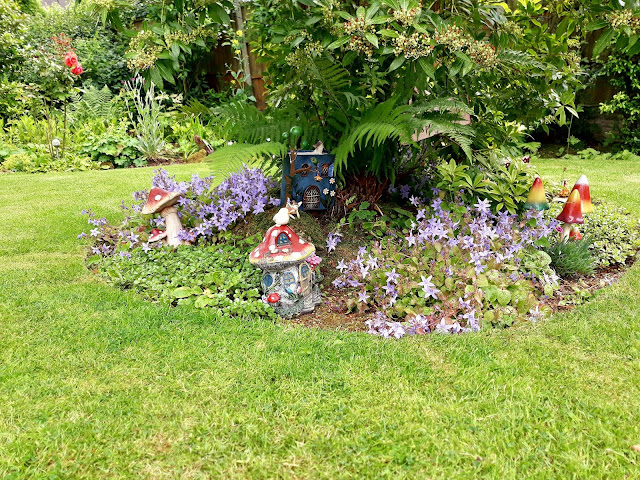 Oh yes, you are right, the wool is really great, very nice colors. Since you really want to make something nice out of it.
Very pretty your garden and laid out so beautifully. Even in my garden, the roses have more flowers than ever before - just fantastic.
Have a nice week, Martina

Such pretty yarn, it will make a beautiful blanket. Mitred square blankets are great to just pick up and put down, a square doesn't take long to knit so it's a nice project to work on in between other things. Your garden always looks so lovely. I've got more roses this year too.

Love the colours of your yarn, I have just started collecting the smaller weights. I love your garden, it looks good, I'm not into faries, but I do love your mushrooms.

Those mini skeins are sooo gorgeous! I'd feel more inclined to put them in a pretty frame and hang them on the wall LOL But they call out to be knitted into something beautiful. I look forward to seeing your blanket. Best, Jane x

Liking the fairy glen, I could just see you sitting there on a crochet blanket chatting to the little people LOL
Pretty minis, a nice collection growing.

Those are some wonderful plans for those little mini skeins. It should be a fun project to work on. Your yard looks so pretty and welcoming.
xx Beca