9th December - A lazy one

I feel as things have been full on lately, December is like that isn't it.  I have been trying over the last few weeks to have a good sort out.  I find as I get older I just don't want all the 'stuff', you know, those things you keep just in case and then find and think, why did I keep that?

I've sorted and reduced the amount of Christmas decorations, some things I didn't want I've sold on Facebook and a large bag of things including some household items have gone to the charity shop.  I have another bag full in the garage to take when i'm going past again.  Mark will be happy that there is less to store :-)

I've listed another four things on fb this morning and sold three of them right away so I'm happy that they are going to be used instead of hidden in a box anything that doesn't sell by Christmas week I'll take to the charity shop.

I get overwhelmed when there is too much around, can't be helped this time of year though, our small bedroom looks like Santa's grotto with all the children's presents and I haven't bought as much this year! At least I know these will all be gone in another couple of weeks :-)

I've only dressed the mantles in each room so far, we have no Christmas tree to put up at the moment, yes, I got rid of that too, I'm being ruthless, lol. 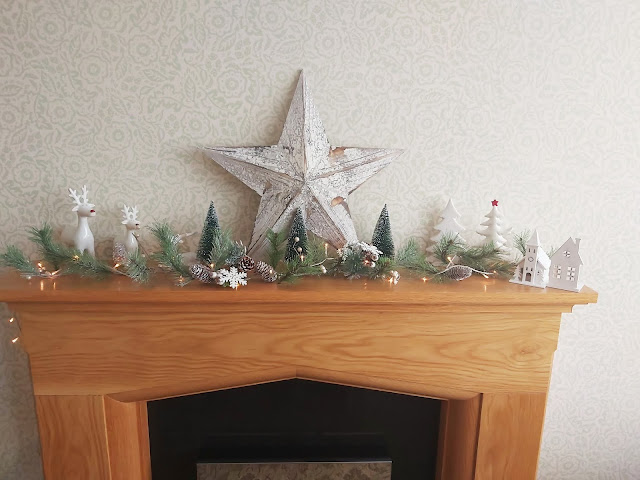 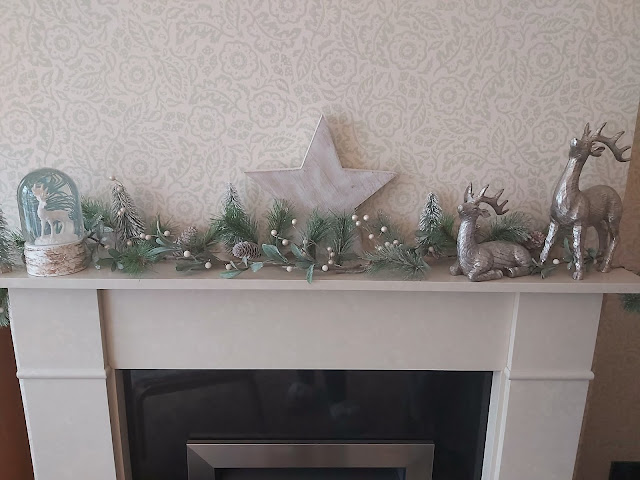 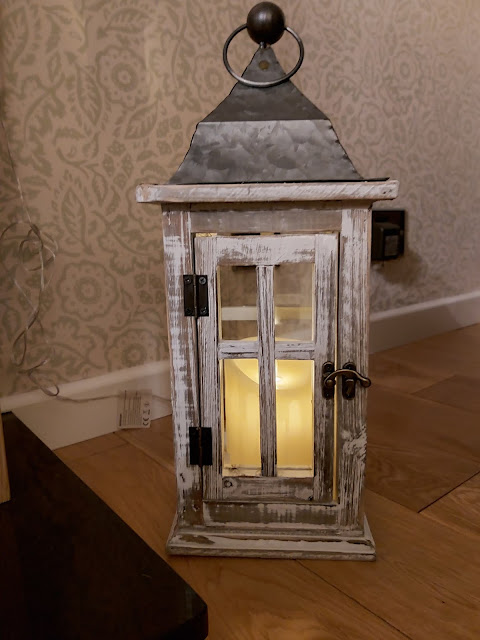 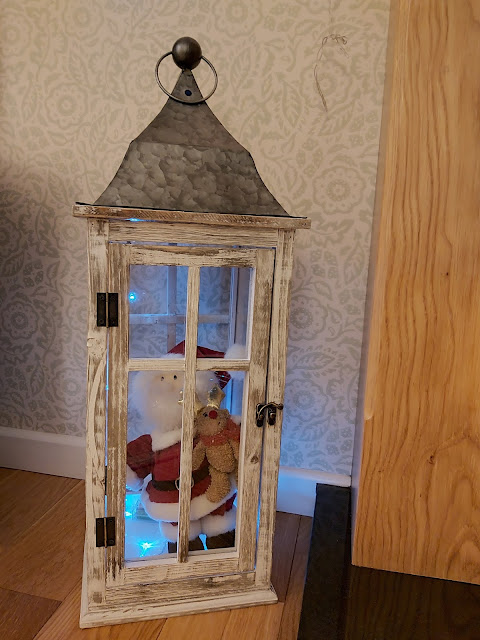 We bought the two lanterns above for by the fireplace a few weeks ago, I've got lights and Santa in the larger one and I found out one of those battery candles for the smaller one.  I was confused last weekend, when I went to bed on Saturday I said to Mark don't forget to turn off the candle and lights before you come up.  On Sunday morning when I opened the blinds the candle was off, when I went in the room again on Sunday evening the candle was on.  I asked |Mark if he had put it on, he said, no, and it wasn't on for me to switch off when I came to bed last night either.  Strange.

The same thing happened on Monday.  I mentioned to Joanne that we had a magic candle and it was a mystery, she said no mum, they turn themselves off, they are on a timer, whatever time you first put them on that's the time they will come on each day and they only stop on for a certain time!!! doh.  Neither me nor Mark had even thought of this, lol, we MUST be getting old😂😂 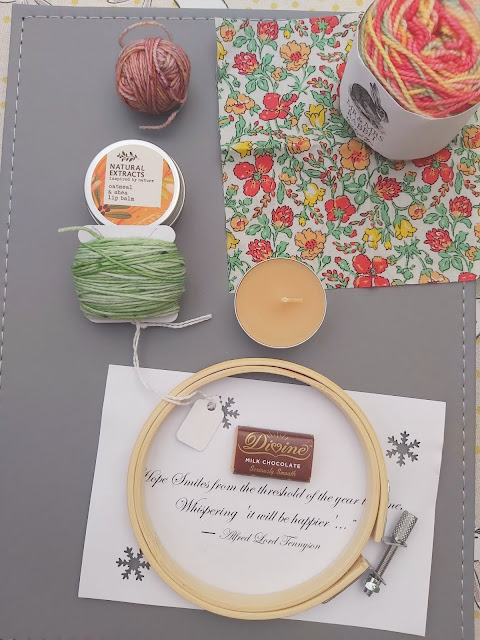 You've done well with your sorting out ...
Your mantles look nice ...

The decorating that you are doing is very pretty. My problem is that as soon as I get rid of something then that is exactly what I need. However, we cleaned very well last Spring and did get rid of a lot of stuff. There were 45 minute waits at our thrift store so I guess many people did the same thing.

It does feel good when you have a sort out and get rid of a load of things. We've been doing the same here, it's an ongoing thing with the amount of 'stuff' we've kept over the years. Your mantles look lovely.

I need to be firm and get rid of things to.
I am getting better at it , I good idea that I now have is when I buy something something has to go . works a bit ha,
Your fire places look great .
Loving the advent .
Enjoy your day.

I love the automatic candles, we have a few battery light set which do the same, our Christmas tree lights are on a timer, so most afternoons between 4pm and 5pm our home and garden lights itself up.
Your mantles look beautiful, I love the simplicity of them.
I have been passing on stuff for years, since we downsized, living with less is so much better.

It's great you managed to have a sort out it's amazing how much we seem to accumulate, you mantle looks lovely, I had a laugh about the candle I wouldn't have know either and would be convinced it was a ghost doing it or something.

Sorting out always brings such a sense of satisfaction. I'm like you, Maggie--too much "stuff" everywhere makes me very uneasy. I like a nice tidy space. Your mantles look lovely--and both have such pretty winter decor that you can leave them up through January! Very nice :)