A tale of two stitches

I've been wanting to have a go at sewing something wearable for a while and I got a load of fabric off Mark's auntie a few months back, mainly for finishing cross stitch items but, there were some larger cuts of fabric in there too.
I chose this pattern by Tilly and the Buttons because it said it was a beginners pattern, it takes you though all the steps from cutting to assembling and sewing.  I also liked the idea of a tunic as I do wear them a lot. 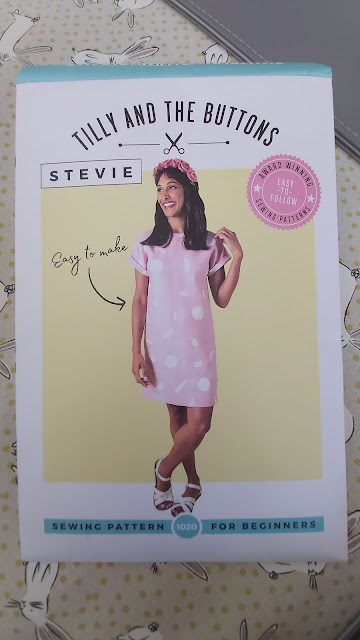 Tadah!
I did it!
I set aside last Tuesday when I knew I would have no distractions, and good job I did because it took me most of the day :-) 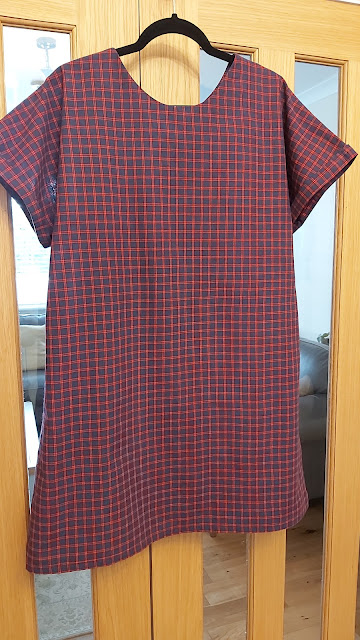 Now I'm not saying it's perfect, but for a first attempt I'm pretty happy with it and....it fits.  If I wanted to be really picky about the fit,  It could do with taking in a smidge, but I could still do that If I decide I want to. 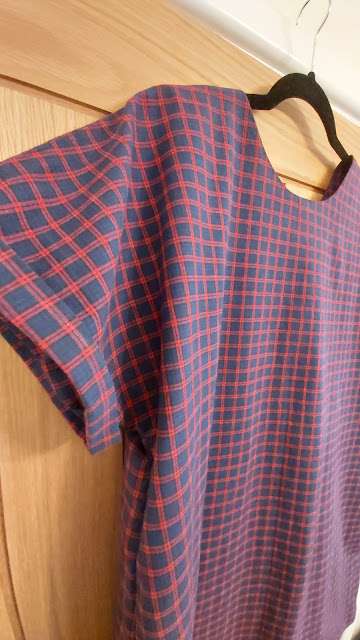 I've also been stitching on and off.
I haven't been feeling like stitching lately but I did get Autumn Dream out recently to see if it would spur me on.
This is where I'd got to when It got put away. 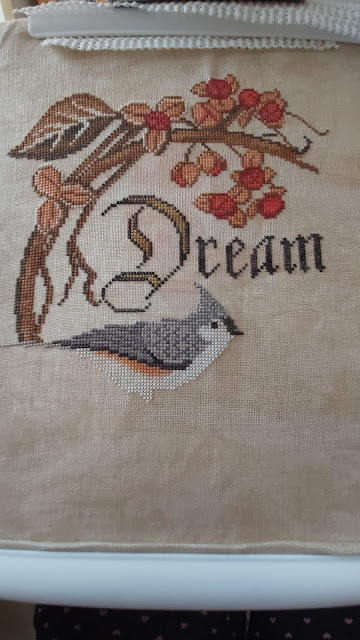 And this is how it looks now it's had some attention. 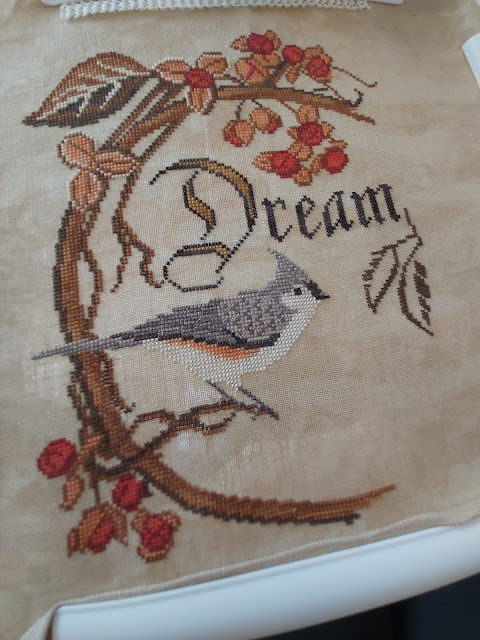 I'm going to keep plugging away at this though June in the hope I can get it finished, although If I'm honest I don't much like stitching on it, I do however love the design so it needs to be finished.
Today is another Bank Holiday here in the UK and for once the weather is beautiful, not that we are going anywhere, I would imagine there are crowds of people out and about today because of the sunshine, so I'd rather stay at home.  We've worked in the garden all morning before it got too warm and enjoyed a quiet afternoon.
Mark is back at work tomorrow and as it's half term I won't have to pick Oliver up from school so I have the rest of the week to myself :-)
-X-
See you soon...... Maggie

I think your cross stitch project is adorable. The bird is beautiful.

Your dress turned out nicely too. And, isn't it nice when you can say I made it?

Your dress is wonderful for your first ever wearable. You did very well. And you did an excellent job on the pattern matching.

The cross stitch is lovely.

A lovely finish for your dress and a very versatile pattern too. Autumn Dream is coming along well too, very pretty.

The tunic dress is lovely, you've made a brilliant job of it. I can see a whole new wardrobe in your future. I haven't picked my cross stitch up at all just lately, my hobbies have taken a bit of a back seat over the last few weeks, I just haven't fancied doing much.

What a lovely dress, well done.

When I was younger I had to make all my own cloths my my mom and dad didn't have to much money , I brought a old Singer and never stopped sewing and knitting .
I even made my daughters cloths . Then I got rid of my singer and brought a new up to date sewing machine BIG mistake hated it . Never enjoyed stitching since .
I wish I had my Singer back.

Love your new stitch it's beautiful.

Wow, you did so well. I'm hoping to get going with some form of needlecraft this year. Your blog is great for inspiration, with such lovely things.

What a pretty dress, Maggie! I haven't sewed a piece of clothing since high school and I'm not sure I'd know where to begin :)

I absolutely love the Dream piece you're working on. I think I'll start that one this fall. I'm working on the Simplicity one in that series now...

I think the tunic dress looks good.
Your cross stitch too is lovely.