Our garden in July 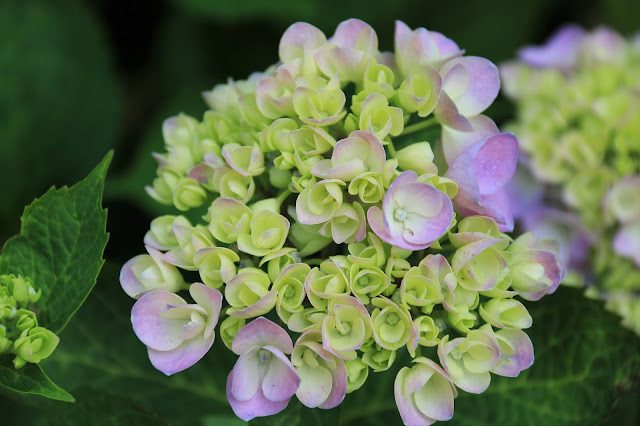 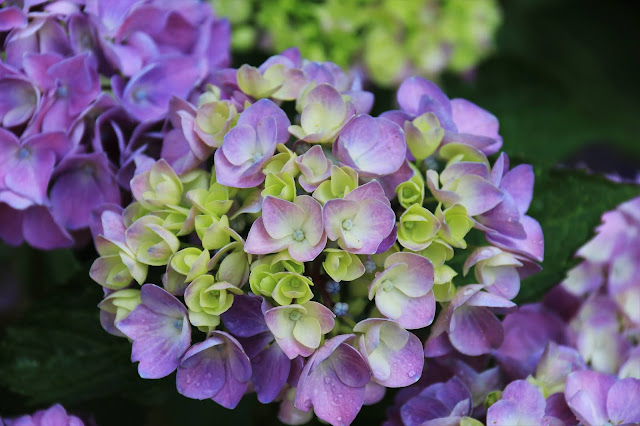 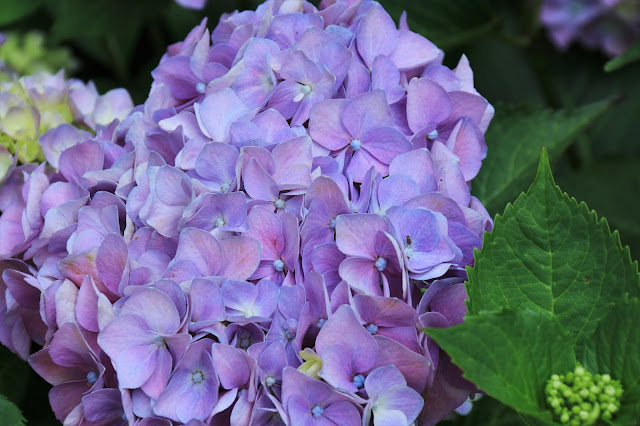 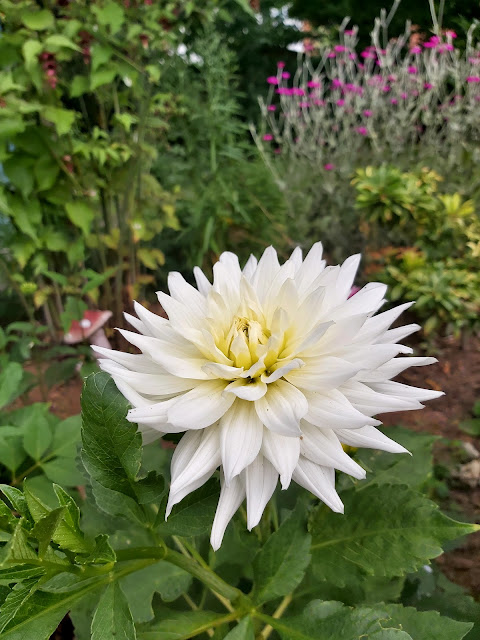 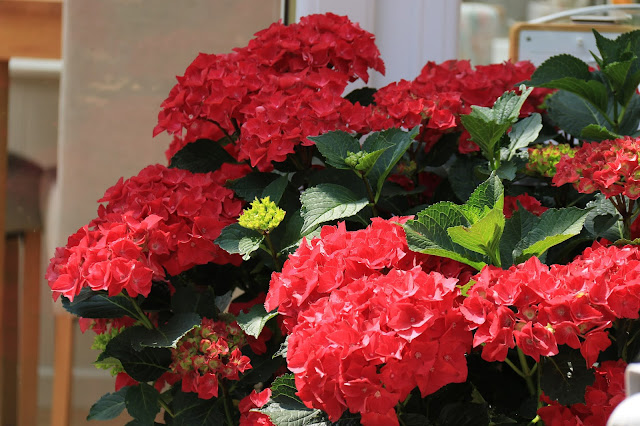 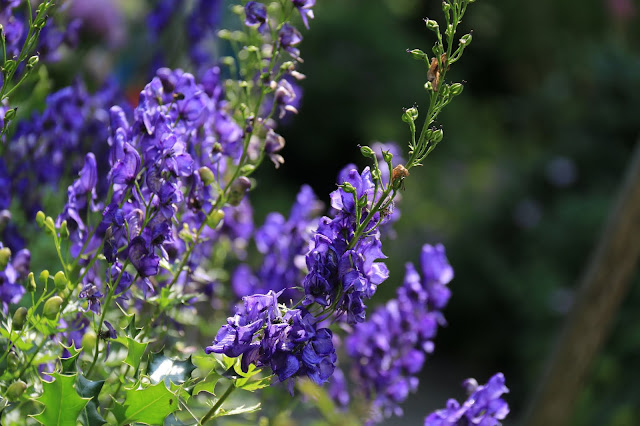 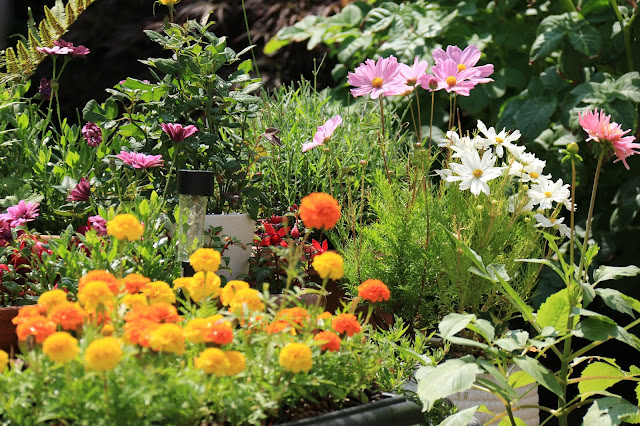 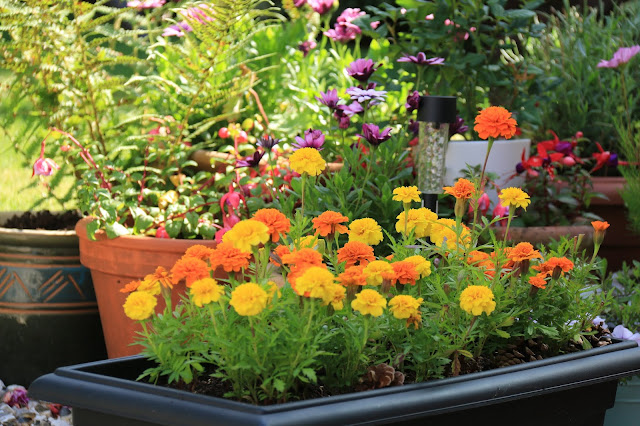 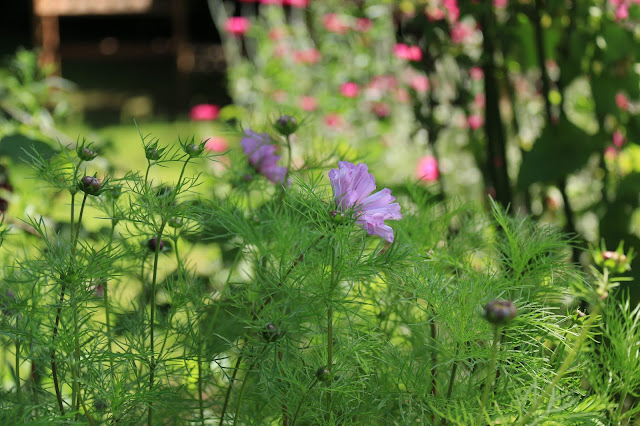 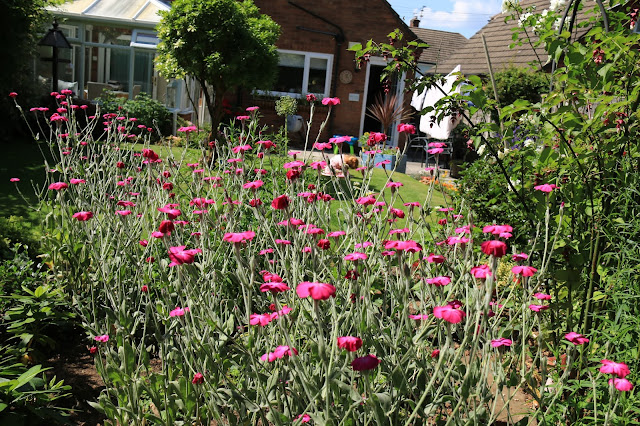 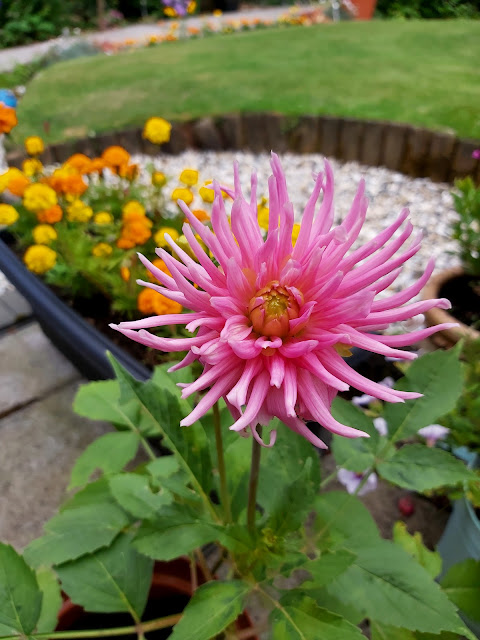 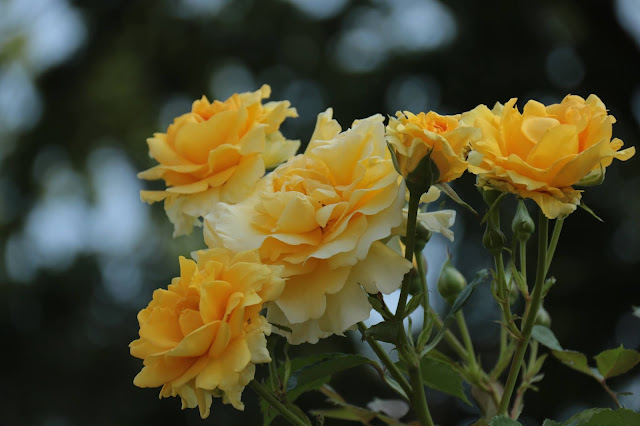 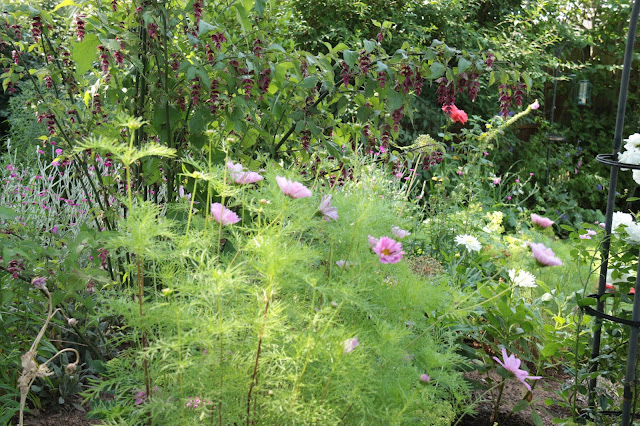 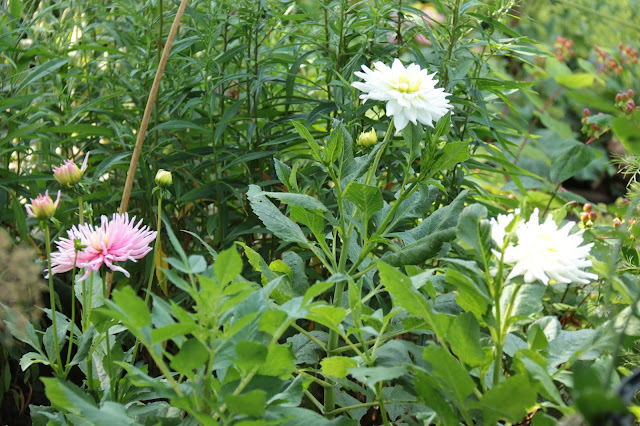 We didn't get the rain that was promised over the weekend, it was still very warm yesterday although not quite as hot as last week it still managed to get into the high 20's C.
Finally this morning we have had some rain, not much so far, but thank goodness it has cooled down, the forecast for the rest of the day is overcast with showers, that's fine by me :-)
I took some photos around the garden last week so I thought I'd share those today.  Some things don't seem to have done so well this year, others have done better than expected.  The trailing fuchsias I bought from a local garden centre turned out not to be trailing (grrr) and have put on such a poor show.
The cosmos and marigolds I grew from seed and are doing very well, I'll definitely do those again next year.
The roses I cut right back last year have come back lovely, (i thought I might have over done the cutting), there is only one not doing so well and I think that has more to do with where it's planted so I might have to dig that out.
The hydrangeas are doing really well, the purple one was already here when we moved in and for the first time I remembered to feed it this year and it's grown so much, the red one I bought last year has doubled in size, so pleased with those.
I love dahlia's but usually they don't fair too well because of the slugs, but still, I decided to give them another go this year and so far I'm happy that they have done ok.
On the whole I'm pleased with how things have done and how the garden looks, I know Mark thinks our garden has too much going on, and, there are things I would change if I could and some things I would take out completely but I'm not sure it would be worth the cost, so for now it is what it is.
-X-
See you soon...... Maggie

Your garden us lovely, so much colour, with a good mixture of shapes and texture. It's annoying how some plants don't perform as well as other years.

Beautiful blooms. The Hydrangeas will dry well and keep their colour for months. I adore the blue varieties.
Jean. x

you have beautiful gardens. love all the flowers. hugs Lynda Ruth

Beautiful flowers, the hydrangeas are gorgeous, and the fabulous yellow rose. I like to see a garden packed with interest. We haven't had any rain at all since before the heatwave, we keep having it forecast but it hasn't been right yet. It was supposed to rain this afternoon so I rushed to get the bedding on the line this morning and it's still sunny, no sight of a rain cloud in sight.

What gorgeous blooms, Maggie--every color of the rainbow. And your photos are always so crisp and clear! Hope you are enjoying this last week of July! ♥

You are surrounded by beauty. Love the Hydrangeas mine has not done well in our heat this year.

Your garden looks beautiful. I like the variety of flowers you have grown. Your dahlias and hydrangeas look healthy. We had some heavy rain showers yesterday which has refreshed the plants. Take care Maggie and enjoy the rest of the Summer.

Love your garden , you for sure have green fingers .
Lost all my Dahlias and Lupins so from now on I will grow in pots the slugs just love them so hoping this way I can keep an eye on them .
Its gone cool here , last night was cold!
Enjoy your week .

Oh your hydrangeas look great, mine don't want to show so many flowers this year.
You have a nice garden, thanks for showing. Martina

I think your flowers are just lovely. We have had an unusual amount of rain in the early summer which has been good for the flowers, but now the real heat of summer has arrived so you can't keep enough water on them. The hydrangea is so pretty.

One can see that your garden is tended with love and delight. Mine by comparison, is just neglect and despair. Maybe next year...
If you can find some copper wire at your local hardware store, putting small rings of it around your slug-loved plants can deter the slimy guys. Touching it gives them an electric shock, so they tend to go elsewhere.
The coral geraniums are gorgeous!!