I don't have my Monday outings with Bonnie now because she has started school,  but this week has been half term so we had a day out together yesterday.  She is such good company and no trouble at all.

We went to feed the ducks first, because of being in isolation and then straight back into everything whats going on with mum, It feels like forever since I've been out and about so it was lovely to walk in the fresh air and see all the lovely Autumn colours.

The weather is still really mild, still not cold enough for a coat but It was rather windy, hence Bonnie is wearing one of Nanny's hat knits :-) 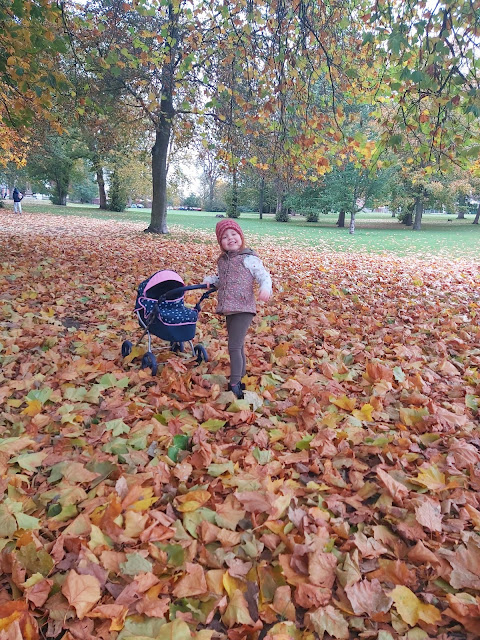 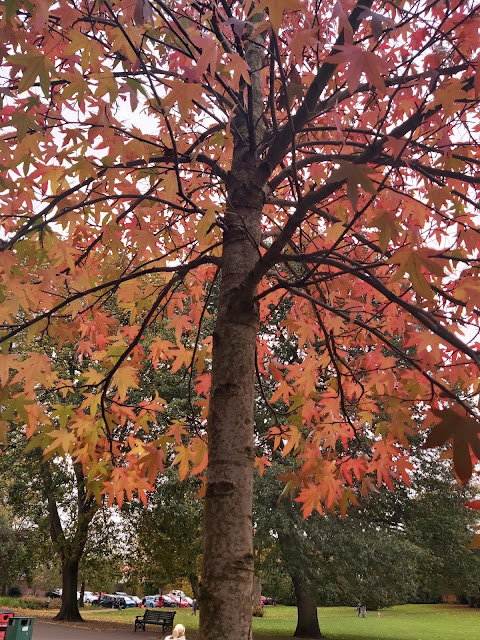 There were lots of Canadian Geese, more than I've seen there before, all eager to eat the food we bought along. 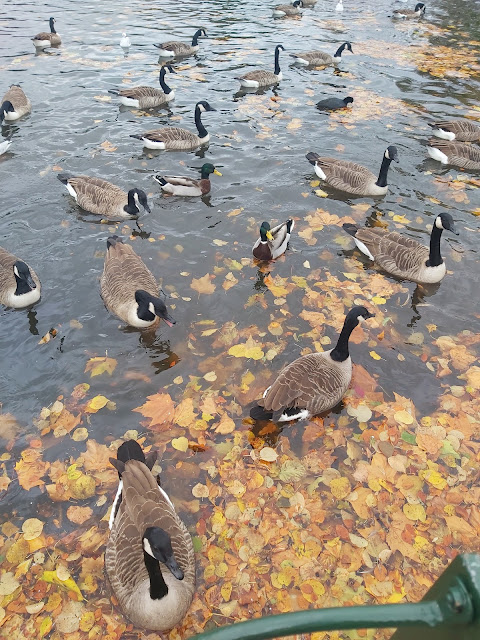 Later, for a treat, I took Bonnie for afternoon tea at a cafe call Mad Hatters.  As the name suggests the place is decked out with all things Alice in Wonderland.  I've blogged about this place before, we had Joanne's baby shower there when she was expecting Jacob, but this time of year it was also dressed for Halloween.

Bonnie likes cute Halloween, but isn't too keen on scary Halloween, she was impressed with her afternoon tea though.  There was quite a lot there for a little person but we were able to take a doggy bag home, so nothing went to waste. 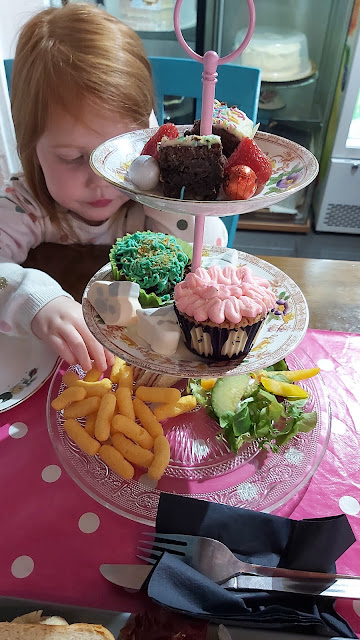 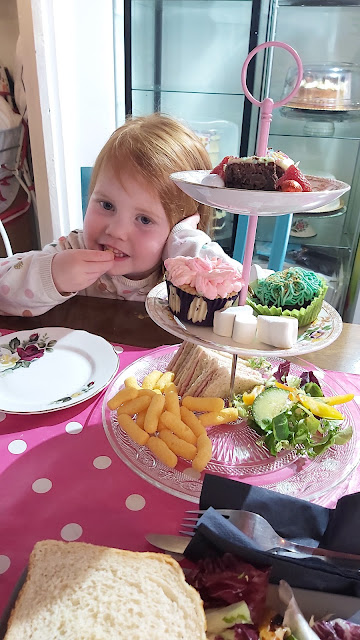 While we were at the park we collected rather a lot of leaves and once home we spent a few hours coating some of the best ones in diluted PVA glue, I think Joanne is going to make a garland out of them now they are dry, the coating of glue has bought the colours out lovely.   We also decided to put some in the flower press too, no idea if they will survive, but we'll see in a few weeks. 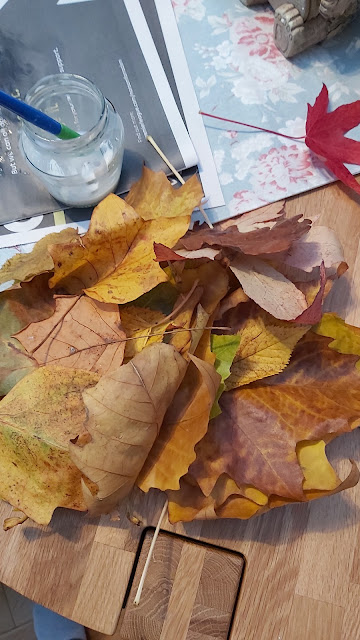 I really enjoyed our time together yesterday, it was lovely just to enjoy the day without rushing, and I think Bonnie had a good day too :-)
-X-
See you soon...... Maggie

Whilst school is good for our grandchildren, the gap in our week when we are not seeing them is huge, I'm glad you had a great day together.

I’m with Bonnie. Cute Halloween is okay. She’s a cutie.

Bonnie is sure growing up!!! I am glad that you got to spend a day with her.

Wow, did the glue ever bring out the colour of the leaves.

So nice for you to spend a day with Bonnie, I did enjoy seeing your photographs.

So glad you were feeling up to a day of play with
Bonnie... Just love the whole tea experience and the
goodies look tempting. Be well and enjoy the weekend.

I really appreciate your professional approach.These are pieces of very useful information that will be of great use for me in future.
មាន់ជល់តាមអនឡាញ

What a lovely day .
Beautiful photos .
Enjoy your weekend .

That will have done you the world of good. After being cooped up with Covid, and all the worry of your mum, it's nice to get outdoors for a while, and even better to be in good company. How lovely to go for afternoon tea together, that looks such a treat, and I love your crafting idea once you got home again, the leaves look so pretty hung up in a garland.

Well this was lovely for you wasn't it?! She is so darling. :)

That looked to be a very special day indeed. Pure joy.
Jean

Your day with Bonnie sounds delightful, Maggie! She seems to be such a good-natured child and I'm so glad you live closeby to see her often. Love the fall photos you shared. Our trees are still not very colorful yet and I'm hoping we don't miss out this year. Enjoy your weekend--let us know how the leaves turn out :)

What a wonderful way to spend a day with your cute little grand daughter. You are making so many wonderful memories with her.

When I see someone's blog, I really like it.

There's nothing like spending time with a little one to really enjoy all that the season has to offer. X