I've been MIA again, but at least I've got an excuse this time, we took a week's holiday to Tunisia.  I've had a lovely relaxing seven days sunning myself, sleeping, reading, eating and generally doing nothing much at all:-)  We came home late on Sunday night and as it was Bank Holiday on Monday at least I had one more day to recover before going back to work on Tuesday.

We stayed at an all inclusive hotel which was very nice, all the staff were very friendly and polite, although i think we went just as the season was getting started so it didn't really liven up until the last few days, but that was ok.

The pool was still a little cold to go in when we got there, but there was an indoor pool too.
I took this photo on our last day, either the water had warmed up or they are very brave! 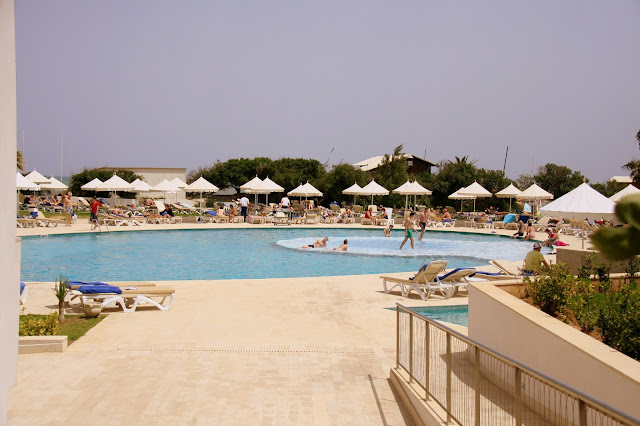 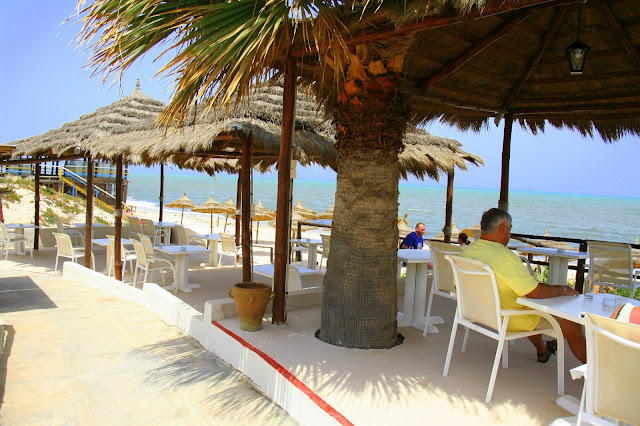 The hotel gardens were very nice, these flowers caught my eye 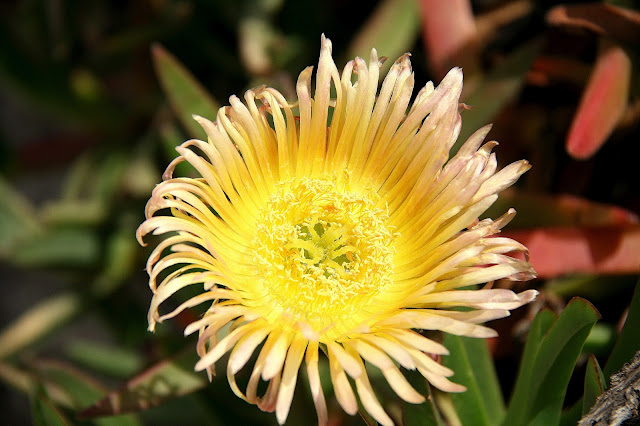 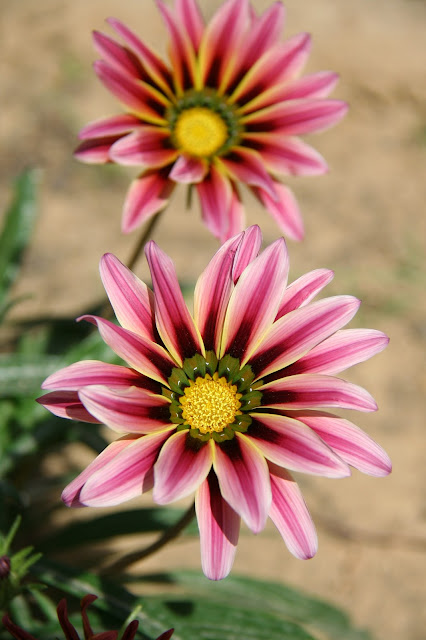 I just love how this one looks as though the red has been painted on the petals, so pretty. 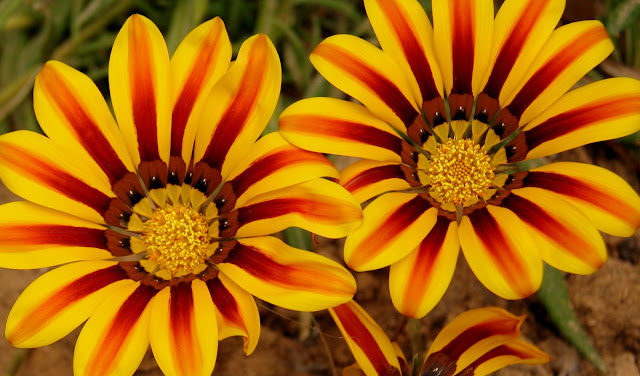 This is a weird and wonderful specimen, it looks like some exotic bird, shame I didn't see it open fully. 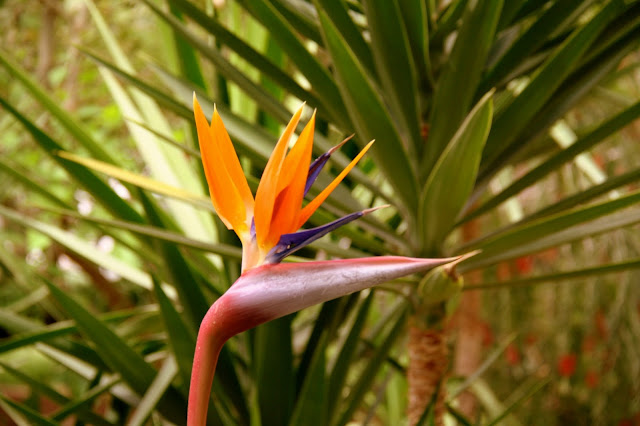 I did have one mishap while we were there, (there is always one, and it's usually me!!).
I wear ear plugs at night (the joys of having a husband who snores like a hog!!) and managed to get part of one ear plug lodged in my right ear.  They are the silicon type, similar to wax therefore they get quite soft, more-so when the weather is warmer.  I didn't want to go to a hospital over there, i did see the medic at the hotel but wasn't too impressed so decided to wait until we came home. They doctor at our local A&E couldn't get it out so made an appointment at ENT for me today.
After just over half an hour of two different doctors picking away at it it was getting very uncomfortable so they have said it would be better for me to be admitted as a day case and have aesthetic so they can remove it.
I should get a phone call in the next few days and hopefully they will be able to fit me in early next week.  What is left of the ear plug has stuck fast (which is why it was sore when they were trying to get it out) but is not where it will cause any damage, I just can't hear anyone unless they are to my left side, lol.

~~~~~~~
I will have some stitching to show next time, my Christmas ornament for May is all made up ready and I made good progress on Baby It's Cold at the Needlecraft Haven meet up before I went away.  I don't know how much more stitching I will fit in though as the next month is going to be a busy one, I'm away on holiday again in just over a week's time and Jenny has booked Oliver's Christening for the beginning of June and has nominated me to make the cake...eek!!!