Your cat starts to make a duvet out of your
sofa throw. 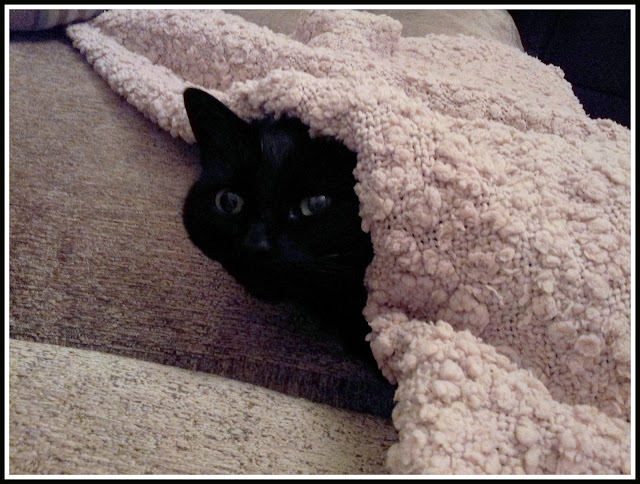 Time Off, Days Out & Baby Naming

I've taken some unpaid leave from work, I had planned to anyway when Jenny had had the baby, but I needed it anyway as it turned out to re-charge my batteries and just have a break from certain goings on.  I don't want to go into details, it's too long and would bore you all, but lets just say that there are some people that were telling tales and stirring up trouble for us girls on reception, It was related to work and wasn't true, if only the person they had gone to had bothered to hear what we had to say the matter would have been cleared up, but they didn't want to hear us, they just sent a rather nasty email and refused to see us.  I'm trying to forget it, but it's not easy, it upset me, a lot.  I hope I feel better when I return next Thursday, we'll see.
In the meantime I've been out and about and trying to catching up on some chores and trying out some new recipes (which I will share later on my recipes page).
Yesterday I went with Jenny and James to Blenheim Palace, there was a Christmas craft fair on and we had a little walk around the house too.  The day was very damp and misty but I did get some photos on my phone. 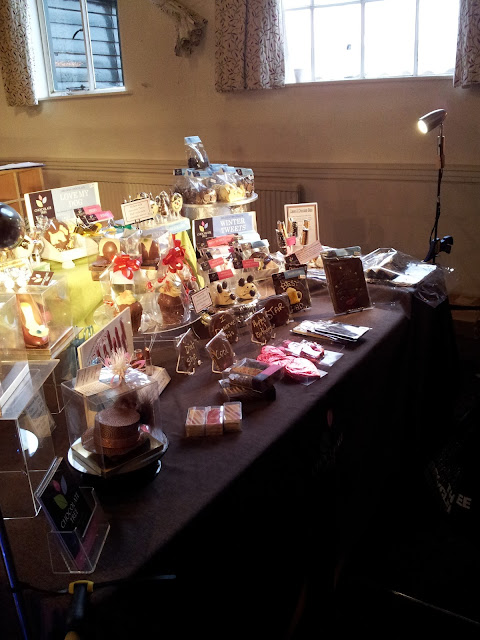 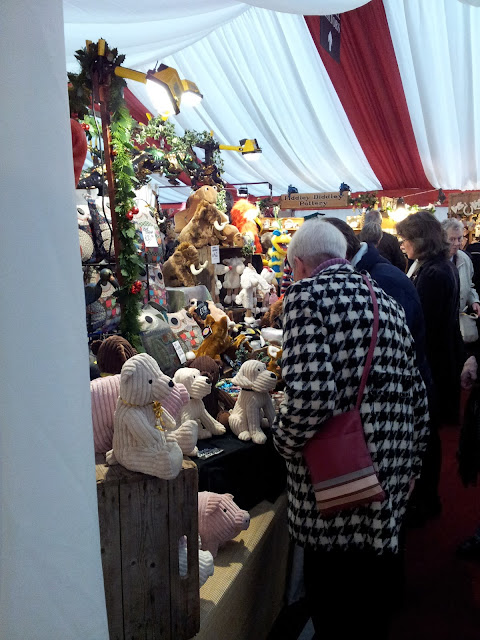 You are not really supposed to take photos inside Blenheim Palace, but as I'd only got my phone I managed to sneek some, lol - although they are a bit grainy. 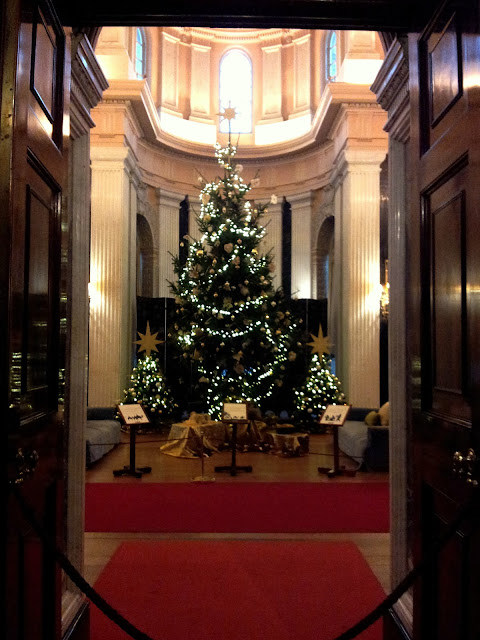 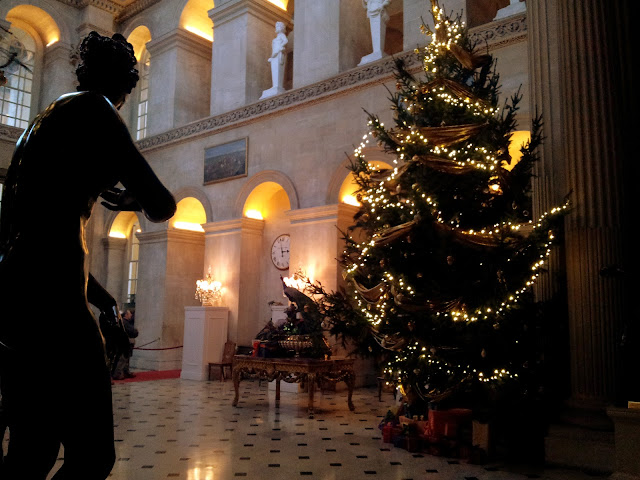 The next two are taken in the Library which is the second longest room in England in a private house
at 183 feet long. 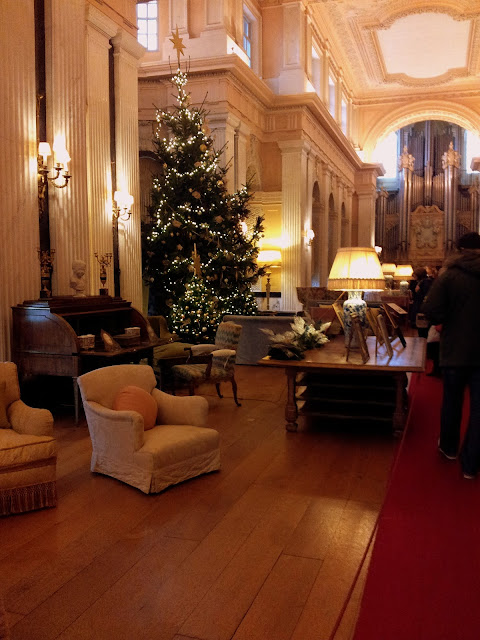 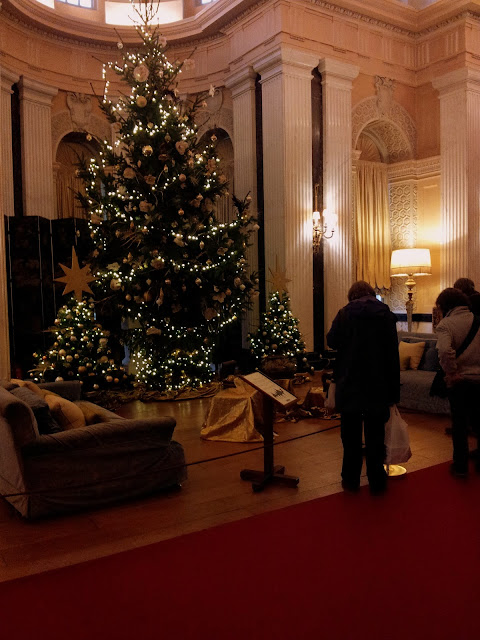 I was waiting for this random woman to move to take the photo, but she wan having none of it, lol  Still It does help you to see just how tall this fireplace was. 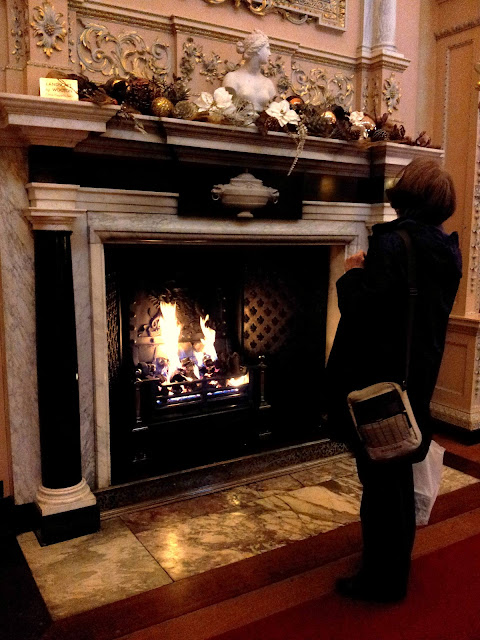 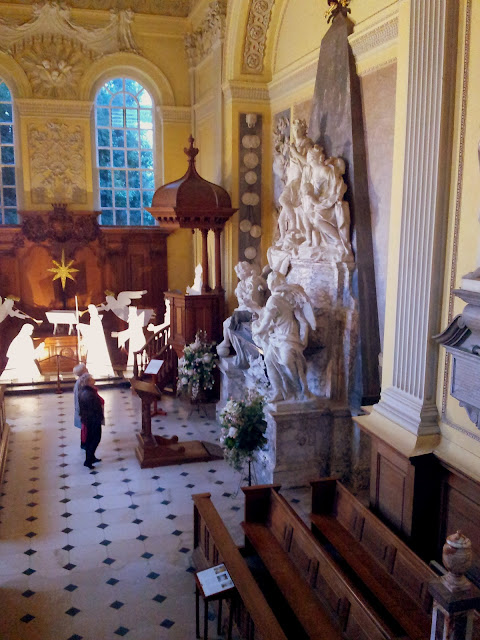 Despite the bleakness of the day there were still a few signs of Autumn around.
This tree still had most of it lovely orange leaves.

I've been stitching a little too, something for TP (who by the way has a name now :-)
Please excuse the terrible photo - It's Bent Creek, Baby Row, or it will be when it's done, I've made more progress since this was taken and as It's not too big I should be able to get It finished in time for Christmas.

As I mentioned baby TP now has a name here he is with his mum last Saturday, getting bigger every day :-) 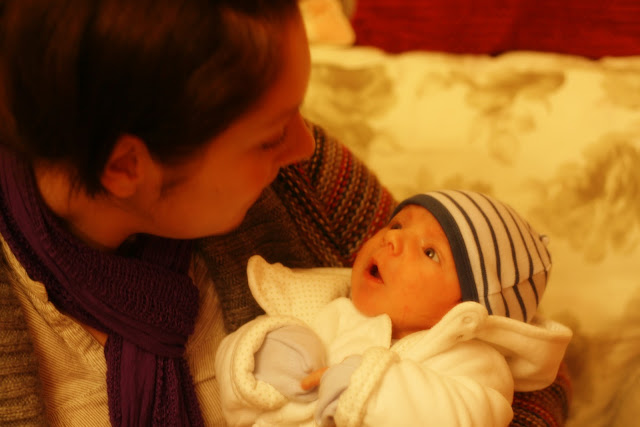 Today is another day out, this time with Joanne and her boyfriend, we are going to Laser Quest, I think I may be a bit old for this activity, but I'll give it a go, lol.

Have a great weekend, until next time x
See you soon...... Maggie 18 comments: