Not Your Typical TV Hunks (and Elizabeth Jackson)

I wouldn’t consider myself a a big TV viewer, I don't put TV on unless there is something that I want to watch. We have what feels like a zillion channels to choose from but there never seems to be anything on them, that’s worth watching anyway, well ok, Sunday nights have been good lately with both Titanic and Homeland
(on different channels but same times mind you! – what did we do without catch up tv!).

Anyhow, I do like to have something on when I sit down to stitch in the evening so a couple of weeks ago I joined lovefilm and have been enjoying the delights of Lark Rise to Candleford.
I vaguely remember this being aired but never took too much notice at the time.  It's set towards the end of the 19th century and tells the day to day story of the lives of the cottage people in Lark Rise who are poor working folk and the town’s folk of Candleford, who are more prosperous.  I’m on series 2 at the moment and it really is a joy to watch, of course the gorgeous Brendon Coyle (who plays Robert Timmis) makes it easier, lol

This picture of him is from The Glass Virgin, a TV adaptation of a Catherine Cookson novel – OK, this is him in his younger days, but it’s the eyes, they just scream passion, lol and there seems to be laughter lurking behind them, he may be older (and slightly heavier) but those eyes are still the same J

Now this was one I'd never heard of, but It's brilliant!
(See that old Alegro Panda Car in the photo, do you remember them?   and a police woman in a skirt!! - This series is set in 1973, there are some great reminders of the '70's - how the world has changed!
There is something about Philip Glenister who plays Gene Hunt, don't quite know what it is, but he's got it J

I remember some hype about Torchwood, but again not something I watched.  –WOW I’m totally hooked, can’t get enough!  John Barrowman, aka Capt Jack Harkness is just brilliant.

Isn't he cute and so fresh looking!

I've almost watched all of Torchwood now, I'm going to miss this one.
~~~~~~~~~
So, while I’ve been watching all these wonderful programmes I've been stitching on Elizabeth Jackson and here’s my progress. 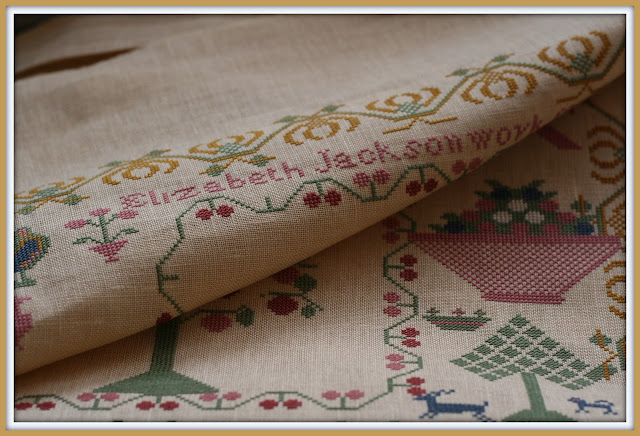 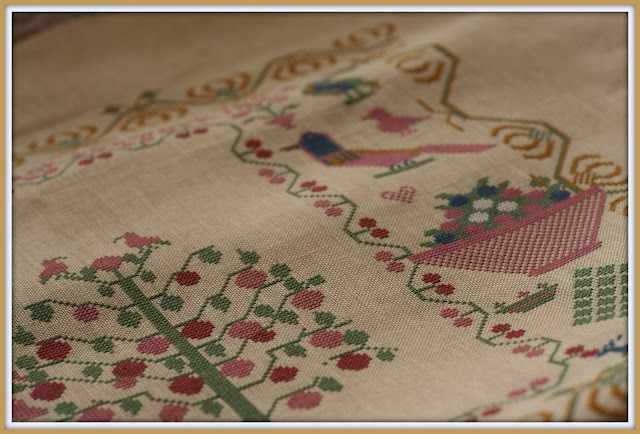 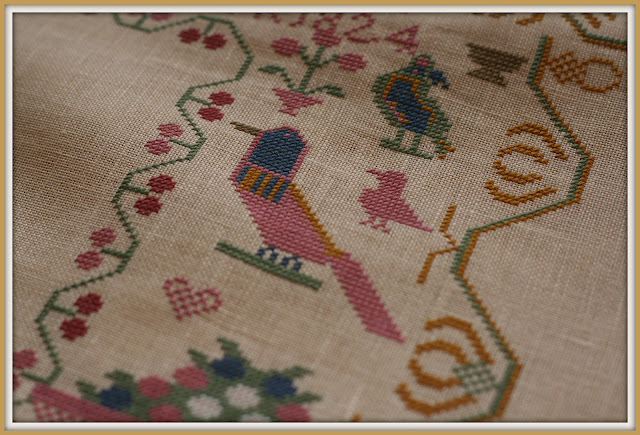 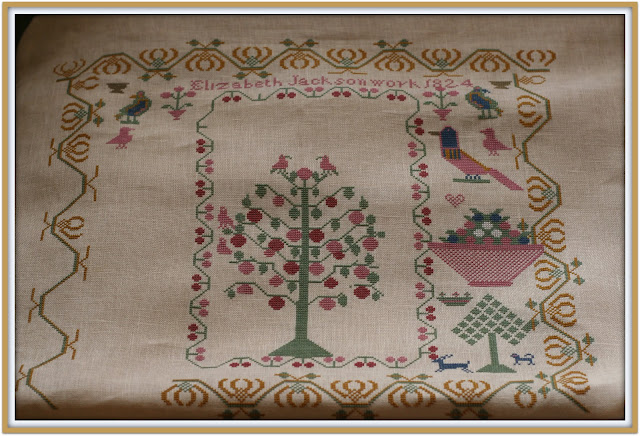 I really want this one done now, all the little bits are starting to get to me and I'm itching to start something new.
~~~~~~~~~~~
The guy is just finishing off laying the kitchen floor as I type,  and I've been painting all week so hope fully next time I may be able to show pics of my finished kitchen - at last!

I hope you have a good weekend whatever you are up to - someone  in our house is 18 tomorrow :-o  and I have nibbles to put on for about 12 teenagers before they head off to town clubbing - oh to be young, lol
Until next time x
See you soon...... Maggie 21 comments:

Well FANTASTIC news really!!,
I mentioned in my last post that I would be sharing something after the April 3rd, well here it is....My eldest daughter is making me a Grandma!!!  Can you believe that, me, a Grandma! I'm so excited!
She wanted to wait until after her 12 week scan before sharing the news with everyone, her scan was today, so here is the first photo of my first grand baby 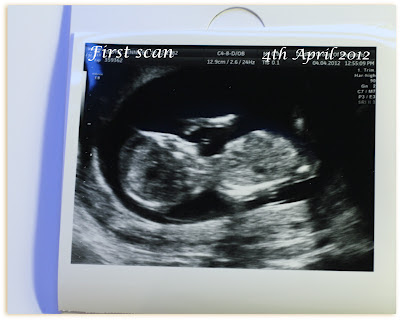 I know, you can't make a lot out, but i think it's great! I can hardly believe that my first baby is having a baby of her own!
I've already had the knitting needles out and finished a small blanket and there is another blanket in the making, and I'm having fun looking at all the little baby clothes in the shops, I want to buy everything, lol
~~~~~~~~~~~~~~~~~~~
I have also been awarded the.....

If you aren't familiar with the word Liebster it means 'favourite' in German, and the award is a way for bloggers to help each other out by spreading the word about cross stitch blogs with less than 200 followers.
I have been lucky enough to have been nominated for this award 3 times by different bloggers...WOW.
I want to thank Beth, Katherine and Dana who all nominated me (and all have the most amazing blogs which i love to visit).  I really do appreciate your nominations.  I truly hope that you don't think me a spoil sport but I am having a hard time choosing who to nominate, there are such a lot of  great blogs out there, plus we are supposed to list 5 random facts about ourselves, now I consider myself quite boring and I'm struggling with this, lol, so ladies, thank you so much and i really hope you don't mind too much, but I'm going to bow out of this one.
~~~~~~
Easter is fast approaching which means this week and next are are a 4 day working week, (so grateful for that!).  I've been asked by the girls if I'm cooking lunch on Easter Sunday, I suppose now i have a brand new cooker I really don't have a good excuse not to, lol
Until next time x
See you soon...... Maggie 18 comments: