It's a family thing

We survived the wedding!, we didn't stop late, the night time 'do' started around 7.30 and we lasted until about 9.30 and then headed home, we had been there since 2 o'clock so it had been a long day.
But it was a lovely day, the groom did get the brides first and middle names the wrong way round calling her Louise Marie, and it made everyone laugh when Marie said, no Rich, it's Marie Louise, lol

The bride looked beautiful, of course. 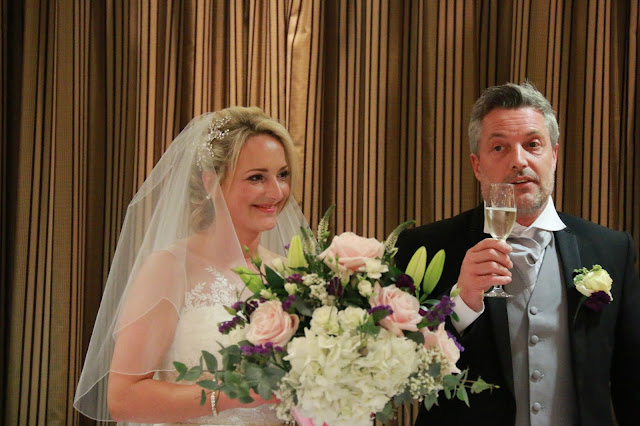 And there were some photo opportunity's that don't happen very often as it's very rare that we are all together in the same place.

Love this one of my brother and my mum 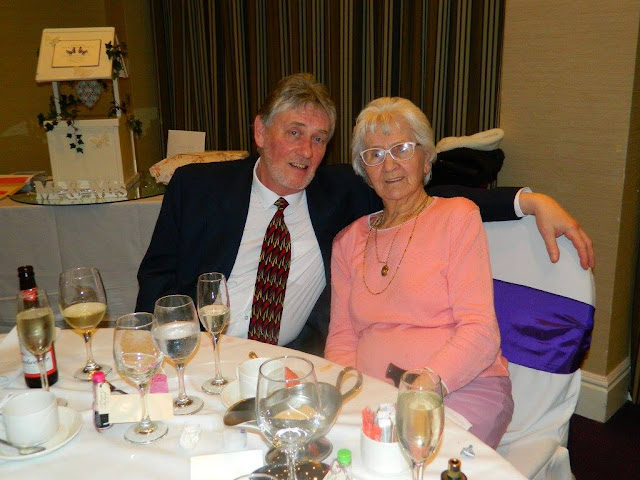 Actually, looking at this photo I can see how much my brother looks like my dad, I never really noticed how alike they were before, my dad was a bigger build but other than that they are very similar.  My dad hasn't been with us for a long time, died in September 1987, he was 61.

My brother was 62 at Christmas, (his birthday is the day after mine ), that's a very strange feeling for me to think that he is now older than our dad ever lived to be, and looking at my brother brings it home that my dad did die very young.

Mum will be 89 in August, she had just turned 59 three days before my dad died.

She has spent these last 30 years since dad died by herself, that's a long time to live on your own, but she has been ok doing that and has managed well, and still does. 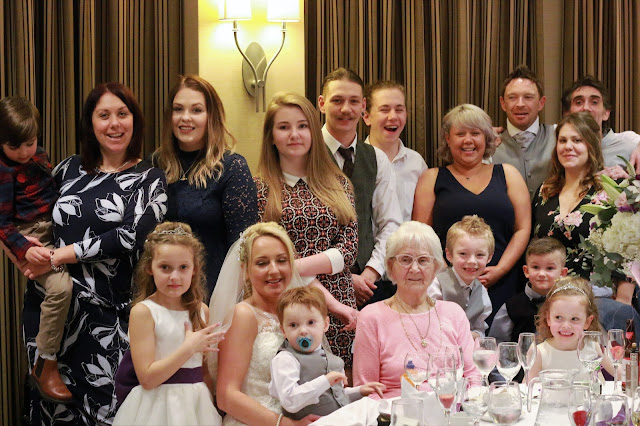 Dad wasn't perfect by any means, who is, but he loved us and did his best for us, he loved a family get together and would have been so proud to have all the kids together like this and seeing his first granddaughter get married.
Mum looks a bit serious here, I wonder if she is thinking that same thing?

The first one was for members of the Needlecraft Haven forum, this involved sending a pair of socks with the theme of  hearts, flowers or pink and also a couple of skeins of matching threads to your partner.

This is what I sent to my partner, Dusty.
As the socks I chose came in a pack of 3 that's what I sent, along with the threads and a little chocolate treat :-) 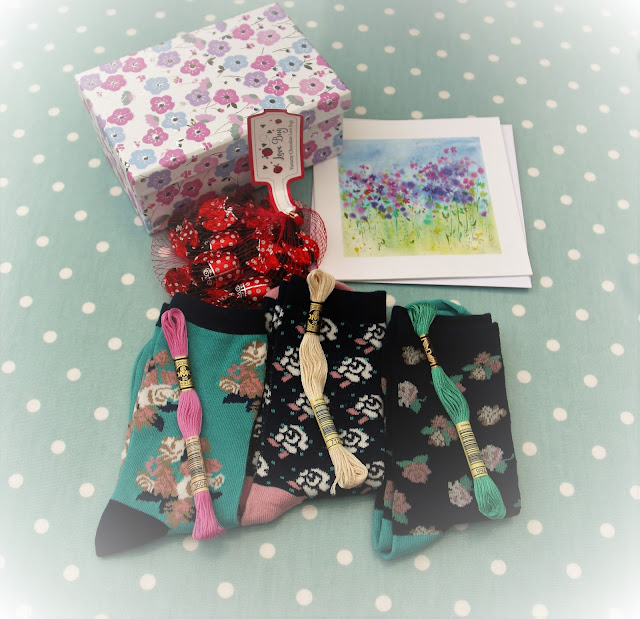 And here are the lovely socks and threads that I received from Barb. 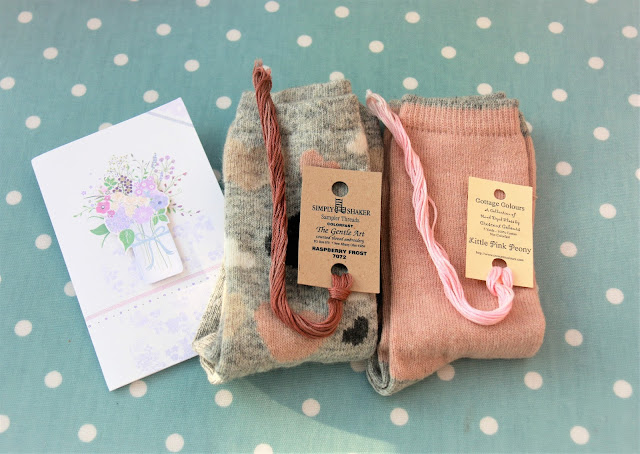 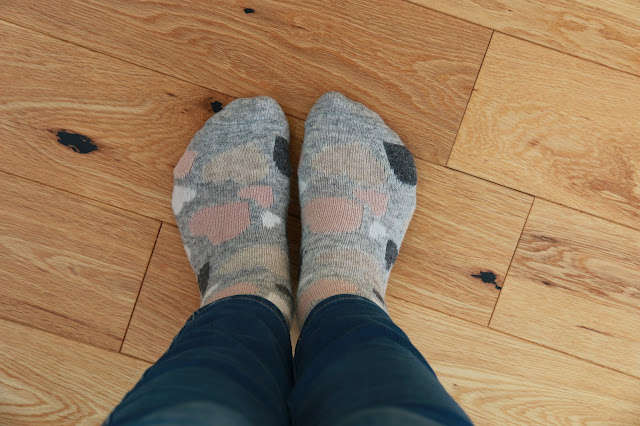 Next was the Send a Little Love exchange organised by Tracy who blogs at Mad About Bags.

The brief was to send 5 things, Something heart shaped, something handmade, some crafty notions, something red and somethings delicious to eat.

My swap partner was Lyn.
Lyn doesn't have a blog but she does post on IG and we bounced a few emails back and forth before the exchange, and I found it very funny that she has a dog called Maggie, lol.

This is what I sent to Lyn all the way over in Australia. 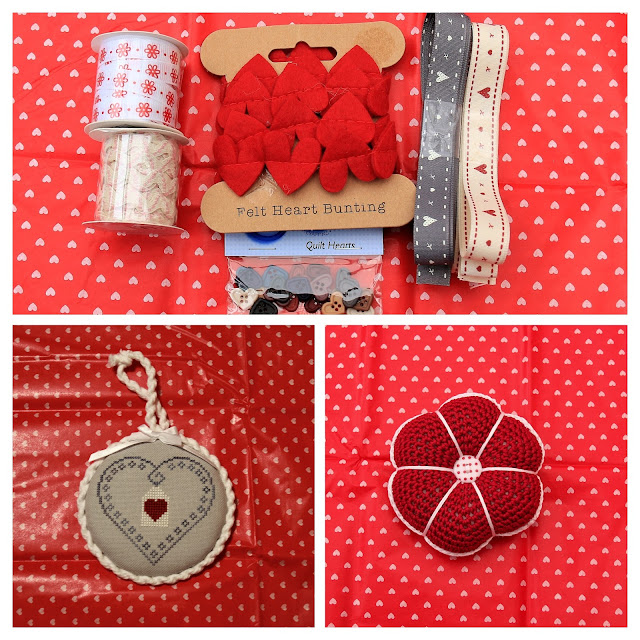 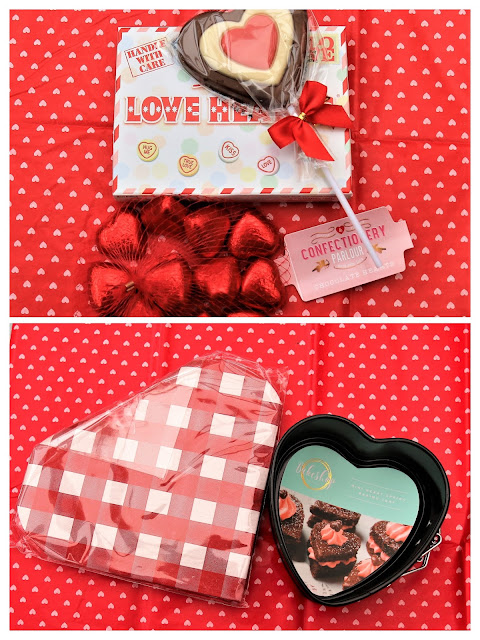 And here is what Lyn sent to me. 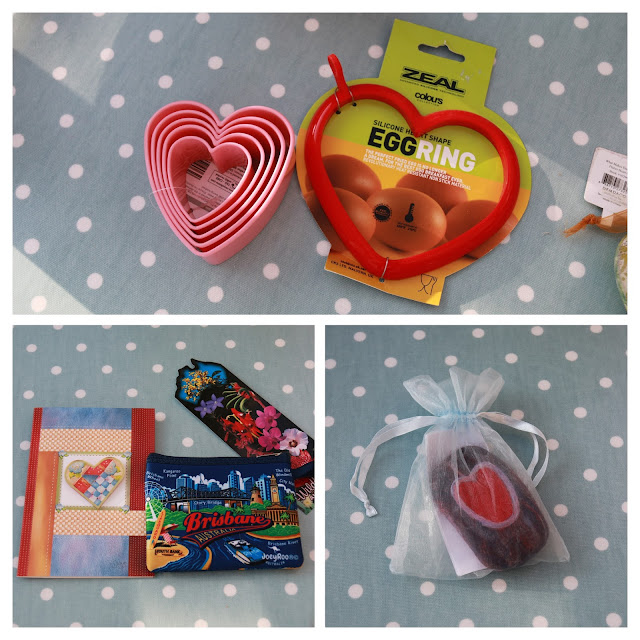 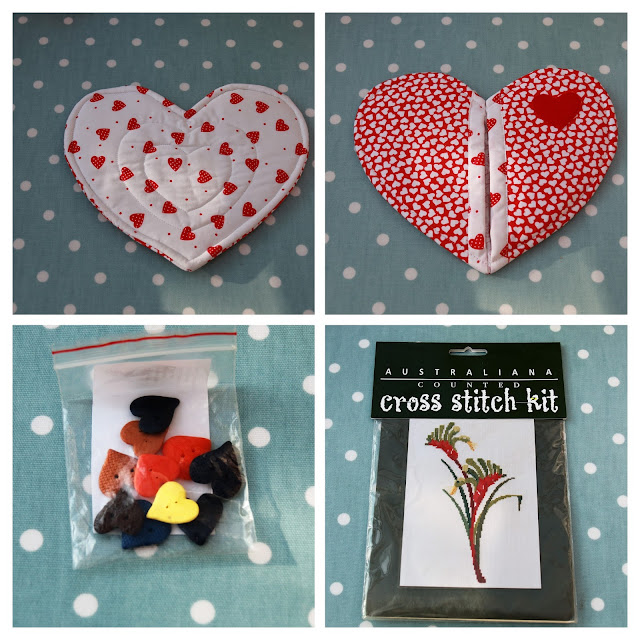 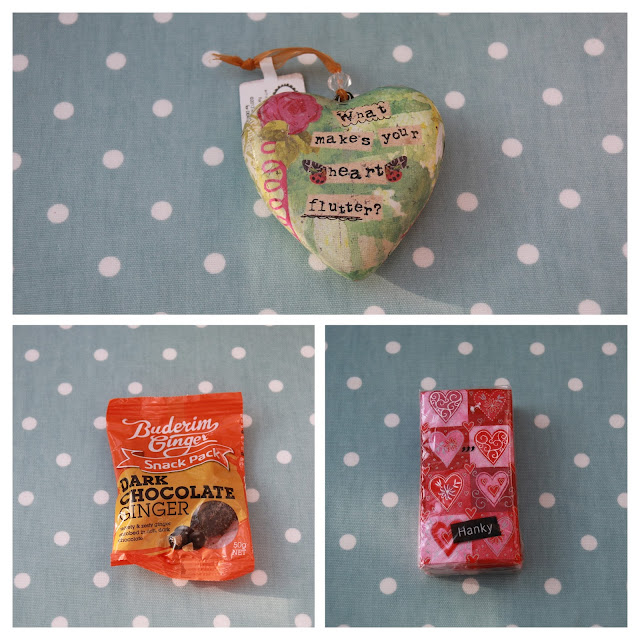 I'm still not feeling 100% and haven't really done a lot of anything this week apart from have early nights.  My Niece is getting married on Saturday so we have a wedding to go to, does it sound really awful of me to say that I'm not really looking forward to it?

I'm not really a party person, well neither of us are and I know we will be looking at each other after a few hours to see if the other is ready to make an exit, lol

I'll let you know next time how long we lasted!

As well as the fabulous Christmas present the girls bought us collectively, Joanne and Gavin also had another very special present on Christmas Day, just from them.

Here is the obligatory scan photo, but as with most scan photos you can't really make anything out. 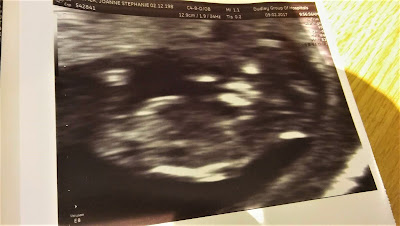 Her first scan was today and we are all very excited about his, or her arrival on or around August 27th!

They have been trying since they got married almost 2 years ago so it was a very special announcement and I don't think Joanne could quite believe it until today's scan.  I've been bursting to tell since they announced it on Christmas Day, and now I can, and I have, lol.

Nanny has already started knitting and squirrelling things away, (because that's what we do!), and I just can't resist all the cute baby things when I go shopping :-)

I haven't seen the scan photo in person yet because i've been laid up with flu like symptoms for the past 2 days,  I know it wasn't proper flu of course but it was bad enough to keep me in bed for all of yesterday and most of today, and i'm not one for lying around.  I didn't want Joanne coming up and risk catching what I had so i'll have to wait until i'm feeling better.

Any other news just feels a bit unnecessary after that announcement  doesn't it so i'll just say that at the beginning of the new month I changed my mantle decorations.
.  If you were reading my blog this time last year you will notice that they are exactly the same bits and bobs now as then. 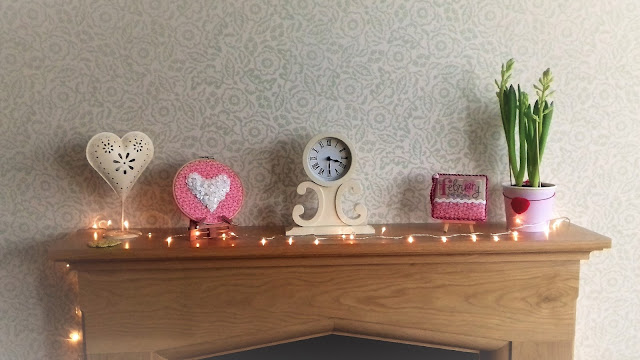 I shall also be looking forward to opening my Valentine exchanges on Tuesday,
I posted mine out in plenty of time so hopefully they have arrived safe and sound.  My Needlecraft Haven exchange parcel arrived sometime last week and my Send a Little Love exchange arrived this morning. so I will be able to share sent and received next time.

We've started the ball rolling with getting a new kitchen, and this weekend have to go and make final choices for handles and some other bits and pieces, the new window and door are being fitted on Monday.  I'm both looking forward and also dreading it at the same time.  If it was as straight forward as ripping the old out and putting in new I wouldn't be as bothered but there is a doorway to put in, some pipes to move, a water meter in the wrong place which has to be moved and plastering to be done.  I keep telling myself I survived the bathroom make over, I can survive the kitchen make over, lol