Whoooohoooo Our Very Own Super Model!

No, I'm not talking about cars, I've had it up to here with cars, lol (but thank you all for you good wishes and sympathies, i'll update on news another time)
I want to share some happy news with you this time.
A couple of days before we went on holiday i saw a competition advertised by the Cats Protection League in our local paper, they were looking for photos of cats for their 2011 calendar.
Despite much snickering from my family (they think I'm the crazy cat woman) i entered a photo I'd taken of Molly.
It had slipped my mind, what with one thing and another going on but i got an e-mail last night telling me that Molly's photo had been chosen to feature in the calendar!
I was over the moon :-)
but, it gets better
I emailed them the photo as they asked, and today i got reply to say that Molly has actually been chosen as the overall winner and her photo will appear on the cover of the calendar, and we also get to choose which month she will be! How cool is that!!!
Even better still is that she has also won a photo session with a professional photographer who will come to our house and take a set of photos which i will the be given on a disc (insert big grin here!)
Here she is the super model herself in her winning shot 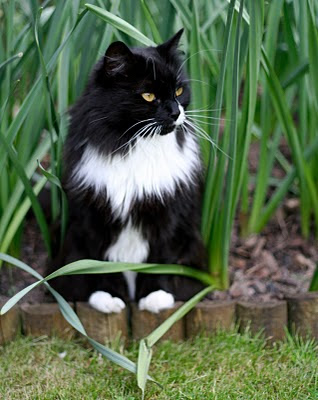 And because i have 2 beautiful girls i can't leave without showing a photo of Millie too, after all a mother has no favourites ;-)

I wish now I'd got a better photo of Millie too, then i could have entered them both, although It's harder to get a good shot of Millie because she is so fast and she thinks everything is a game, and being all black makes it harder 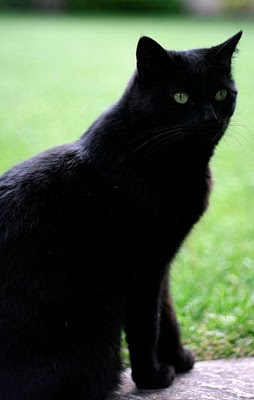 I can't tell you how much we love these two little faces, they mean the world to us.

Until next time x

Into my car! While we away last week i was phoning home every day just to check up everthing was OK, as you do, on the Thursday night my daughter asked me if i wanted the bad news.. as you can imagine everything raced through my head at those words, what i wasn't expecting was "someone's run into your car mum" That would have been bad enough, but i have had this car (a super duper Mini Cooper s, bright yellow in colour and complete with racing stripes!!) for less than a month.
~~~~~~~~~~
This is the best photo i could come up with which resembled my car. The difference being, mine has white wing mirrors and normal alloys, not silver.
(this one i've uploaded though looks more like a dinky car, don't you think?)

Luckily (if you can call it that) it was the fault of a neighbour 2 doors up and she wrote all her insurance details, date and time it happened down a gave them to Stevie.
Now, we live on a very steep hill, so i assumed she had parked behind my car and rolled when she pulled away, but no, she had parked outside her own house, gone in home and when she looked out of the window, no car, she must have forgotten to put the handbrake on and it rolled down the hill colliding with the back end of my car on the way!
The damage is not too bad, the bumper will have to be replaced and the little black grill, but apparently the damage on hers is much worse, i haven't seen.
However, as if that wasn't bad enough, i needed to go and get some food supplies in on Tuesday afternoon after getting back from the airport very early hours Tuesday morning, but my car wouldn't start, after calling the dealer we got the car from, and an AA man being sent out i was told that the starter motor would need replacing and it would have to be towed to the dealer garage the next day. Another AA man arrived the following day and tried it again before loading it on the truck, right away he said it was not the starter motor but the timer chain, much more serious and as far as i can make out is a big job, we are talking getting the engine out and stripping it down job!
I mean, this car is not old, 3 years is all! I've had a right game trying to get the dealer to give me a courtesy car (they were all out, yeah right!) when i asked about a hire care they said yes, you will have to pick it up from Stafford though, a 45 minute drive away..HELLO, I HAVE NO TRANSPORT HOW DO YOU SUGGEST I GET THERE??!!!
no answer came the reply.
Several phone calls later and after me ranting & raving like a woman possessed and telling them that if they didn't sort it out they could keep the car and give me my money back they said they would send someone out to pick me up and take me to Stafford to fetch the hire car.
Goodness knows when I'm going to get my car back, they won't commit themselves to a time yet, but at least i will have some sort of transport while it's in. The damage done to the rear end will have to wait until this episode is over.
Apart from coming back to this we had a lovely week away in the sunshine and i will post some photos next time so you can have a look see, for now though i really can't get in the mood for anything.
A happier update to follow soon i hope, until then take care and have a good weekend.
See you soon...... Maggie 14 comments: