Another year over (and older)

2015 seemed to fly by in no time at all, don't you find that the older you get
the faster time goes?  It's scary if you dwell on it too much.

This year wasn't really full of crafty finishes, they were few and far between, I'm not going to list them again now, (if I've stitched it or crocheted it this year it will be on my blog, somewhere).
We did have lots of other things going on, that at times, seemed to take over our whole life, weeks upon weeks of plastering, papering, painting, floor laying, you name it we did it.  Even right up until Christmas Eve.

There are still things to be added here and there, a coffee table, hall table, and some soft furnishings, but the big stuff is done, (well except for the kitchen but we have to feed the piggy bank again before we start this).

Mark has virtually lived in working clothes for the whole year, he's worked like a trooper.

The highlight of this year was of course our middle daughter getting married.

Joanne and Gavin are just right for each other.  She was never an easy teenager, and she would agree with me saying that, but I must have done something right along the way because she has grown into a very sensible and hard working woman.  I hope that they will always be as happy as there were that day. 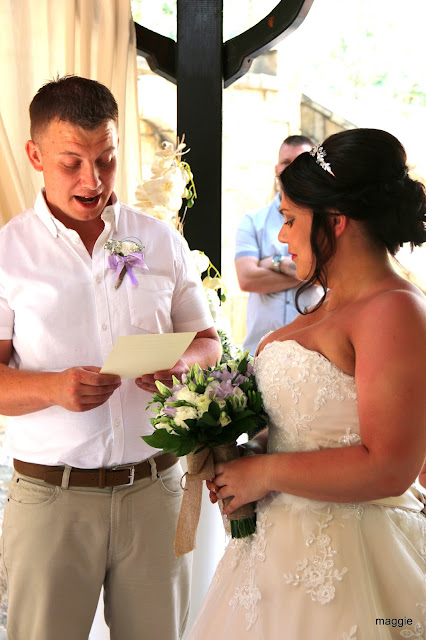 I will be starting it a year older.
My birthday was December 27th, when I turned 54, I don't go in for big celebrations, Mark booked a meal in a nice Italian restaurant that I have been wanting to try for a while, and he booked it all by himself, I was impressed, lol
He also put some money on a John Lewis card for me because I couldn't make my mind up what I wanted.
There were also some lovely gifts from my 3 daughters, they always spoil their Mother Duckling.

Thank you to Clare and Julie for thinking of me too, December birthdays are notoriously hard as everyone is already stressed about Christmas so I am always touched when someone remembers.

One of the things I want to do in 2016 is a monthly mantle decoration.
I've seen this on other blogs and always think it how nice it looks, so now that my (very merger this year), Christmas decorations are down here is my January Mantle, (just a little bit early). 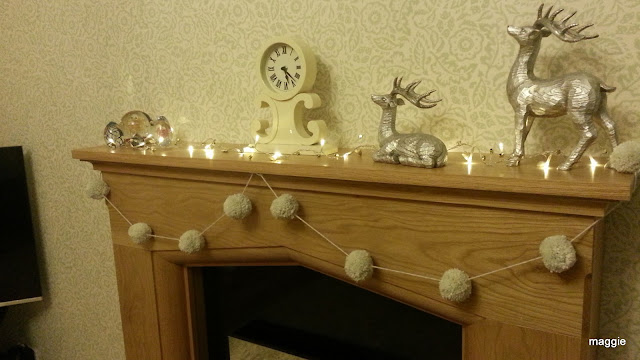 It gets harder each year to seek into Stevie's room and leave her presents without her hearing me.  Yes, I know she's 21 but she still never sees any presents until Christmas morning and I still sneak around the house in the early hours playing Santa. 😀 When she wakes up she will bring her presents into my room and sit in bed with me to open them.  Up until our other girls left home they did this too, my bed used to get very crowded!

So that explains why I'm writing a blog post at 4.30am😉
At least I can have a lie-in later, unlike when they were little.

Just in the nick of time I finished 2 more ornaments, these are Lizzie Kate - Tiny Tidings XIX 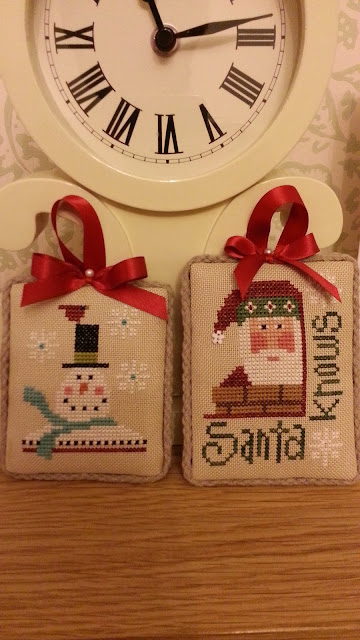 I have a couple of smalls kitted up ready to start over Christmas, I have a nice long break,  (not back at work until January 6th), so looking forward to a rest.

That's it for now, except to say