A weekend of highs and lows

We had tickets to the Festive Gift Fair at the NEC in Birmingham on Saturday, I had not been into work for two days previous because I wasn't feeling too well, (sore throat and cold)  and to be honest I still didn't feel great on Saturday but Joanne had pre-booked the tickets and I had been looking forward to it, so off we went.
It was very very crowded but we did manage to get quite a few new Christmas decorations, including these furry reindeer's which just had to come home with me :-)
I bought a few presents too, so all in all it was a good shopping day. 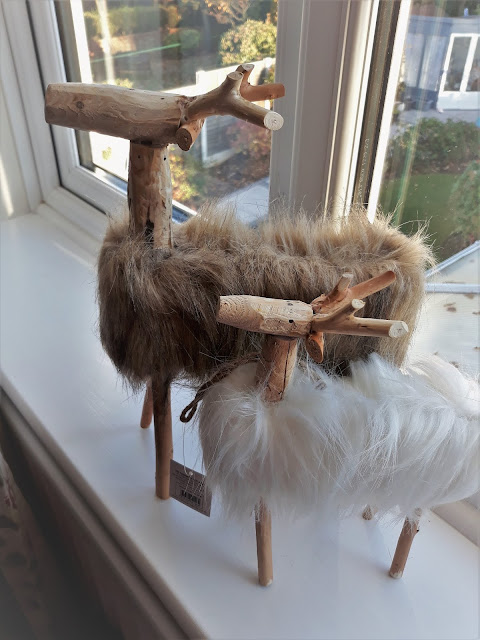 Joanne had left Bonnie at home with Gavin as she had come down with a cold too and had got up with conjunctivitis that morning, it was a good job she had left her at home too because as we were nearing home Jo called Gav and he said that a couple of minutes before Bonnie had gone all limp and stopped breathing!!  It never occurred to any of us that it was a convulsion, mine never had one as babies and I didn't know anyone that had.
Anyway they took her to A&E where she had another one, which of course totally freaked Joanne out! her temperature was really high which can apparently cause these convulsions but because of her age and the fact she had two in less than 24 hours they kept her in hospital.

She has a slight chest infection which they are treating with antibiotics and also treating her eyes, her poor eyes are so red and look so sore, she is really full up with cold and not herself at all but thankfully there have not been any more convulsions.

She was allowed home this afternoon and Jo said she was happy to be home and see all her toys again, (nanna had been round yesterday and sat all her dolls and teddys up to have a picnic ready for her to come back) Joanne said Bonnie thought it was funny when she saw them , especially the little dog that was sat reading a book ;-)

I'm just glad it made her smile when she came home.

Because of one thing and another, (including rain), I've not been able to get out in the garden and clear up the leaves like I usually do this time of year.  Sunday's weather forecast was dry and sunny so we planned to have a morning out there and get them cleared.

I posted some photos on Instagram in the week of how many leaves had come down but
when I got up on Saturday and pulled the blind up on the kitchen window my mouth dropped open!

There are more leaves in my garden than up the park, lol 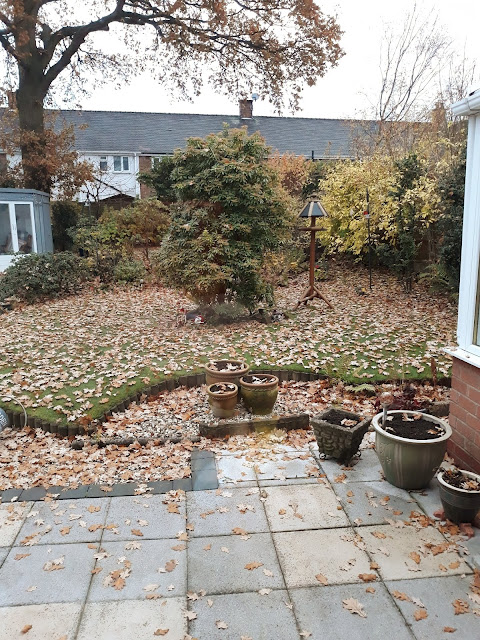 It does look rather pretty though when the sun is shining :-) 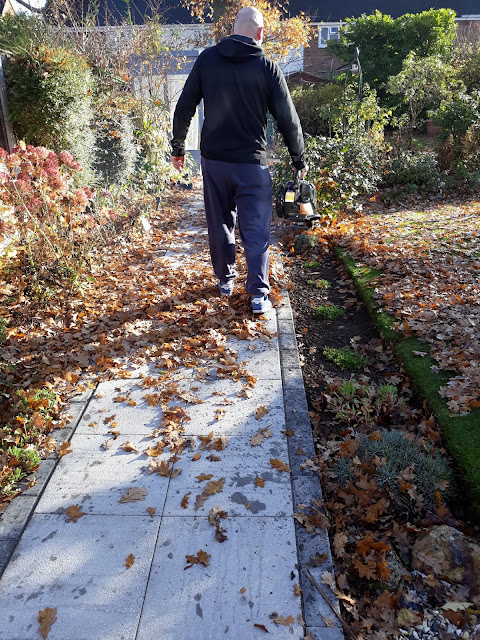 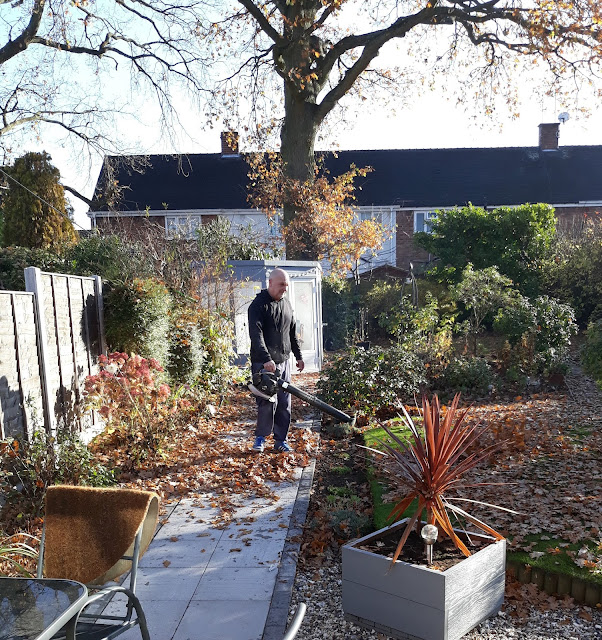 Much greener looking after 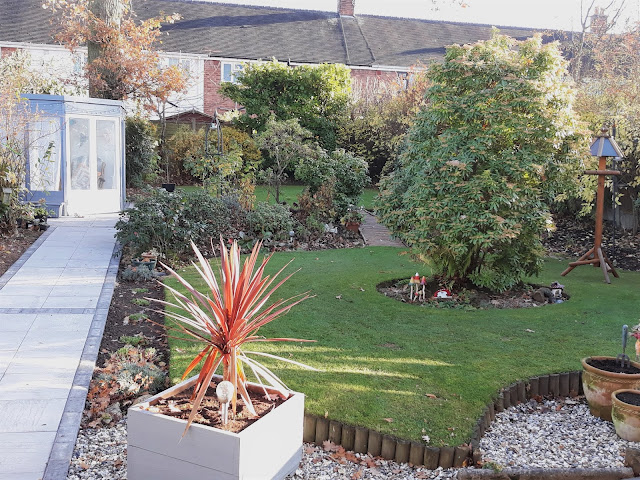 The compost bins are full now and there is also a small leaf mountain at the side of the bigger bin which I will gradually put into the compost bin as it dies down.

Fingers crossed the weather will stay dry and we can do round two of clearing this weekend, there are still quite a few leaves to come off the old oak tree yet.

Have a good week