The most wonderful ruin you will ever see (probably) 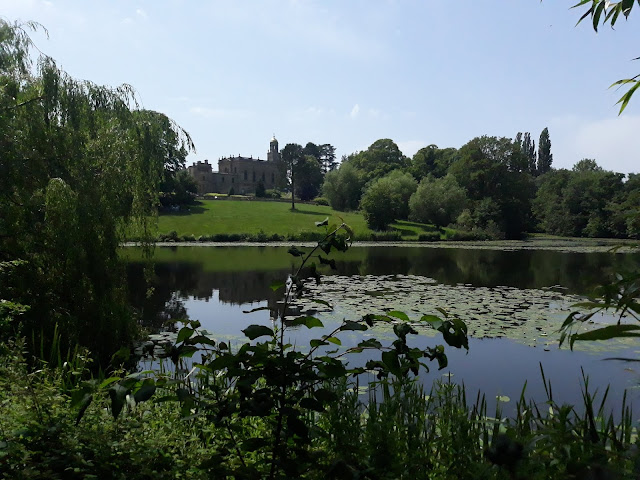 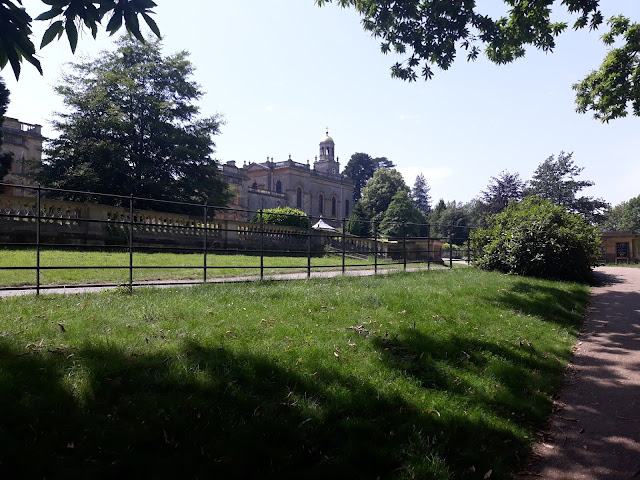 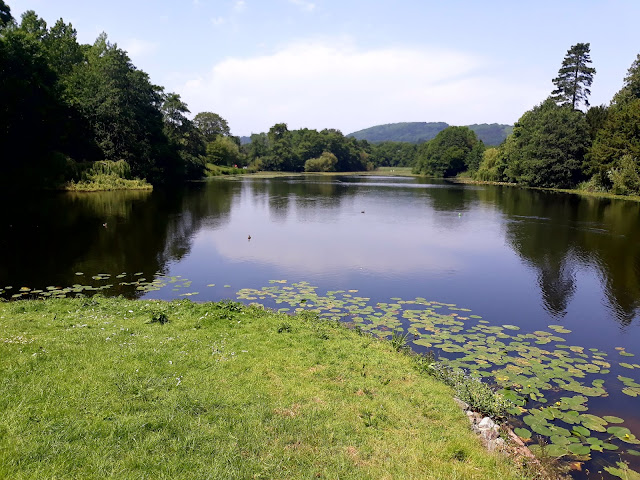 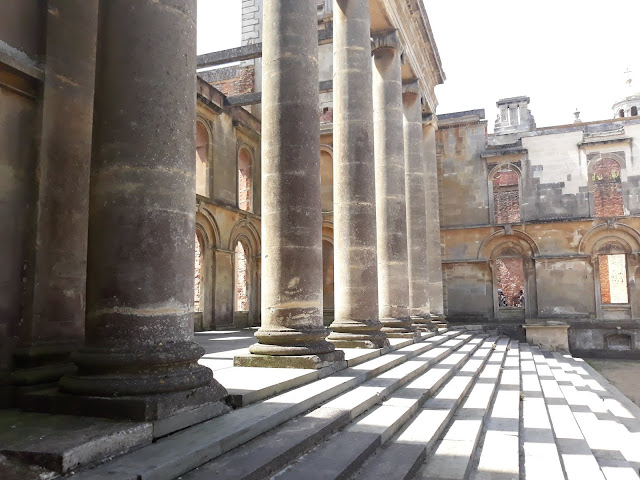 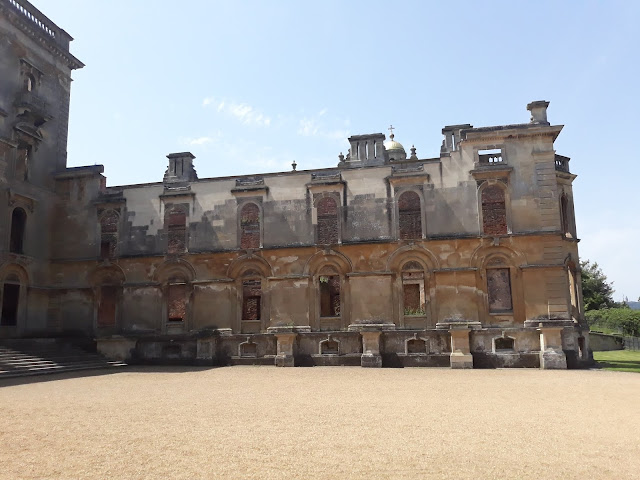 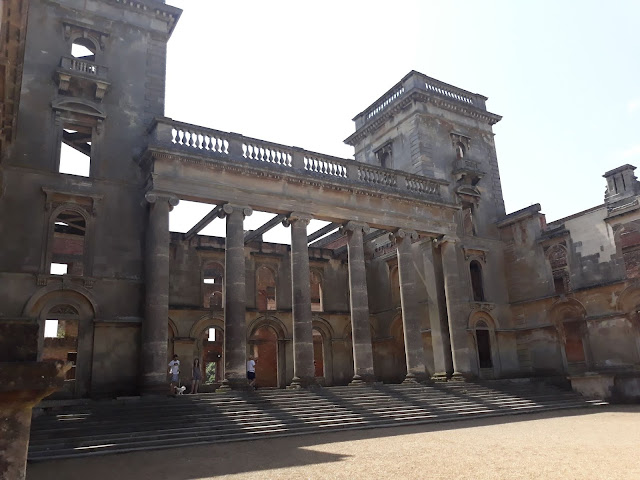 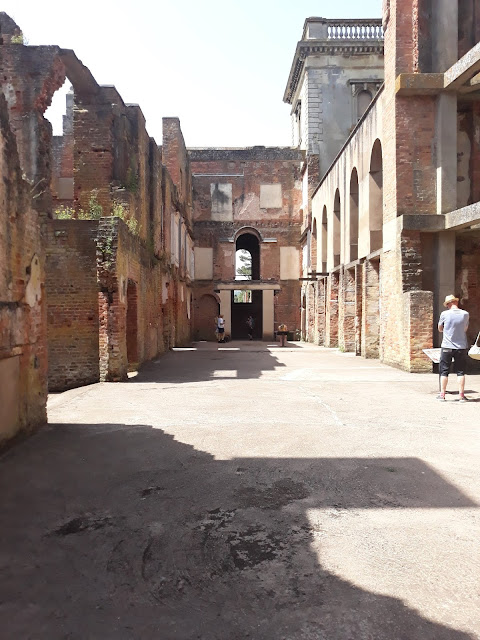 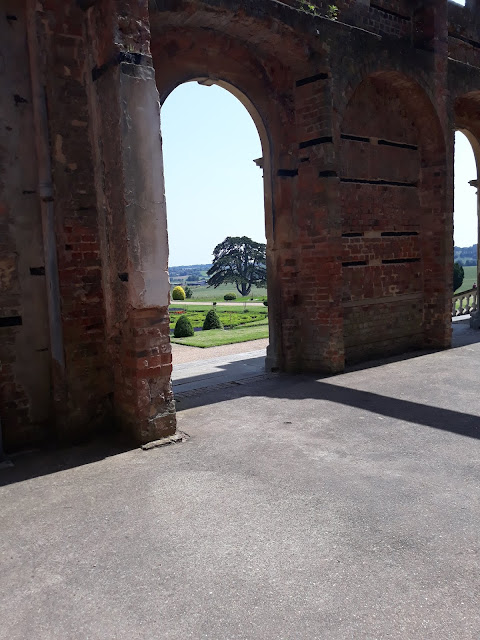 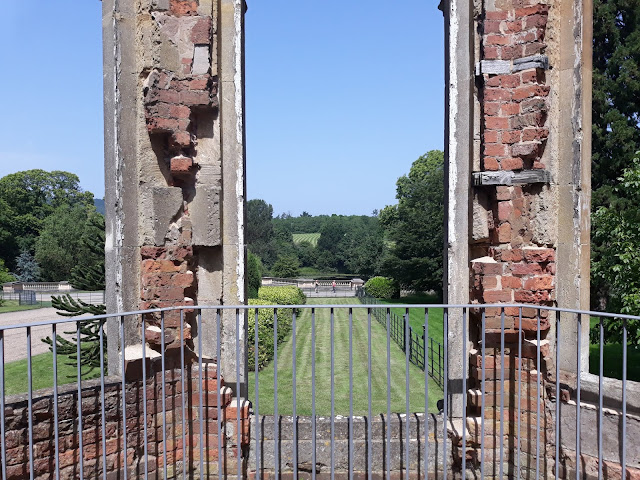 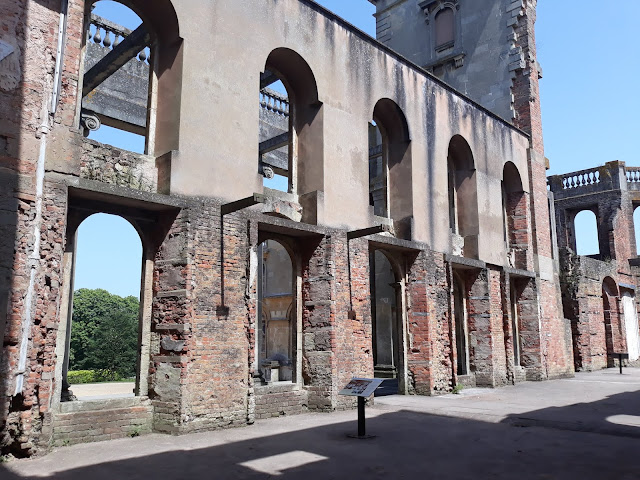 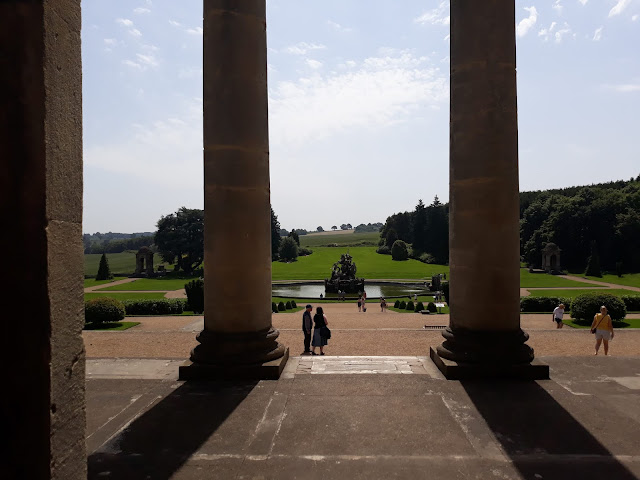 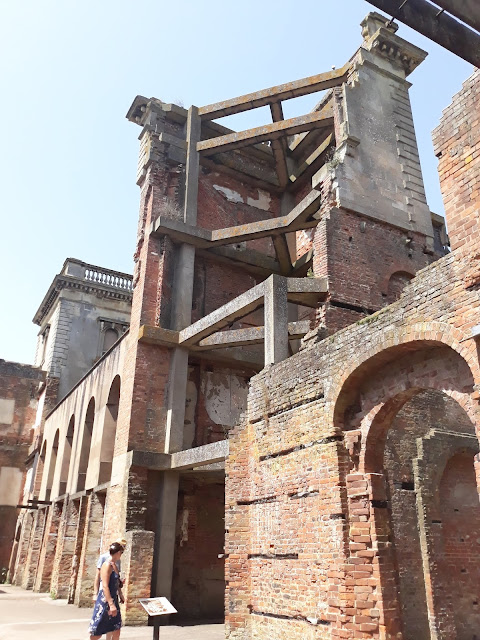 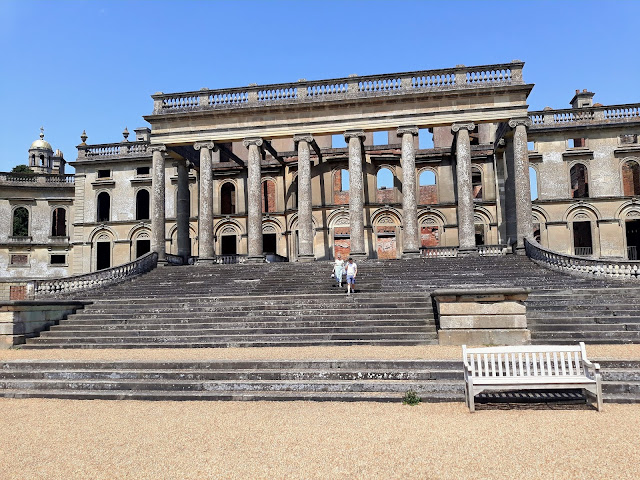 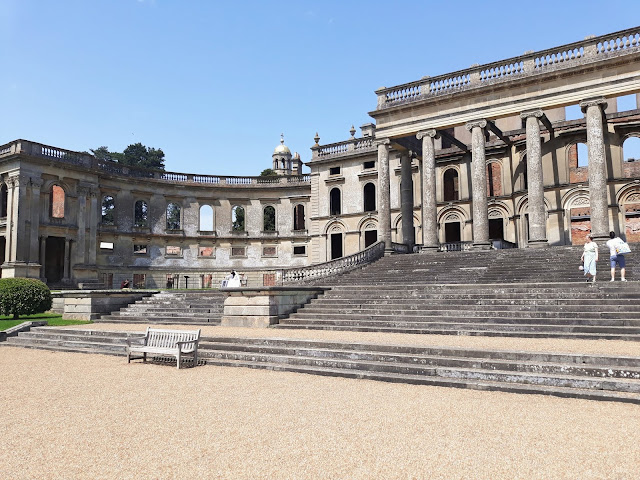 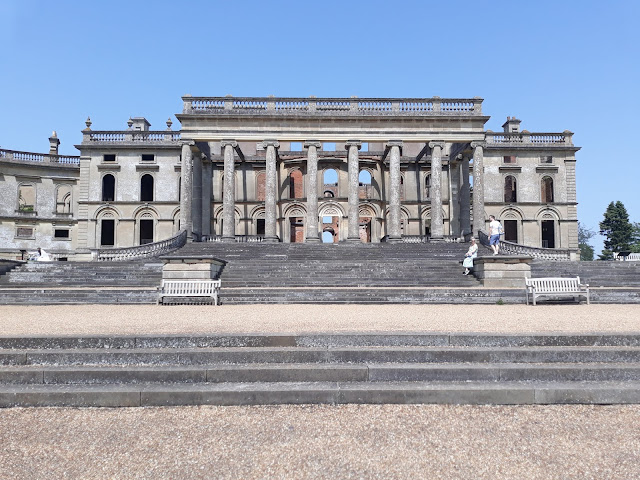 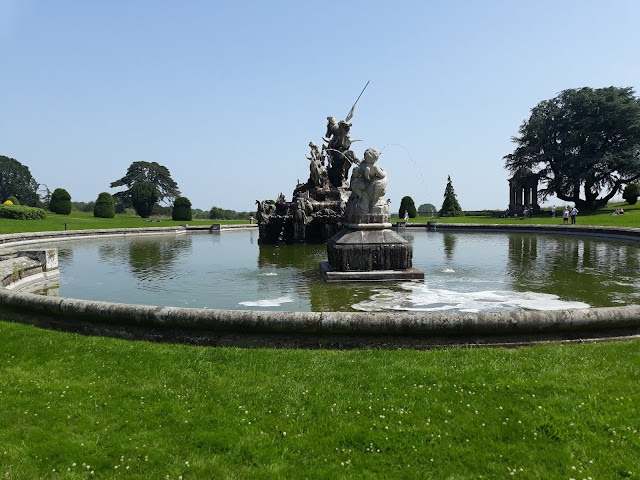 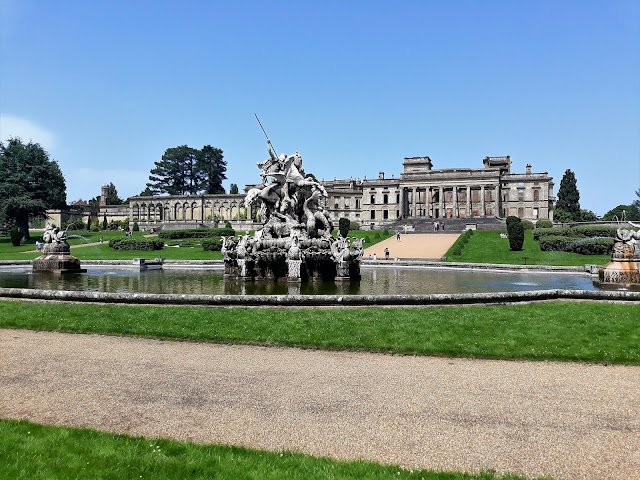 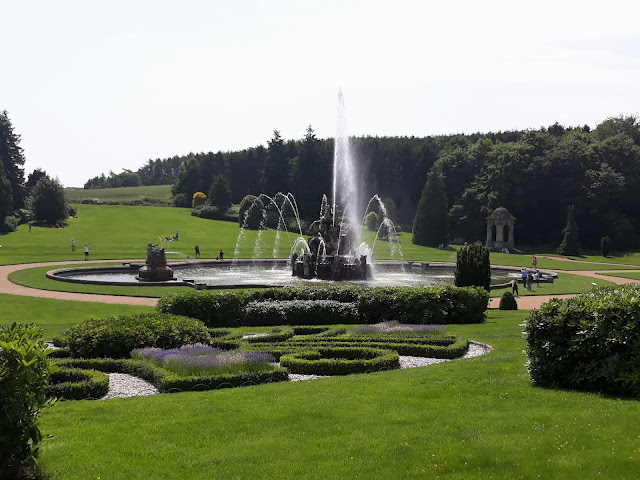 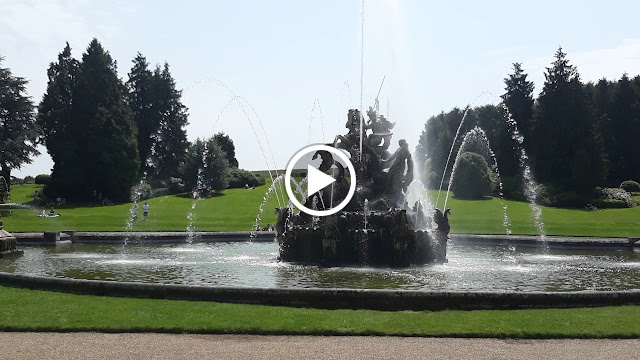 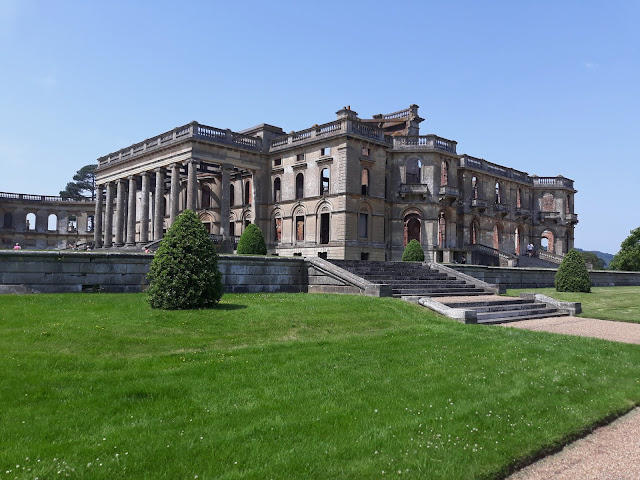 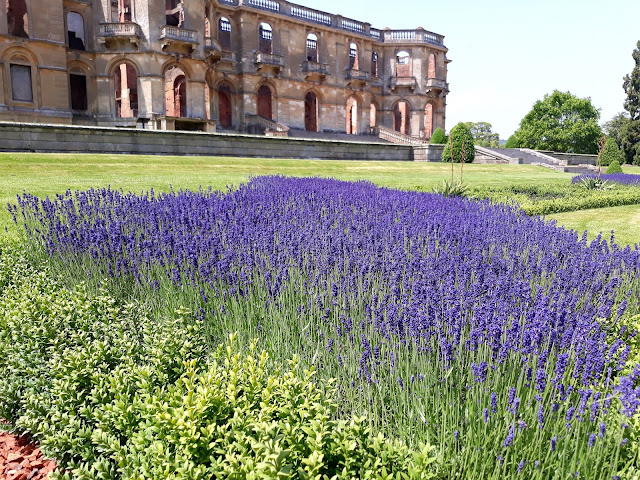 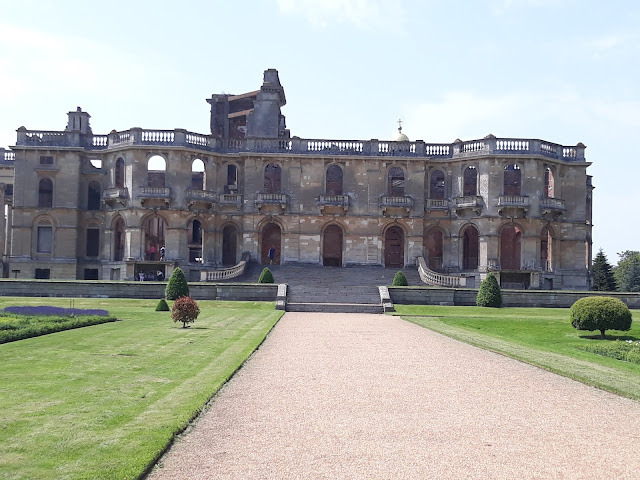 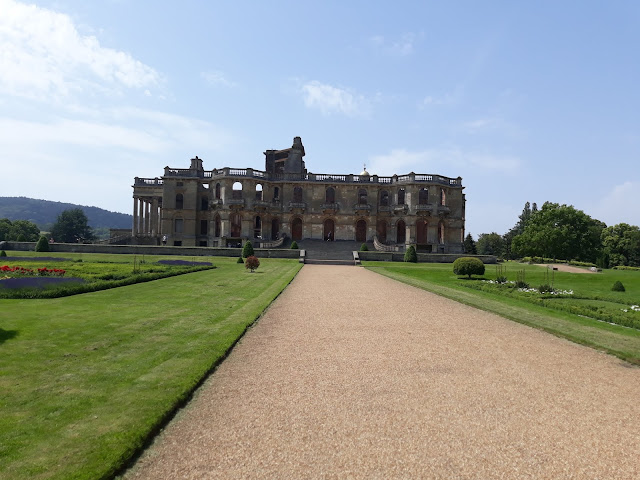 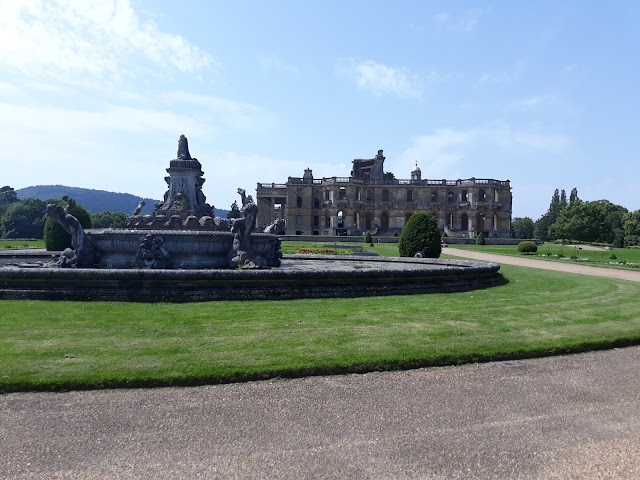 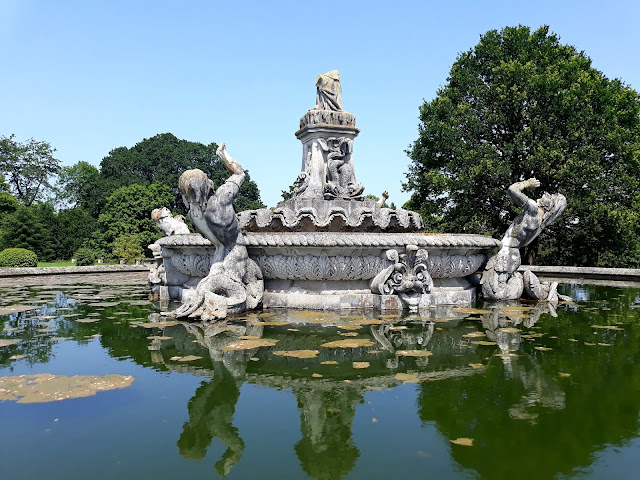 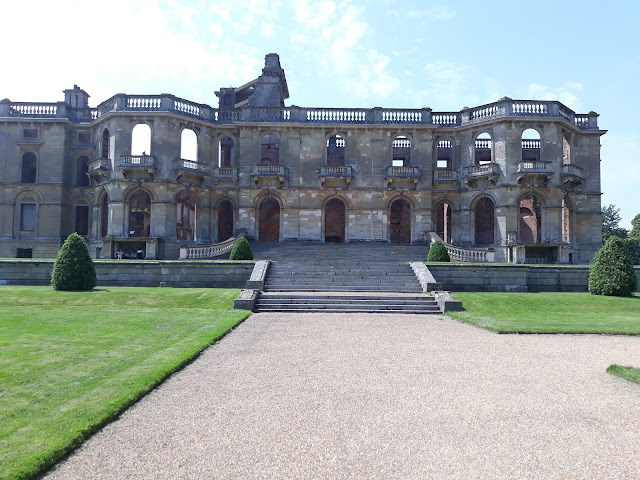 The house dates back to the 17th century and was bought by a Thomas Foley in 1655.  The Foley's were Ironmasters and made a fortune in nails during the Civil War.
I was taking to one of the guides and apparently one the Foley's invented a nail making machine and that was what made his fortune.

In 1833 the house was sold to to the trustees of  William Humble, Lord Ward,  in order to clear debts.
William Humble later became the 1st Earl of Dudley and the house stayed with the Dudley's  until the 1920 when the estate was sold in lots.  The house along with 800 acres was sold to Sir Herbert Smith, a carpet manufacturer from Kidderminister, he had electricity installed and reduced the number of staff.  Sadly in 1937 a fire broke out in the east wing and although the west wing was untouched Sir Herbert decided to sell up, the house was stripped and left to decay.

Fortunately for us in 1972 the Government rescued it and it is now in the care of  English Heritage and is there for all of us to enjoy.  The grounds are beautiful with woodland walks and plenty of places to picnic and the Perseus and Andromeda Fountain is one of the best fountains I've ever seen.  Every hour a canon like sound goes off and the fountain is fired up, it's wonderful! Imagine when the house was at it's best and looking down the gardens to that fountain, it must have been a sight to see!
Still is a site to see, but you know what I mean.

I spent all afternoon there and still didn't see everything so I will definitely be going back again, It's was only a thirty minutes drive but was a whole world away. 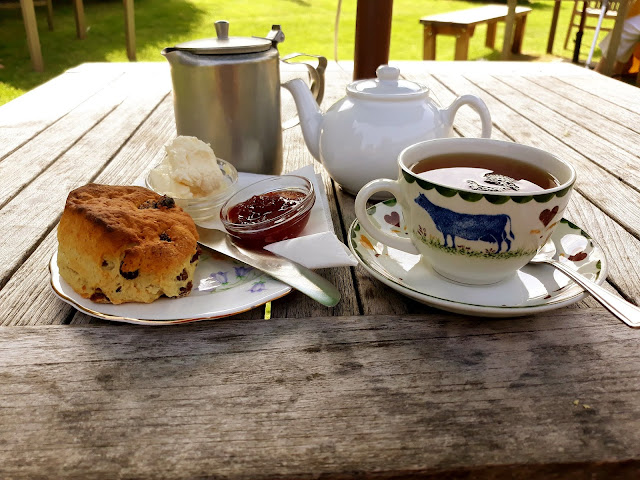 If you follow THIS link you can read all about the house and it tells it so much better than I could, I hope you do, it's very interesting.

(I have included a little video of the fountain, but have no idea if it will work once I click publish)

I can't seem to get the video to work but it does look wonderful. Fancy buying a house like this and just leaving it to decay. I'm glad it's been rescued and that it's there for everyone to enjoy now.

Looks a lovely place to visit, your photos are amazing.

Thanks for showing such a wonderful house and grounds. Wish I lived in England so I could go and visit this place. The video dose not work. But I looked at it all and was amazed. Your right some people should not have more money than others. hugs

nice article.
thank you for sharing

I am so glad you shared this with us Maggie. What an amazing day you had! This is just beautiful.

Beautiful photos of an amazing place! We must definitely visit. I think you'll need to put your video into youtube then you can add it into your blog( I get confused which is upload and download ) I tried it once and it didn't work so I asked the Blogger help community and that's what you need to do. Best, Jane x

A nice place to visit and the afternoon tea looks very inviting, very welcome after a wander in the lovely sunshine I bet.
Great cushions, the sewing machine and me are not the best of friends!
Glad others could help with the plant naming.
The food looks delicious ... enjoy.

Thank you so much, I found this very interesting. The tea looked delightful!

What an interesting day you must have had visiting Witley Court, Maggie! The house and grounds look so amazing--I would have loved to have seen them in their glory days. We don't have such grand estates here in the U.S. (other than The Biltmore in North Carolina) so I truly hope to visit England some day and see some of yours! Thanks for sharing :)

As others have said I couldn't get the video to work either … but I enjoyed seeing all of your photographs, including the tea!

Great write-up and photos - thank you for the kind mention!