Today has been one of those day's when I felt I was on the winning side.
I went to bed really early last night, I was shattered after working in the garden for most of the day, I was too tired to even knit once I sat down so took myself off for an early night.   Mark finished painting the Summer house and shed while I worked in the garden.  He started painting on Saturday, it rained on and off but that part of the garden is sheltered by the tree so he could carry on, it was really windy though and I think he'd had enough of being out there.  It needs another coat when he's back at the weekend but, it looks so much better already I think.

I felt so much better this morning after my early night, I got through all the jobs on my list and even managed to do a pile of ironing before lunchtime too 😇
It was while I was ironing that I thought about summer stitching, (my mind wonders and random thoughts pass through my brain when I'm ironing!!) 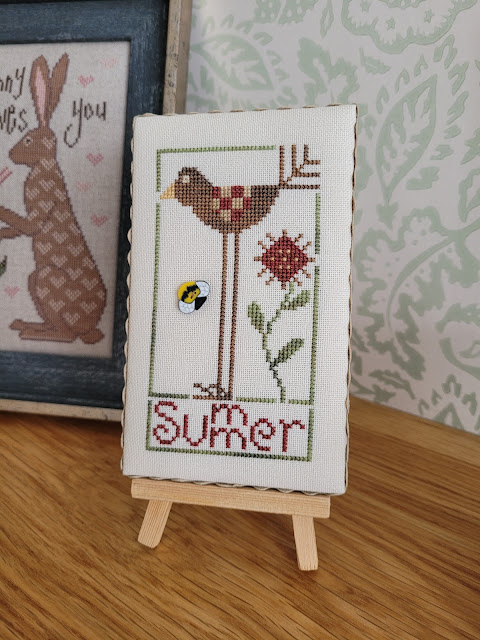 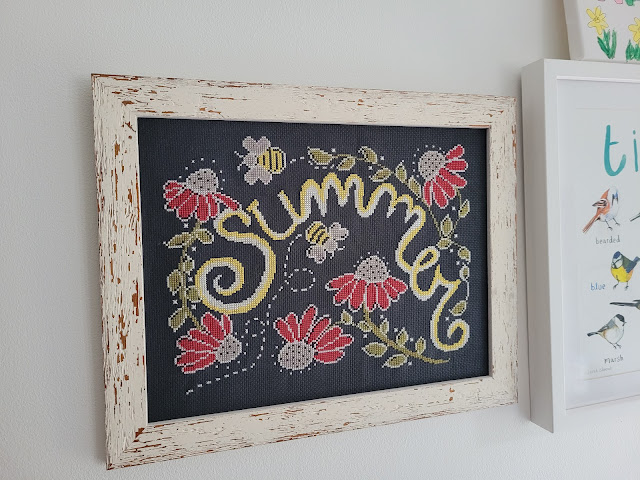 It wasn't all work today, I had a lovely relaxing afternoon knitting and watching the new Downton Abbey film and then later watched the boys for a hour while Jenny and James went to the open evening at the school for when Arty starts in September. 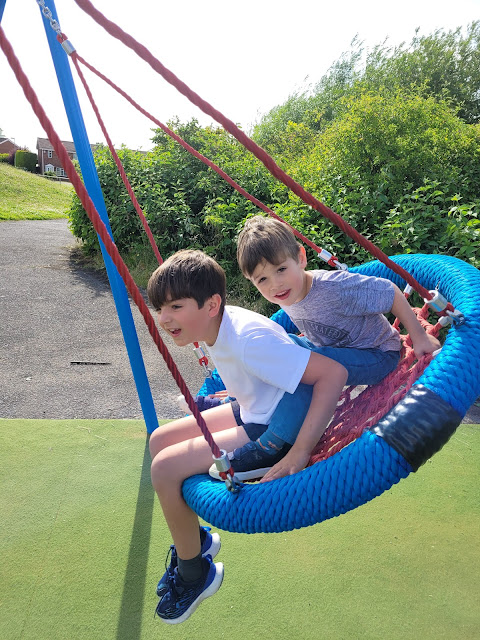 A simple but lovely day, lets hope the rest of the week is just as good.
How has your day been?
-X-
See you soon...... Maggie

Sounds perfection garden and grandsons. I had the morning with daughter and grand daughter.

Wasn't the movie excellent. I really enjoyed it.

Your garden and the shed look lovely.

It's amazing what a good night's rest can do. I have seen the Downton movie yet but it's on my list to watch. I loved the show and the first movie. Enjoy your week!

Oh we all ned days like this , Stitching and garden look wonderful.

Doesn't it feel good when you're worn out at the end of the day after you've been busy. It sounds like you earned an easier day after that. Goodness, I can't believe that Arty is starting school already, where do the years go?

I would like to sit and stitch in your garden. It’s too hot here in the south of Italy. We have “Caronte” upon us. I like your cross stitch. Let’s children enjoy summer!
Miriam

I like the color you painted your Summer House. The boys look like they were having fun. Nice summer stitchy pieces.

Sounds a lovely day.
Lovely photograph of the boys on the swing.

We are going out for lunch tomorrow, looking forward to that.

It's amazing what a good night's sleep can do for us! Your hard works paid off because your garden area and little house look amazing, Maggie. Hope you have more equally lovely days ahead ♥

A good nights sleep eludes so many of us, glad you got one. It can make such a difference. Sounds like a fun day with the grands. Would love to see a photo of what your knitting project is. The garden looks awesome.